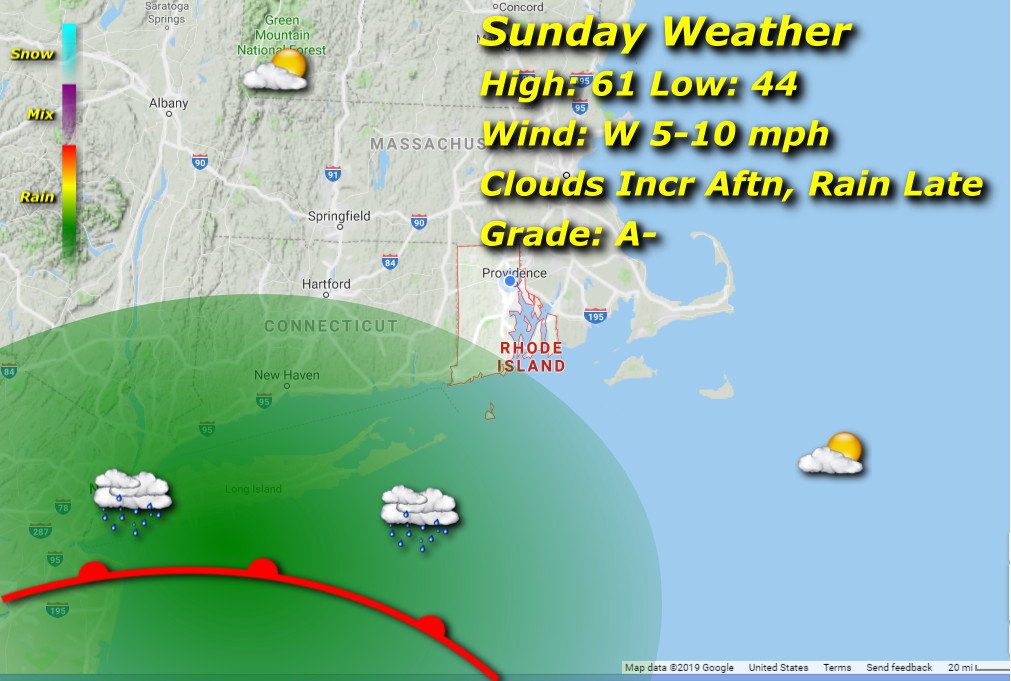 An upper level low will churn over eastern Canada around which a series of weak fronts will roll through New England. Some showers organize offshore during the day, but stay out to sea, sparing us the wetness. We’ll have an afternoon high in the low 60’s following a morning low around 50 with a light northwesterly breeze.

A clear and chilly start, morning low in the lower 40’s warm to the low 60’s by afternoon as cloud cover increases over a light westerly breeze. Light rain is likely to strike by midnight and continue through sunrise Monday as a warm front approaches from the southwest.