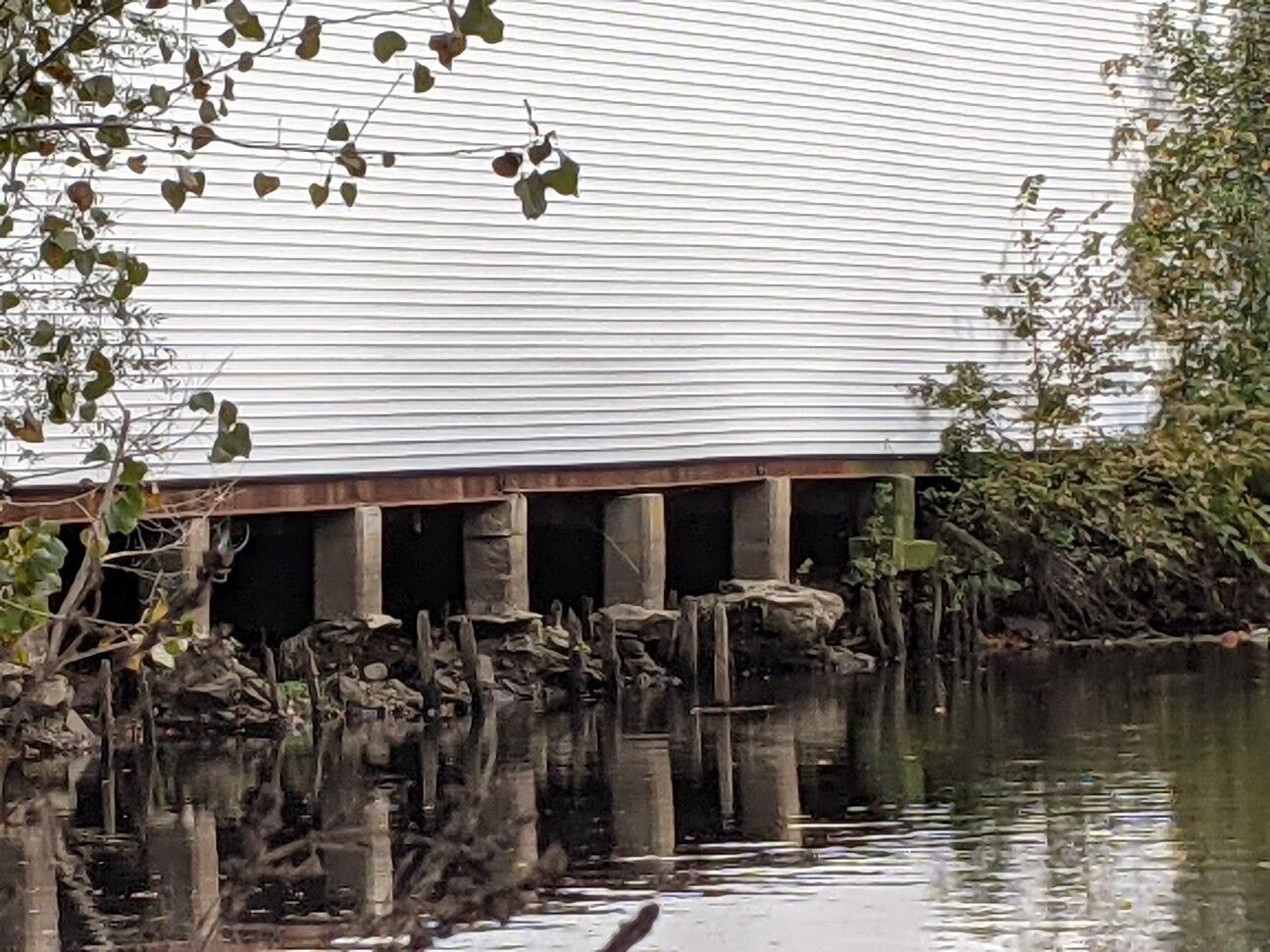 Just when special events were getting back on everyone’s calendars, serious structural damage was found at Rhodes-on-the-Pawtuxet in Cranston, an iconic gathering spot for large events from weddings to expos and business and nonprofit functions. Pilings that go into the ground at the Pawtuxet River – see photo, above – have badly deteriorated and will need extensive repairs.

Rhodes-on-the-Pawtuxet in Cranston was “made aware” that the pilings on the water side were in such bad disrepair that safety of events was a concern. Media reports credit a passing kayaker with the notification.

So far, the facility will stay open to events with attendance of less than 600, and the mezzanine areas will not be able to be used on both the lower and the upper floor – these are the areas that are up a few steps from the main floor and circle the ballroom area on the first floor and the second floor.

Cranston Mayor Ken Hopkins was on-site Friday afternoon to view the damage, noting that he had been at the facility just days before. The city issued a “Notice of Violation” for “apparent structural deficiencies.”

Only one large event has been canceled so far – the large Statewide Business After Hours networking event has been moved to the Crowne Plaza in Warwick. That event is the state’s largest networking group with business and Chambers of Commerce setting up informational tables and running the event throughout the night.

Hillary Williamson, General Manager of Rhodes said that it will take at least 4 weeks to complete the engineering study and analysis of the damage – then repairs will begin after that. Williamson noted that the area needs to be reached by boat, and drones will be used as well to accurately view the area and make a repair plan.

In 1872, Thomas H. Rhodes recognized Pawtuxet’s recreational appeal when he opened a modest one-story frame pavilion for clambakes and flat-bottomed canoe rentals. “Rhodes-on-the-Pawtuxet”, as the operations were soon known, quickly expanded to include facilities for dancing, rowing, and canoeing.

In 1898, the grounds were enlarged, and the original building was expanded, building a new casino to meet public demand.

In 1915, a fire in a neighboring canoe house spread to the Rhodes complex, destroying nearly everything in its path. Sadly, many of the outbuildings were completed razed to the ground. In August, the architect John O’Malley designed the present Rhodes ballroom, in Classical Revival design, which opened to the public with more than 10,000 guests in attendance.

In 1978, Rhodes was placed on the prestigious National Register of Historic Places. Its architecture is known for its trademark Queen Anne scrollwork and turned corner posts.

Rhodes, in 2015, was identified as owned by the Shriners of Rhode Island Charities Trust.