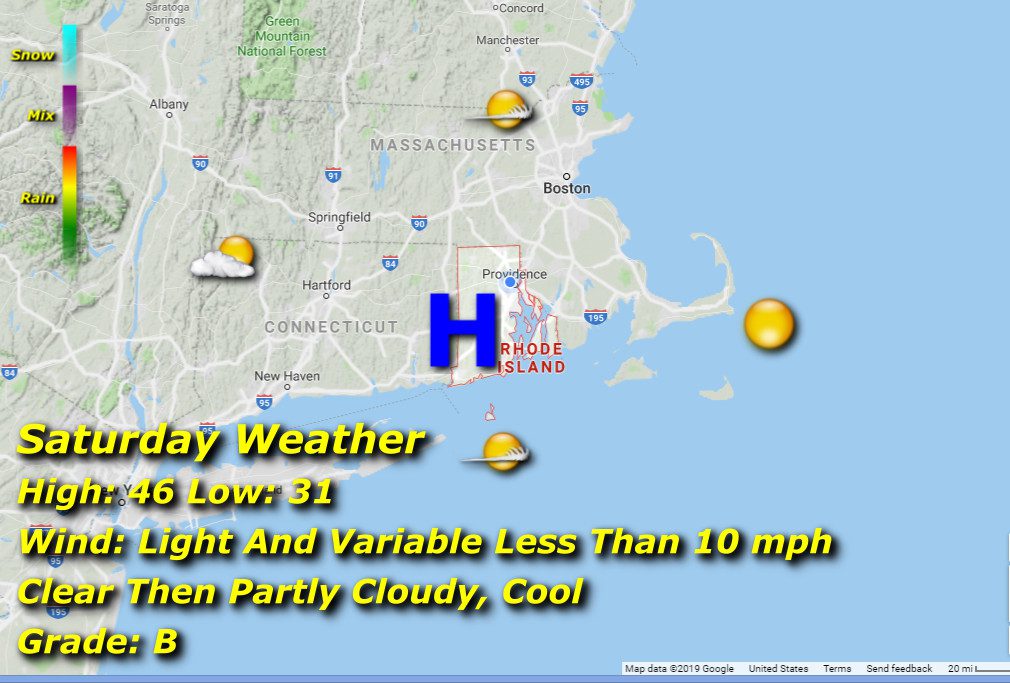 High pressure builds in and keeps things calm through the day, if a little on the chilly side. Low 30’s in the morning warm to the mid 40’s in the afternoon with initially clear skies beginning to cloud up later in the day ahead of a weak developing low pressure area.

A weak trough moves through in the predawn hours with some light showers ending a bit after daybreak. Clouds will stick around for most of the day with a break or two before the next system rolls in. Morning lows in the mid and upper 30’s rise to the mid 50’s with a light southerly breeze.