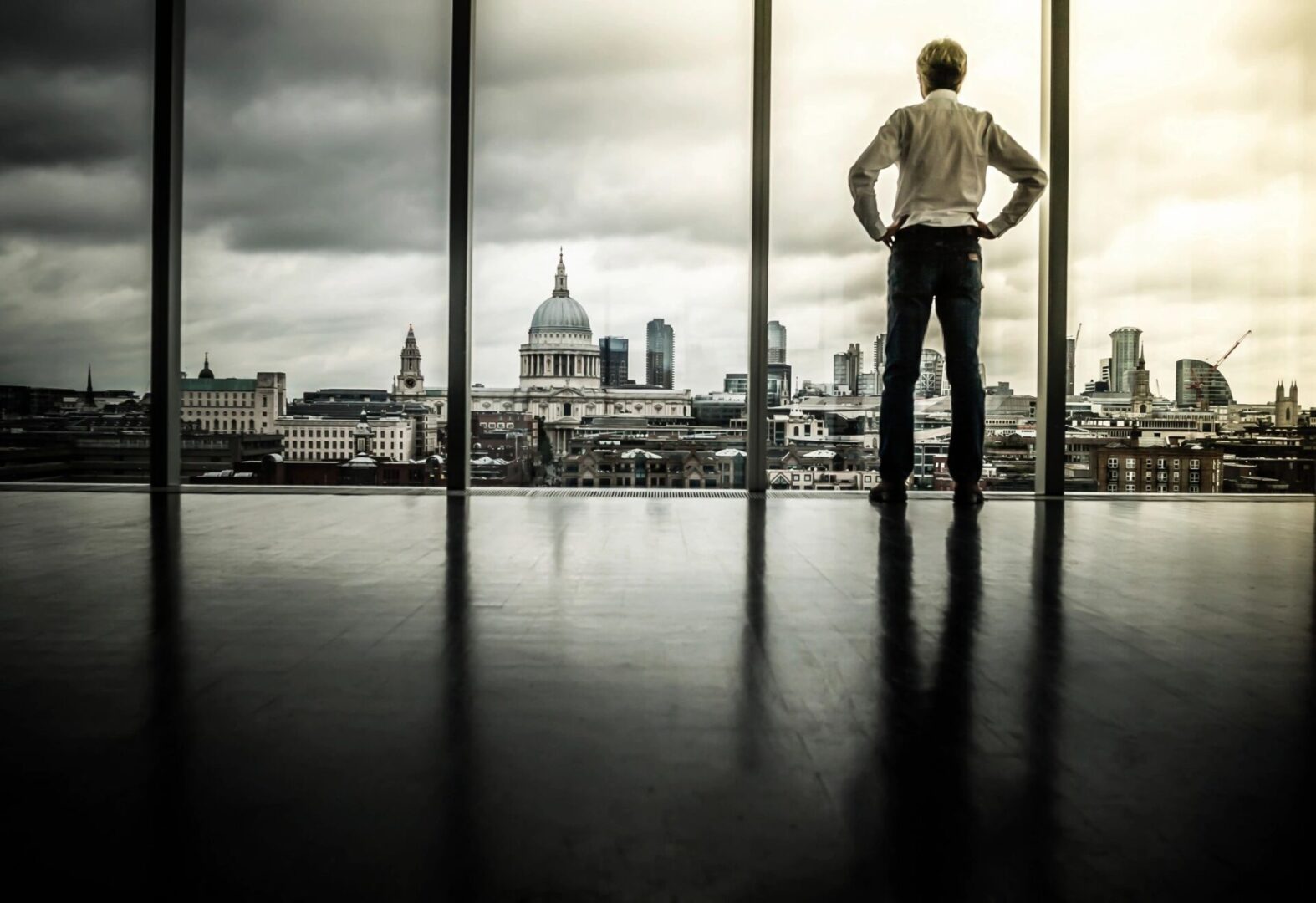 The management guru, Abraham Zelnick theorized that there was a good reason that managers managed, and leaders led. It all has to do with which one is willing to take a risk.

“For those who become managers, a survival instinct dominates the need for risk, and with the instinct comes an ability to tolerate mundane, practical work.” – Zelnick.

Jake is a manager who survived much reorganization and always seems to land some position with a fair amount of power. Evidently, the key to his survival is to ensure some level of attention from those at the next level up. His stated goal was to “be the chief of staff” for either a VP or President of the company. Jake ensured that he had some part, no matter how small in senior level meetings, even if it meant his only function was advancing the slides. He actually grew in this role, and soon he was scouting out venues for upper management’s monthly retreats. He arranged for a major award  from Special Olympics for the President of the company by working the internal finance system, as the award was given in exchange for a $10,000 corporate donation. And, he was in charge of the invitation list, with all the rising stars of the company in attendance. Jake made it a point to let everyone know that he is the President’s (always using his first name) right hand man.

Others may have overlooked this behavior, except that Jake was responsible for a sizable organization of his own. To ward off failure, he surrounded himself with a group of marginally competent sycophants, not unlike himself, who executed his business obligations. Projects underway were handled with a check in the box mentality, always perfunctory and under the radar. A person working for Jake,  with no new business experience, led a major review of new business failures. She conjured up an action item list for everyone else in the department to complete. Acceptable responses consisted of only the bare minimum amount of effort.  Instead of showing how we could do things differently or better, people resurrected the last paper or policy created for similar issues. The project was considered completed in the specified amount of time, and Jake’s whole internal team received an achievement award, permitting Jake to be free do master yet another mundane skill he perceived to be needed by upper management. (Purchasing a Tom-Tom for a new VP by using company funds.) Jake’s major talent was to perform the most ordinary and commonplace work. He knew in order to rise in the eyes of upper management; he had to make himself indispensible. Jake endured some level of derision in his role: names such as lapdog, lackey, water boy, etc. were applied. But he seemed to take it all in good cheer. The quote “somebody has to do it” became his mantra.

“The manager plays for time.”

Prior to Jake becoming my manager, I was on track for a promotion. Every year, at raise time, Jake would state his commitment to promoting me. He would assign me tasks that he felt would show me worthy to move to the next level. Most of the tasks were long term efforts, lasting several months or more. His method was to assign me to work with a team made up of people who were less knowledgeable on the topic than I was. This placed me in the position of having to teach and instruct as well as move the project along. A few people resented that I insisted on certain methods of performing the tasks, as I was experienced and trained, and had successfully performed the same tasks in another company. As can be predicted, the tasks created a measure of conflict within the group. Year after year, Jake assigned these types of activities. After about 4 years, I was assigned to a new manager (also reporting to Jake) who realized the need to move more quickly on the promotion. However, when the moment actually came for action, Jake had played for time again. Jake had not submitted the papers on the appointed due date. As it turns out, the VP was unhappy with Jake’s delaying tactics and personally quickly shepherded the papers through the promotion process. It seemed, in this case, time was not on Jake’s side. Within a few months, Jake was moved to another organization.

Jake’s management style seems to defy definition.  He has the qualities of Administrative, in that he believes in a strong chain of command, and unity of command principal, but lacks the elements of fairness and equity that characterize Administrative style. It would seem that Jake is really not managerial material, but more of an individual contributor, even though he relies on a certain number of direct reports to ensure his feeling of power and importance.

Additionally, the Internet’s ChangingMinds.Org devotes a page to leadership versus management. (http://changeminds.org/disciplines/leadership/articles/manager_leader.htm)

Their leader description begins with the assertion that leaders have voluntary followers, a charismatic, transformational style, people focus, and seek risk.

The President of our company, Tom Jones, possesses all these attributes.

Tom Jones came to his present position on a circuitous path. In the Navy, he only achieved the rank of Lt Commander, however, he achieved that rank by advancing through the enlisted ranks.  The Navy has a name for these people – “Mustangs”, a name well suited for Tom. After many years of work in a competing company, Tom was relieved of his duties for an attempted takeover of a part of the business. Finally he was hired by Hughes Corporation, and came to Raytheon when the two companies merged.

This route to power supports the Zaleznik theory “Leaders tend to feel separate from their environment. They may work in organizations, but they never belong to them”

Tom is a leader that makes people not only feel good about themselves but better than they were before. He has a can-do, aggressive personality, but never forgets his past and those that helped him along the way. Tom has set a vision of continuous improvement achieved by means of establishing his company as a Learning Organization, and through his insistence on personal involvement, portrays that vision effectively.

Tom personally reaches into the organization and gives his advice and counsel when asked. I engaged Tom when I faced a professional and personal crisis. I was aggressively being forced out of my position of many years by a new manager. My contacts with Human Resources, my management chain and two VPs were not successful in warding off this threat. As a last resort, I sought Tom’s advice. In less than 15 minutes, Tom offered me a solution to the issue. He ordered two VPs to “fix the problem”. At that point, my “rotational assignment” became a choice that I made, not a choice forced upon me.

There are multiple examples of Tom solving people’s problems in order to right a wrong and instill his vision to his leadership team.

His charismatic, transformational leadership style is the principal reason Tom Jones has many followers. He has established loyalty throughout the organization and on every level. When Tom visits a site, he makes the rounds to the dining center, the factory floor, the cubicle farms, the conference rooms. He kisses all the women and shakes the hands of every man. He warmly hugs everyone he knows well. He calls out people by name. He comments on the beautiful Rhode Island views. His people focus is undeniable.

Tom seeks risks in many ways as well. In his business dealings, Tom is constantly challenging the customer to see new ways of doing business by direct engagement. He promotes out of the box thinking for his teams, setting goals that would seem almost unrealistic. I have seen many smart people struggle to understand what exactly Tom wants, not because he wasn’t clear, but because (as in the Macintosh commercial) they failed to think different(ly).

Tom is one of those special leaders that is irreplaceable. In fact, his only major flaw is the inability for anyone else in the organization to fill his shoes. Several years ago, Tom was the VP and General Manager of the Rhode Island site. Once he left, it seemed as if a great sucking sound was heard in Portsmouth, and 5 years later, that leadership void has never really been filled. Many employees think this is Tom’s way of ensuring the love and affection we have for him doesn’t go away. One time I saw Tom at a social event. I said “Tom, we really miss you”. To which he replied, “I really miss me, too”.