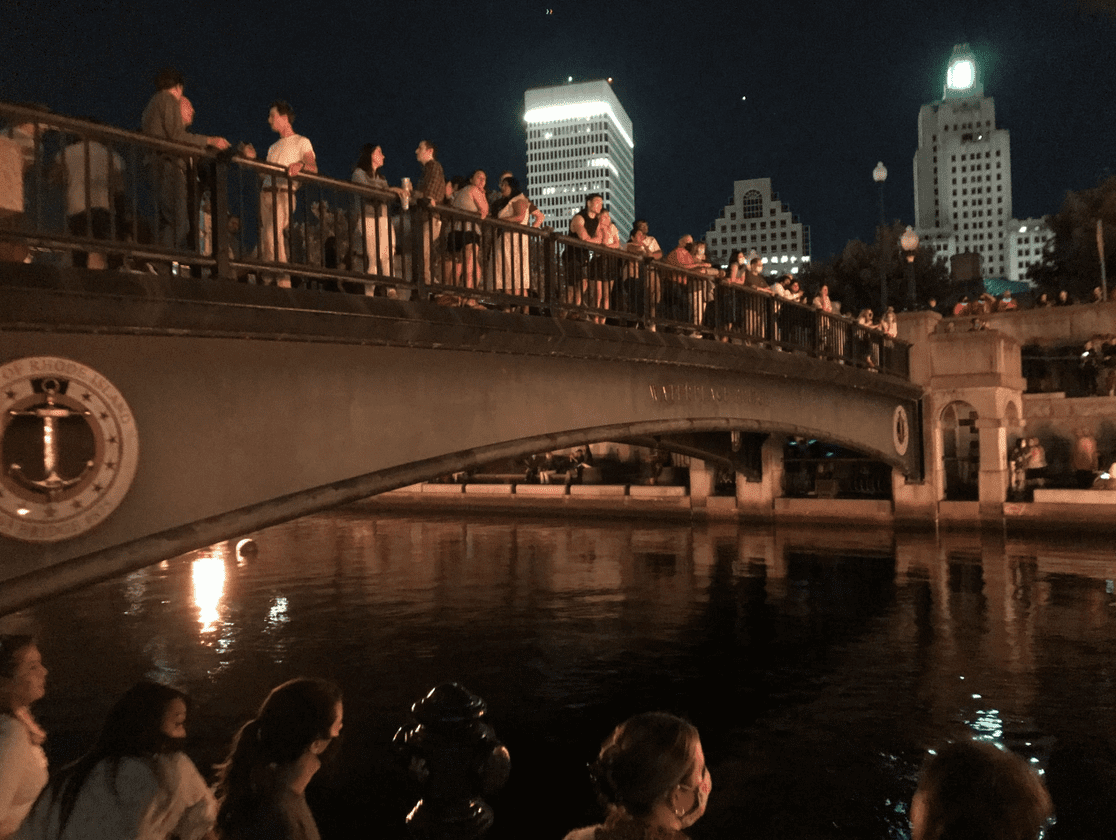 WaterFire back in Providence – David Brussat

Providence has gone two years, since the fall of 2019, without WaterFire, the capital city’s signature work of art, a blessing to citizens of Rhode Island and visitors from much farther afield since 1994. It is the event’s usual crowds of people, maybe 40,000 or more, a dozen or so times a year, that doomed it to covid lockdown last year and into this spring and summer. But Saturday night WaterFire returned, full of vigor, and the livin’ was easy.

For those unfamiliar with WaterFire, it features approximately 85 fires of about 33 pine logs piled pyramid style in metal braziers and anchored every 20 feet or so along the channels of the Providence and Woonasquatucket between downtown and College Hill. Black boats full of black-clad volunteers stoking the braziers chug quietly up and down the rivers. Symphonic, operatic, jazz and other music from distant cultures wafts gently from speakers strategically hidden along the embankments. Sometimes I chide WaterFire’s creator, Barnaby Evans, if the music creeps up too loud. He was there last night to put up with my tut-tutting, but to soften it I noted that a couple years’ worth of graffiti had been entirely scrubbed from the waterfront. Evans pointed out one tag that I had missed, under the lip of Memorial Boulevard’s embankment, testifying to the tagger’s daring in applying his pathetic signature (my words, not Barnaby’s).

The key to WaterFire’s success, aside from the energy and commitment of its maximum leader and his crew and volunteers, is the intimate quality of the Woonasquatucket and Providence rivers. Few cities can boast such rivers, let alone flowing, as they do between the city’s downtown and its most historic neighborhood. The continued dominance of classical architecture in the vicinity, while at risk thanks to the lack of imagination shown by decades of city fathers and the city’s art and design elites, is responsible for much of Waterfire’s success. Topping it off is the masterfully traditional design of the city’s new (1990-1996) waterfront by the late architect and planner Bill Warner.

It seems that city and state leaders had to have their arms twisted to dedicate a total of $600,000 to put on this year’s truncated WaterFire schedule. Three more full lightings and nine partial ones are planned, including a partial lighting (in the Waterplace basin only) this coming Thursday evening.

Before adding photographs taken during last night’s event, I can think of no better way to conclude this rambling celebration of WaterFire Regained than the concluding paragraph of my long-ago “Sex and WaterFire” essay:

While most cities have a secluded place to go for necking, few cities celebrate romance in the heart of their downtown. In WaterFire, Providence has such a place. How much love has bloomed along these embankments? Strip WaterFire of its final profundity and the intensity remains. Providence is blessed, indeed caressed, by WaterFire.

To read the article in full: https://architecturehereandthere.com/2021/09/05/waterfire-back-in-providence/

To read all articles by David Brussat for RINewsToday: https://rinewstoday.com/david-brussat-contributing-writer/