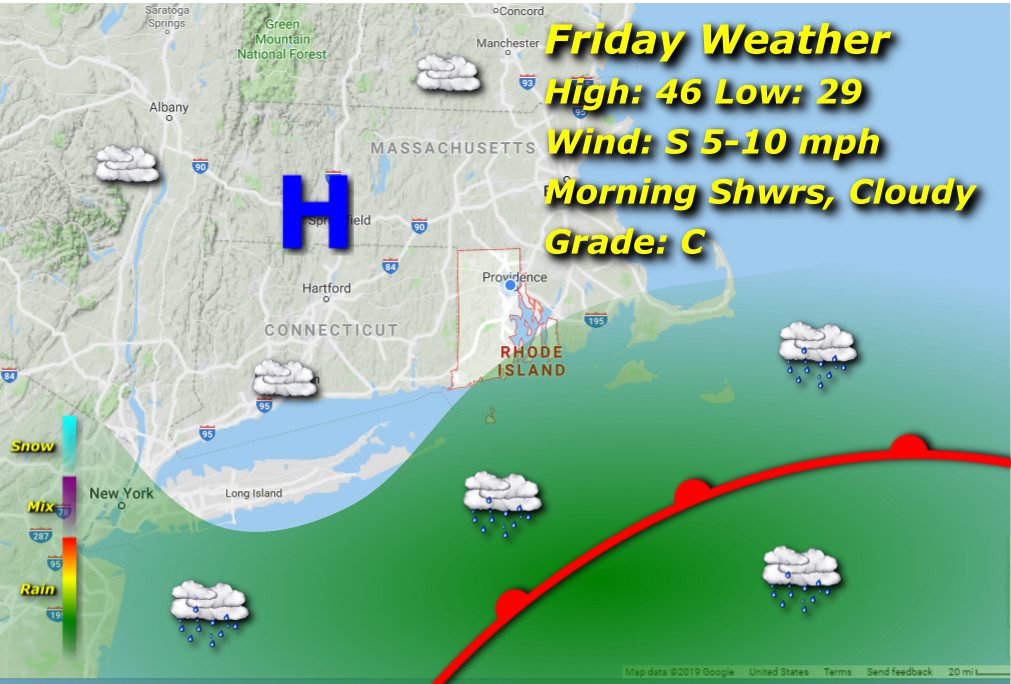 A warm front wraps around the outskirts of southern New England and kicks up some early morning light showers that may mix in with some snow before moving out to sea. High pressure tries to clear things up a bit, but overrunning cloud cover moves in and puts a damper on that idea, as another mid-western storm system develops and sets its sights on us for the next couple of days.

Morning lows in the upper 20’s rise to the mid 40’s with a light southerly breeze.