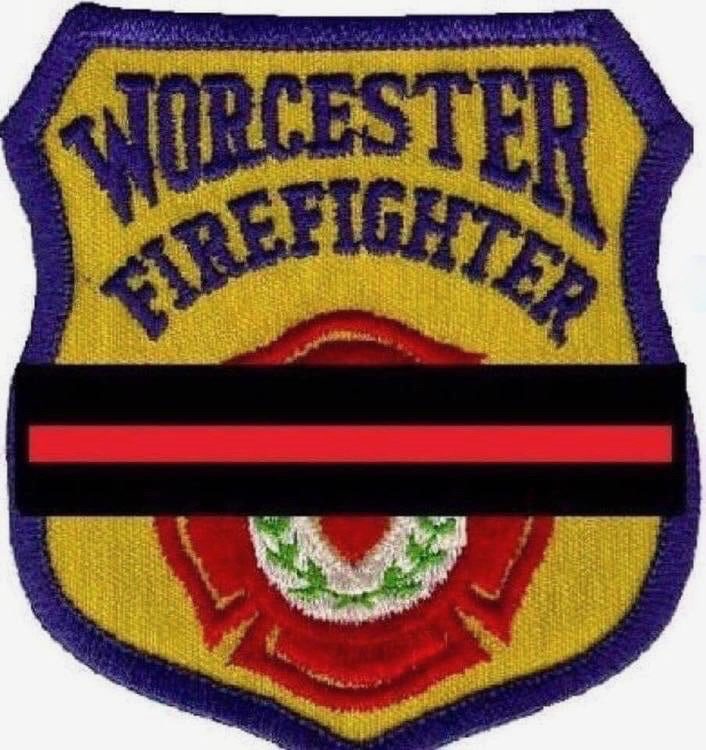 Worcester Fire Department Lt. Jason Menard lost his life fighting a fire on Nov. 12th. He leaves his wife, Tina, his three children, and his parents.

We filled three buses. The road from Providence to Worcester. Route 146 is an old, by today’s standards, anyway, highway that rolls through Rhode Island and Massachusetts. I looked out the window and watched the country pass me by, used car lots, old homes, strip malls, and closed down factory buildings. It was a quiet ride, by firefighter standards; all of us lost in our thoughts for the most part, using what was left of our brains to engage in idle conversation.

Six firefighters had died days before our journey, and we, and thousands of firefighters from around the country, were converging on downtown Worcester to help lay them to rest. The city was quiet when we arrived. We could only get so close, then had to park the buses and walk in. We lost half of our people in the confusion and ended up marching in two groups.

Once organized we marched through the city – Honor Guards, firefighters, Chiefs, Captains, Lieutenants – all as one. Along the route people stood by the side of the road, ashen faced in the cold December wind, solemn as I had never seen solemn before. Construction workers. Housewives. High school girls. Elementary school children. Homeless people. Business owners. All paying their respects to those who lost their lives, and as I walked the route, and more and more people bowed their heads, or saluted as we passed, I realized that they were saluting us as well.

It was the guys my age that got to me the most. Roofers, jack hammer operators, cooks, cops – men from all walks of life stopping to honor the fallen, and also those who carry on. Their gesture of support has stayed with me every moment that I’m in uniform, and even when I’m not. President Clinton and Vice-President Gore waited at the end of the procession and spoke to the ten thousand firefighters and family members and friends who filled the Worcester Coliseum.

Though much appreciated, their presence meant nothing to me after experiencing the true grief and respect shown to me by the citizens of Worcester.