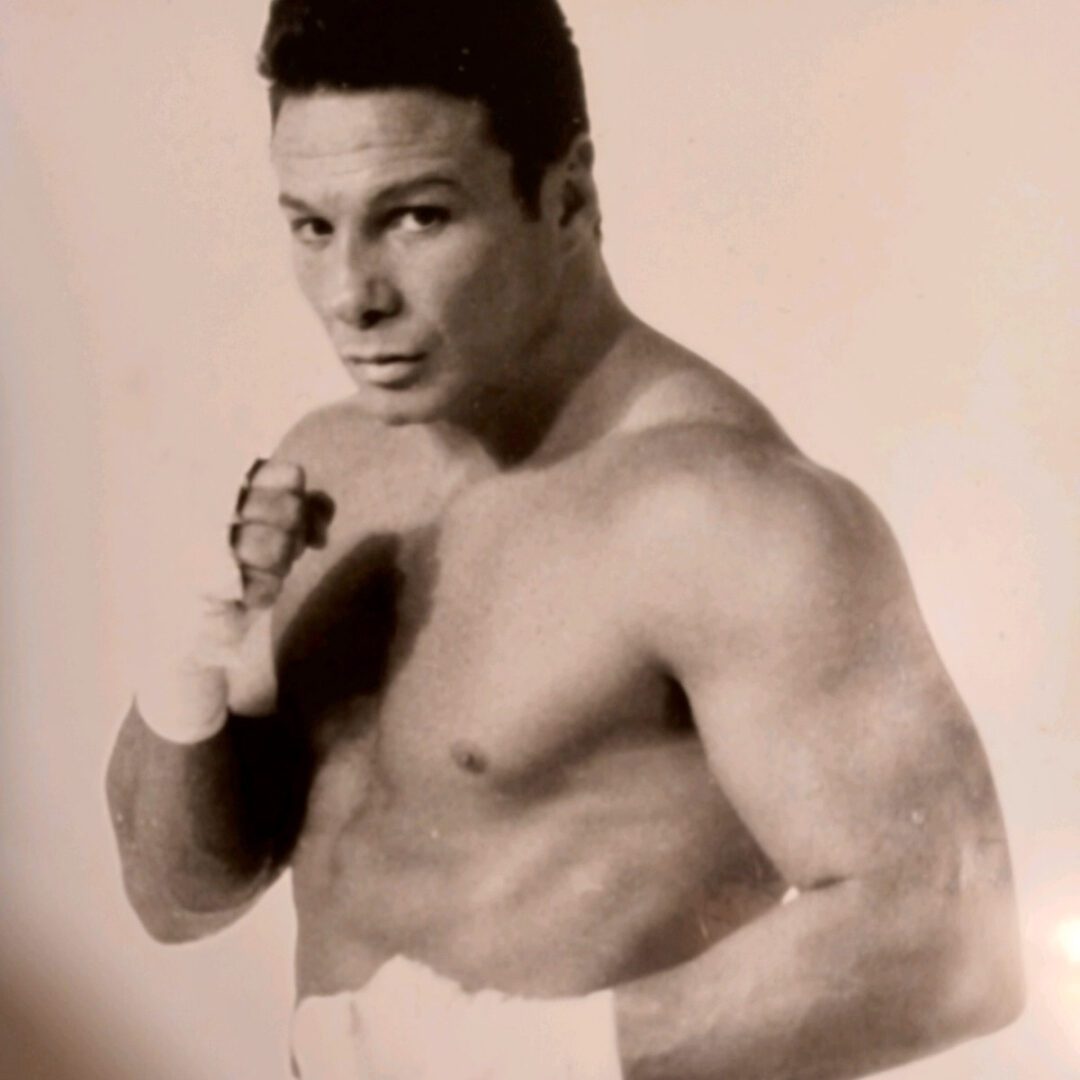 This is a two-part story on one of Rhode Island’s biggest sports celebrities to have ever come out of the state, Vinny Pazienza, now know as Vinny Paz.  It seems that everyone has an opinion about Vinny, or a Vinny Paz story. I’ll be recapping his stellar boxing career, his high and low points in his personal life, and where Vinny is now and what lays in the future.

The recent reemergence of sports in this post pandemic world and the Boxing spectacular that was hosted by the City of Cranston at the Cranston Stadium, produced by CES and Jimmy Burchfield brought to light that a sense of normalcy was returning to our world. That’s how we caught up with Vinny.

It is hard to believe that it has been almost 40 years ago when Vinny Pazienza first stepped into the boxing ring in Atlantic City on May 26, 1983, as a professional fighter. That would eventually lead Vinny to a very colorful career filled with the highest highs, such as winning Five World Boxing Championships, and the lowest of lows, including some brushes with the law.

Throughout it all “Vinny Paz” as he is known today, thanks to a legal name change in 2001, remains the native son of Cranston, Rhode Island, and his journey inside and outside the ring is well known – and legendary.

Not much of Paz’s life remains a secret; he began boxing when he was 5 years old, but it was not until sometime later, when he and four friends went to go see the movie “Rocky” at Cranston’s Park Cinema back in 1976, that he would decide that’s what he wanted to be – a professional fighter.

“My friends and I would lace up the gloves and start pounding each other” Paz told me in a recent interview. “It was fun for a while, but they kept getting beat up and stopped getting in the ring with me, so I had to move on to raise my level of opponents.”

Seeing his son’s desire, Paz’s father, Angelo, became his corner man as Paz began fighting locally in club bouts. “I fought over 100 amateur fights.” Paz then set his sights on the 1984 Olympics as he and several boxers were invited to the Olympic training center. “The experience was a great one for me. I trained along side some of the best fighters in the world. It was apparent toward the end that I wasn’t going to be selected in my weight class to go to the Olympics, so I decided to turn professional.”

Paz’s professional career started out with 14 straight victories as his climb to the top began. Fighting sometimes twice within a single month and fighting anyone that was put in front of him, virtually anywhere. Going from Atlantic City, to Las Vegas, to Texas, or at home in Rhode Island, Paz’s fighting stock value continued to rise with every fight. Known as an aggressive and exciting boxer, Paz was often put on the undercard of fights featuring some of the greatest fighters of the time. Twelve of his victories were by knock-out. It was not until December 1, 1984, that Paz suffered his first professional defeat in Milan, Italy to Abdelkader Marbi. By that time, the name “Vinny Pazienza” was well known in fighting circles, and he was in demand. The aggressive fighting schedule was altered as the bouts became bigger and the paydays did as well, Paz set his sights on winning championships.

On June 7, 1987, Vinny Pazienza squared off with Greg Haugen for his first World title fight in his home state. It was at the Providence Civic Center (now known as The Dunk) where Paz who was nick-named by broadcaster Mike Ratte, as the “Pazmainan Devil” a name Paz embraced and kept throughout his boxing career. After 15 rounds of pure fury between the two fighters, Paz out pointed Haugen to become the International Boxing Federation’s (IBF) World Light Weight Champion. “There I was sitting with my team after the fight, winning the championship. I decided that I would have a celebratory drink of champagne. I never had any form of alcohol up until that evening. But I said, what the hell! This night I deserve to toast my achievement.” So, at 24 years old Paz celebrated. In February 1988, the two would fight again in the rematch where they would go a full 15 rounds before Haugen would reclaim the title.

Moving up a weight class and his draw as one of the most electrifying boxers in the sport, his fights were often the featured bouts. Paz lost title fights to Roger Mayweather for the WBC light weight title and to Hector Camacho for the WBO light weight championship. Now with his professional record at 28-4, Paz revisited old foe Greg Haugen and set up a third fight. The fight went to Pazienza and set up another championship fight for the WBA light welterweight championship title holder Loreto Gaza. Gaza retained the title in a controversial decision by the referee to stop the fight and disqualifying Paz.

It was after the fight that Paz realized that he may have to make changes if he were to keep fighting and winning championships. Paz and his team brought on seasoned trainer Kevin Rooney. “I always thought that I was working hard,” Paz said, “but Kevin worked me harder than ever before and taught me how to be more efficient as a fighter. He showed me that my wild style, adjusted and toned down, would save energy for the later rounds. Kevin broke me down and turned me around; he was exactly what I needed at the time I needed to hear a different voice in my ear.”

The change must had worked because fighting Ron Amundsen for the IBF-USBA light middleweight championship on July 2, 1991, in Providence, Paz won his second title going the full 12 rounds and getting the decision, then on October 1, 1991, at the same venue Paz won the WBA light middleweight title with a TKO in the 12th and final round over Gilbert Dele.

Paz was now a 3-time World Champion and holding two titles at the same time, for Vinny Pazienza, things could not get any better. His reputation in the boxing ring was solid; he expanded his celebrity status was on the rise, guest appearing on the TV series, Police Academy, sitting down with Montel Williams on his syndicated television show and sparring with Jay Leno on the Tonight Show, dating models and getting the VIP treatment everywhere he went – his dream that he had when he went with his friends to the Park Cinema in 1976 to see “Rocky” was finally coming true!