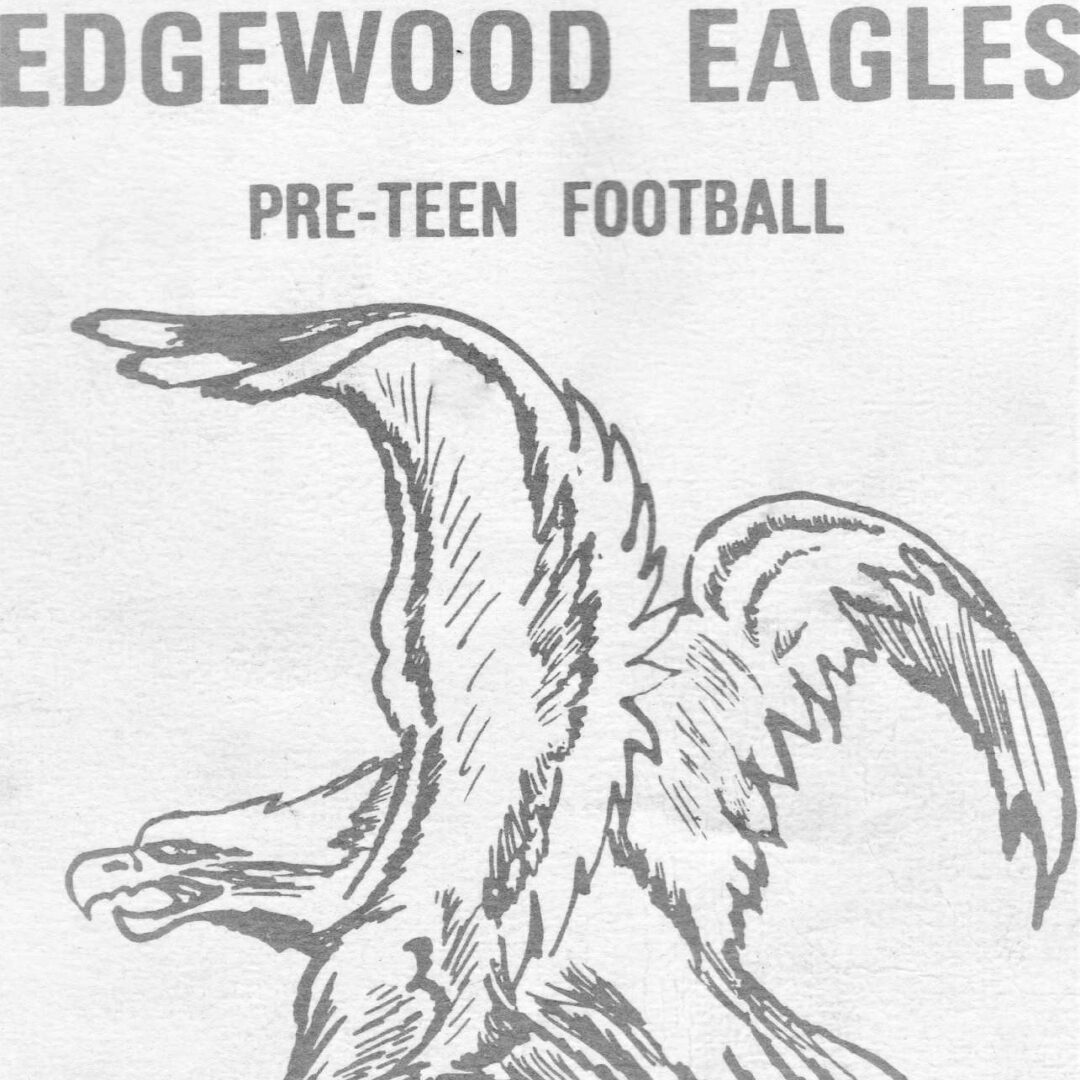 This Cranston Reunion 57 years in the making

Once an Eagle, always an Eagle

This Cranston Reunion 57 years in the making

In the Fall of 1962, the Edgewood Eagles began as a single youth football team. The mission statement was simple, “We want to teach boys between the ages of 10 to 12 the fundamentals of football, while developing leadership, sportsmanship and character,” wrote founder and head coach Sergi R. Filonow.

Starting with a handful of neighborhood boys and a couple of parents who served as assistant coaches, the team was launched. The organization soon grew into two teams, with the second team serving the younger 8 to 10-year olds. In 1972 a third team was created to fill the gap between pre-teen and high school aged, and in 1979 a fourth was created during a restructure to start boys from 8 years old and allow them to compete on a level comfortable enough so they wouldn’t get frustrated and hurt. Filonow’s dream just kept growing even after his death, and many years later his legacy goes on.

In the 1990’s the Edgewood Eagles developed a competitive cheerleading teams at each level as well. Some of those teams had success of their own and went onto win national acclaim.

The Edgewood Eagles is one of the oldest youth football programs in the country and has become known as a nationally recognized youth football and cheerleaders organization that is the pride of Cranston, Rhode Island.

But it goes further than that, being an Edgewood Eagle is an Edgewood thing, “if you were an Eagle, you walked taller and you were prouder, you really have had to play to truly understand, and the old saying went “Once an Eagle, always an Eagle” said former player Bob McIntyre. Just look how this organization has grown, the program now starts both boys and girls playing in the flag football program until they move on to first contact at 8 years old. As the players get older, and progress to play until 15 years old when they move onto the high school level, they are taught the basics when they are very young then to a more complicated system that prepares them to the next level and beyond.

As the leadership had changed over the years from Filonow to Anthony Mancuso to Dennis Davis to Paul Griffin and George Lindell, the foundation always remained the same – to offer the boys and girls the best coaching and teachers they could. “The coaches don’t get paid, this is a pure love of the sport, that’s why they do this.” Said George Lindell, who, under his leadership, the Eagles went on to become a national power winning several national youth football championships. “the commitment of the players is impressive but asking coaches to volunteer from the 90-degree days in August to the cold sub 20-degree days in November takes a special kind of person,” Lindell said.

It is estimated that in the 57 years of Edgewood Eagles history thousands of boys wore the Eagles uniform. Thousands of men were coaches and hundreds of young ladies either played football on one if not several of the teams or were on the cheerleading team. Many went on to play, coach and cheer at the high school and college ranks. It’s hard to imagine that Sergi Filonow had this vision in mind when he started off with a handful of boys playing football in 1962.

The Edgewood Eagles alumni are planning an “EDGEWOOD EAGLE REUNION” on Friday, August 16, 2019 at the Cranston Country Club located on 69 Burlingame Road in Cranston. The event will begin at 6:00 pm and is open to all former players, cheerleaders and coaches. The price per ticket is $30, and there will be only 200 tickets available. The event will be hosted by former Eagles chairman Paul Griffin (401) 429-8262 and Jimmy Mancuso (401) 573-1544 – please contact either for ticket information.