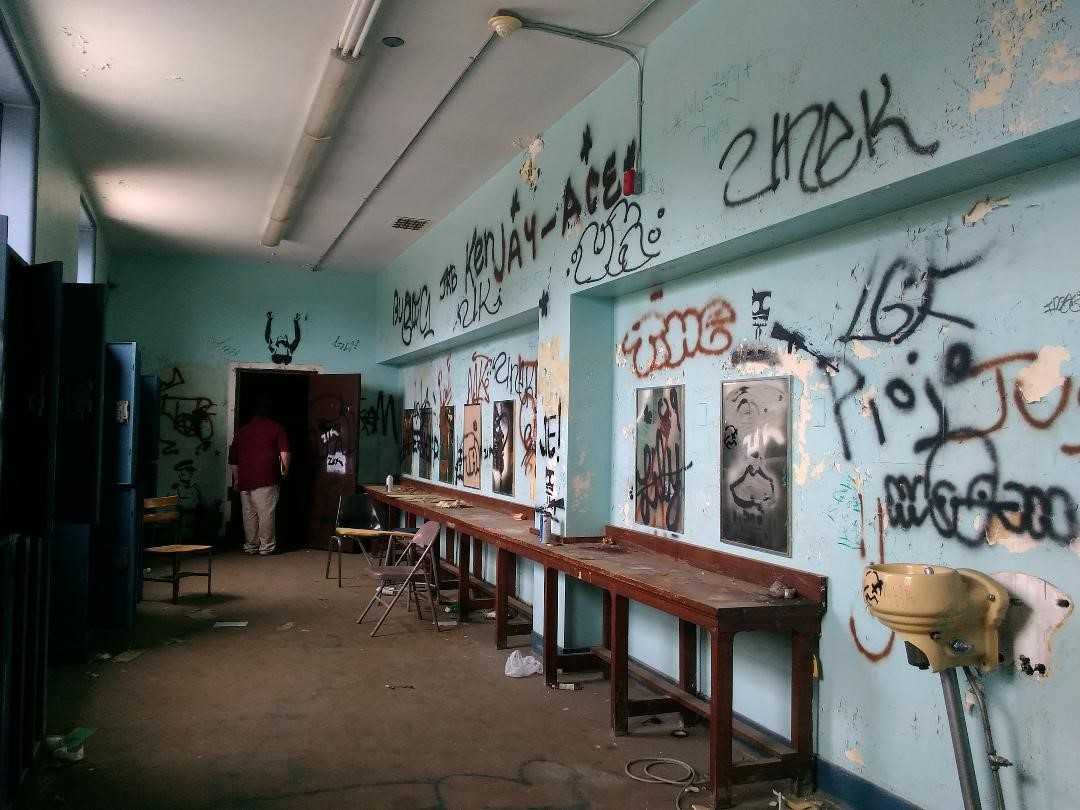 We believe that some stories have the power to impact change; this may prove to be one

In collaboration with Tom Aquino

What do you remember from your 50th high school reunion?  Tom Aquino and other alumni of Hope High School remembered more than how everyone looked, or who had been “successful”, or even who was no longer among them. What they saw was shocking. The memory of what had been, and what was today, stuck with them – and they committed to doing something about it.

The shock was to find Hope High School’s once beautiful auditorium, the home of a thriving theatre program, dilapidated, and suffering from years of neglect. Broken equipment. Water damage so severe that it left this historic building’s architectural centerpiece unsafe and unusable.

Several members of the Class of ’65, ’66 and ’67 alumni, with an anonymous donation in hand, created a board of directors, gained 501(c) (3) nonprofit status, and birthed the Hope High School Auditorium Theatre Project. It’s goal is to restore the auditorium theatre, and transform arts education at Hope High School.

The group began their vigorous campaign in the summer of 2018 to rally support from the state, private organizations and the local community. Their goal is ambitious – to raise $13 million for some very specific things: to put in new floor seats, reconstruct the orchestra pit, repair the auditorium roof, patch and repaint the walls, put in a new floor, add a mezzanine, put in new lighting and a tech booth, gut and renovate the dressing rooms, and repurpose spaces to create a catering room and dance studio. The firm LLB Architects, Lerner Ladds Bartels has been hired.

By the fall, November of 2018, they were promised by the city of Providence that the new roof was coming; no doubt influenced by the creation of this formalized group, who had done their homework and put their structure in place. To date, some temporary repair work has been done, a contractor has been secured, and the city is paying, with the “work will be underway soon” taken as a good faith promise.

Presently, there is a “black box theatre” downstairs at Hope. Many fabulous plays and festivals have been performed, with Christine Auxier in charge, as she has been for 26 years. “It’s a space that we, at Festival Ballet Providence, would love to perform in, and help the kids with dance education,” said Tom Aquino, who notes that the famous set designer, Eugene Lee, has been there to try and help at times in the past. “Now, we need to begin our presentations soon and build our board.”

The group acknowledges that their project has gained momentum with the support of the school’s administration and Christopher Maher, former Providence Public School District Superintendent (2015-2019). Most recently they received a grant from BankNewport, as part of their “We’re All In” Giving Program.

To donate, make checks payable to the “Hope High School Auditorium Theatre Project” and mail them to 429 River Ave., Providence, RI 02908, or drop them off at any Washington Trust. You can also go to: https://www.hhsatp.com/ and click on “donate”.