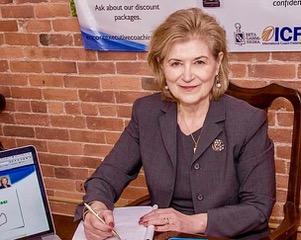 The Impact of Ethics & Moral Development in Leadership

In John Milton’s Paradise Lost, Satan rises up to claim Hell as his own domain and delivers a rousing speech to his followers (“Better to reign in Hell, than serve in heaven”).  When Dr. Plicky first appears in Cheaters, he is posing a probing question regarding Satan’s speech: “What does Satan mean by “Better to reign in hell, than serve in heaven?” After some discussion, a girl answers that the Sin of Pride is the basis of Lucifer’s reasoning, as “he is too proud to play runner-up to someone he felt superior to.” Thus “rises up” one of the most morally and ethically bereft plots, masked in the seemingly benign character of Dr. Plicky and a group of very smart, if  poverty-stricken students.

The plot details the poverty of the school, lack of support from the district, and other deterrents to the team’s eventual success in a state-wide academic competition. This setting engenders a level of sympathy from the audience, and introduces the moral dilemma – if given the opportunity, should they cheat their way to the national championship? When a copy of the test is purloined, Dr. Plicky’s moral compass leads him in the wrong direction, as he hatches a plot to win by cheating. Plicky’s struggle with ethical decisions demonstrates his lack of basic leadership skills, and moral lapse. (“… leaders model integrity by being honest and doing what is right no matter the circumstances.)

It is also apparent that Dr Plicky lacked emotional intelligence as well. Instead of  exhibiting ethical behavior, he allowed his old pent up anger towards his father’s death, the school’s poverty, and the sneering rudeness of the competing school, to encourage his students to cheat. No doubt, Dr. Plicky had followers, as well as the trust of his students, parents, and colleagues. However, his ethical failures misled the students into a world of moral equivalency, bending and twisting the rules and perverting his role and responsibility as a teacher.

He justified his actions with statements like “ends justify the means” and “this is a results based town”. As the plot develops and the Steinmetz team wins the national title, the “results” begin to be questioned. Once again, Dr. Plicky is presented with an opportunity to tell the truth. Instead he coaches the students through fictitious scenarios, rehearsing them for the eventual challenges, and allowing them to determine their own moral course. It’s clear that his moral leadership is a bastardization of Post-Conventional Moral Development – “independently arrived at …beliefs that are used creatively in the analysis and resolution of moral dilemmas.”

However, he never properly framed the ethical puzzle. He failed to establish himself as a moral authority, even when designing the plot – he allowed a student to assume the leadership role. He lacked common sense judgment in every case. For example, his manipulation of Irwin becomes his downfall.  Irwin is left out of the competition because his results weren’t as good as the others, despite the fact that Irwin obtained the test. It’s Irwin’s treachery which blows the whole plot open. Irwin’s anger propels him to become the informant, ruining the joy of ill-gotten victory for his classmates. Plicky’s greed and selfishness, overcame his better instincts and experience.

If Dr Plicky has a conscience, it’s his mother. When she discovers the plot, she is furious: She screams, “Your father had a dream for you, not for himself. He was wronged, but he never used it as an excuse. You’re not the victim, what you did was wrong!”

It’s ironic that as a farewell gift, the students present Dr. Plicky with a copy of Paradise Lost and one last purloined championship medal. At the end of Paradise Lost, there is redemption for sinners. In Book Two, however, Satan convinces Sin to open the Gates of Hell so he can freely roam the earth, but, the doors are too heavy to shut again.

In conclusion, Dr. Plicky seems to emerge as a somewhat Satanic character. He used his power and authority to corrupt, and showed little or no remorse for his actions. He lost his internal moral battles, and never admitted he did anything wrong. He introduced ethical lapses into the student’s lives, and the lines between right and wrong are forever blurred, regardless of impunity..

“With impetuous recoil and jarring sound

Th’ infernal doors, and on their hinges grate

Of Erebus. She opened, but to shut

Mary O’Sullivan has over 30-years’ experience in the aerospace and defense industry. In each of her roles, she acted as a change agent, moving teams and individuals from status quo to new ways of thinking, through offering solutions focused on changing behaviors and fostering growth. In addition, Mary holds a permanent teaching certificate in the State of New York for secondary education and taught high school English for 10 years in the Syracuse, NY area. Today, Mary dedicates herself to helping good leaders get even better through positive behavior change.