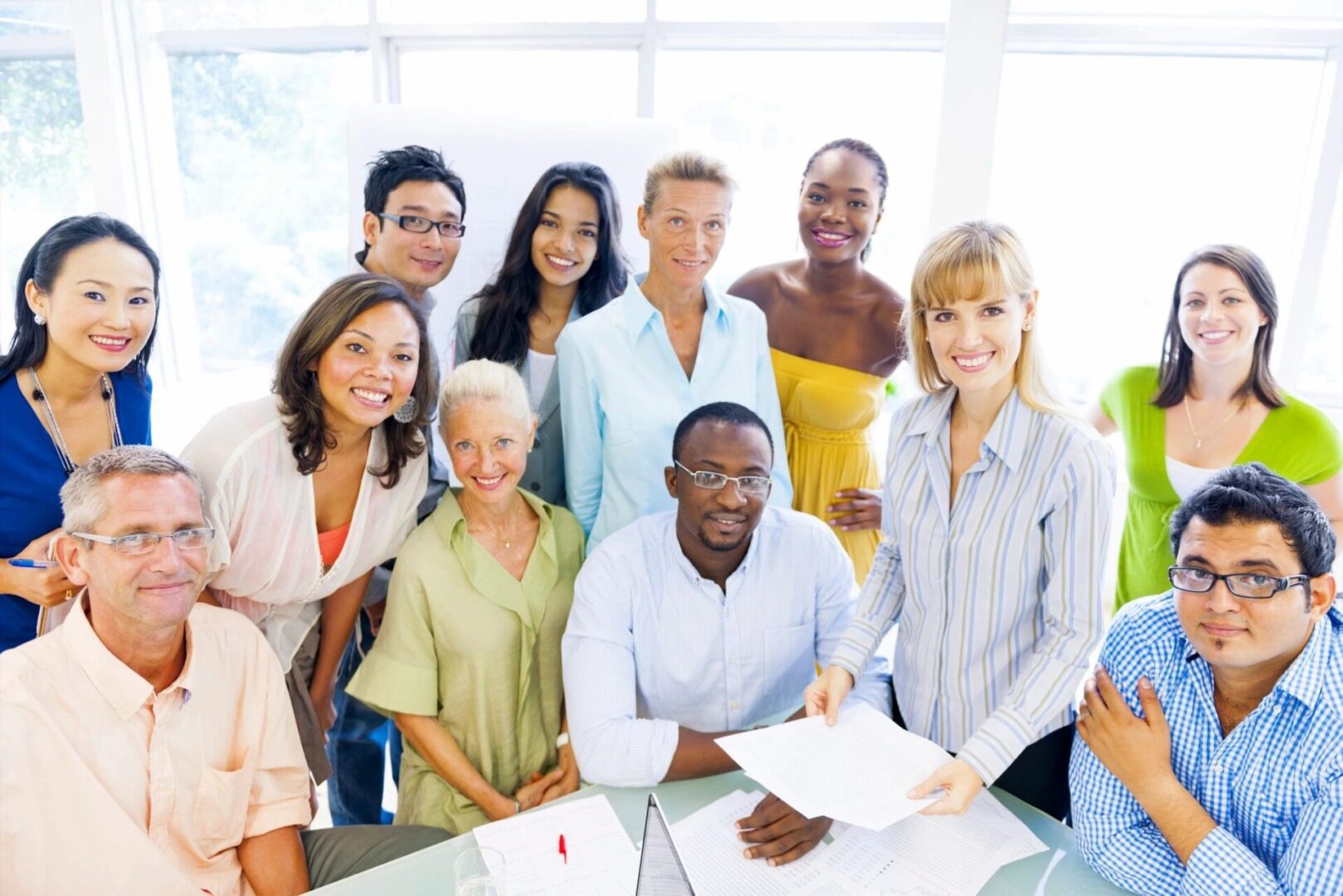 Take off your shoes and ask for slippers – Mary T. O’Sullivan

“Our cultural strength has always been derived from our diversity of understanding and experience.” –   Yo-Yo Ma, American Cellist

Much has been written about figuring out how people should act in different cultural settings. How Americans come across in other countries, and even within different regions in our own country is often a topic of discussion and even controversy. In the article, “Take Off Your Shoes and Ask for Slippers”, the author describes the work of two scholars, Anne Tsu and Xiao-Ping Chen who explore the dichotomy faced by Western businesses who plan to establish operations in culturally different societies and still maintain their own corporate values.

Similarly, in the article “Culture Shock: Integrating Indian immigrants in the IT Workplace”,  the author points out that “IT workers from India have been enormously successful, but many Indian workers…new to the US still experience culture shock”. Additionally, the web site WorldBusinessCulture.com offers detailed advice covering 39 countries about the impact of cultural differences in global commerce dealings. All three highlight the question facing multi-national organizations: How to understand cultural differences to integrate workers into a successful cross cultural business model. This sticky subject established the need for a deeper understanding of diverse cultural norms for business success.

One notable example is the example of Starbuck’s dilemma when attempting to integrate their core values of teamwork, equal participation, and diversity into the more distanced and power-based management culture of South Korea. Starbucks’ practice of using first names in a business setting was a major source of cultural conflict with the South Koreans. So, they devised a clever workaround to preserve their core values and satisfy their in-country workers. Never to be deterred, Starbucks came up with a creative solution: all the Korean employees would choose an English first name. Everyone working at Starbucks was referred to by that English first name only, eliminating the Korean’s need for a title and last name which showed position and status in a work setting. This solution preserved the Koreans cultural deference to hierarchy and authority while maintaining Starbucks’ core values. This inventive scheme was considered a win-win business solution.

Starbucks was also faced with conflicts regarding their corporate value of teamwork and equality, meaning; all employees share all tasks, including washing dishes and cleaning toilets. This meant that male employees would have to engage in these tasks, typically performed only by women. To overcome this cultural barrier, Starbucks capitalized on the Korean affinity for role-modeling and imitating behaviors of top leaders. According to the existing literature, role modeling is effective in changing behaviors in power-oriented cultures. Starbucks had the international director for the company’s headquarters do all these activities and even hung a picture of himself cleaning the toilet. This helped the male employees overcome the “psychological barrier” of so called “demeaning work” and at the same time, preserved Starbucks core business values of teamwork and equality.

Similarly, the Swedish company, IKEA needed to find a solution to the high turnover rate they faced with US employees. IKEA values equality even more than the average US company. Without job titles or clear job descriptions, the gap between IKEA and the typical cultural orientations and expectations of US employees caused much dissatisfaction. Although not specifically mentioned in one study, it’s not that hard to predict the type of conflict, as Sweden ranks low in need for power and authority and the US ranks moderate to high. The “masculine” qualities of assertiveness, materialism, etc, could cause cultural conflict in a more “feminine” business setting. It is interesting to note that Sweden is found to be moderate in need for power as reported in the research, as does the US. However, Sweden ranks high on  sharing cooperation, while the US ranks moderate.  The characteristic of “low aggressiveness” among the Swedes with high tolerance for unpredictability, seems to conflict with the American work value of getting ahead and high job mobility. Additionally, in the US, individualism is highly valued, and the relationship to the corporation is one of “independence”. Achievement and individual initiative would seemingly conflict with IKEA’s value statements as stated below.

“Simplicity, humility, thrift and responsibility” and “Togetherness, Cost-Consciousness, Respect” are core IKEA values, and they also reflect Swedish values of “group over the self” traits. For many Americans, this philosophy may present the exact opposite of their expectations of a large multi-national corporation. A quote from GlassDoor.com sums it up: “I feel that it can be difficult to advance unless you want to put yourself in any random position in the store. For example, if you spend 5 years as a kitchen designer, and that’s your specialty, to move up you may have to stock plants or sell bed sheets if a management position opens in one of those areas

Since the US has a diverse population with large variability in individual values, [1]IKEA’s solution was to sort through job applicants not for the best candidates, but for those candidates who best suited IKEA’s core values. Job previews were provided as well, which led to candidates self-selecting out. According to other researchers, the result was low turnover rates and successful business operations in the US.

However, another quote from GlassDoor.com seems to contradict that report. “A bit like elementary school….no one leaves at the end of the night until EVERYONE leaves…. you often have to stay for several hours AFTER the store is closed. Clean and Restock…Clean and Restock…Clean and Restock….that is what you do when working at IKEA….regardless of your “title Although IKEA has many successful US stores, one has to wonder if they have really fully solved their cultural issues.

Culture shock also presents itself with the introduction of Indian software designers into the US IT workforce. According to a global research project, India has high familial group loyalties or collectivism, contrasting with the US values of individual initiative and achievement. Research publications discuss the cultural conflicts which arise when introducing people from a culture which values group decisions, saving face, and fear of humiliation into American IT society. According to the research, newly immigrated Indian employees have great difficulty in the simple act of interaction with fellow employees.  Unable to respond to a greeting, for instance, caused American co-workers to regard a new Indian immigrant as “rude and standoffish” when the response was a simple miscommunication. Additionally, the research has shown that “Historically, Indians have lived with thousands and thousands of years of subservience. Obedience is a deeply ingrained trait. Many Indian professionals will carry out orders to perfection but will rarely take the bull by the horns and make an independent decision. As a people, we are not used to the aggressive ‘just do it’ attitude that today’s IT industry requires. Initiative is something that has to be [learned].” Other sources indicate that if an Indian is to be placed in any manner of authority, the extent of that authority has to be clearly delineated. The role must be explicitly defined, or the Indian worker will believe that the authority has not been given… This scenario supports the finding that Indians rank as moderate in being a highly interdependent culture, while Americans rank low, clearly suggestive of conflict when placing an Indian in a position with decision-making power.

Additionally, the existence of a website like WorldBusinessCulture.com underlines the need for broader cultural understanding in global business dealings. For a novice in international commerce, the website offers numerous solutions to preventing some obvious cultural mistakes. Each country listed is examined for several traits: Business Structure, Management Style, Meetings, Teams, Communication Styles, Women in Business, Dress, and Successful Entertaining.  For instance, in Nigerian Business Structures, we learn that “All native Nigerian companies will display massive hierarchical tendencies. In South Africa, “Ethnic and racial divisions can make it difficult to build teams which cross these boundaries”. Also, the website advises that, “Finns are more individualist than collectivist and therefore the Finnish idea of team-working would tend to be that of a group of capable individuals being given the opportunity to complete well-defined tasks which, when put together, will enable the team to reach its goals.” Just these three bits of information alone could save a novice business person from wrong assumptions and gaffes in dealing with these countries. I found the site fascinating and spent a bit too much time browsing the various countries’ cultural traditions and customs.

To reach across cultural boundaries successfully, businesspeople need to understand the diverse nature of each culture. These studies gave great insight into the cultural soul of the various societies examined by these researchers.

When you enter a Japanese household, your host will ask you to remove your shoes and slippers will be provided, for the sake of cleanliness. That’s a diverse tradition more Americans should embrace!

“We may have different religions, different languages, different colored skin, but we all belong to one human race.”  Kofi Anan, former UN Secretary General