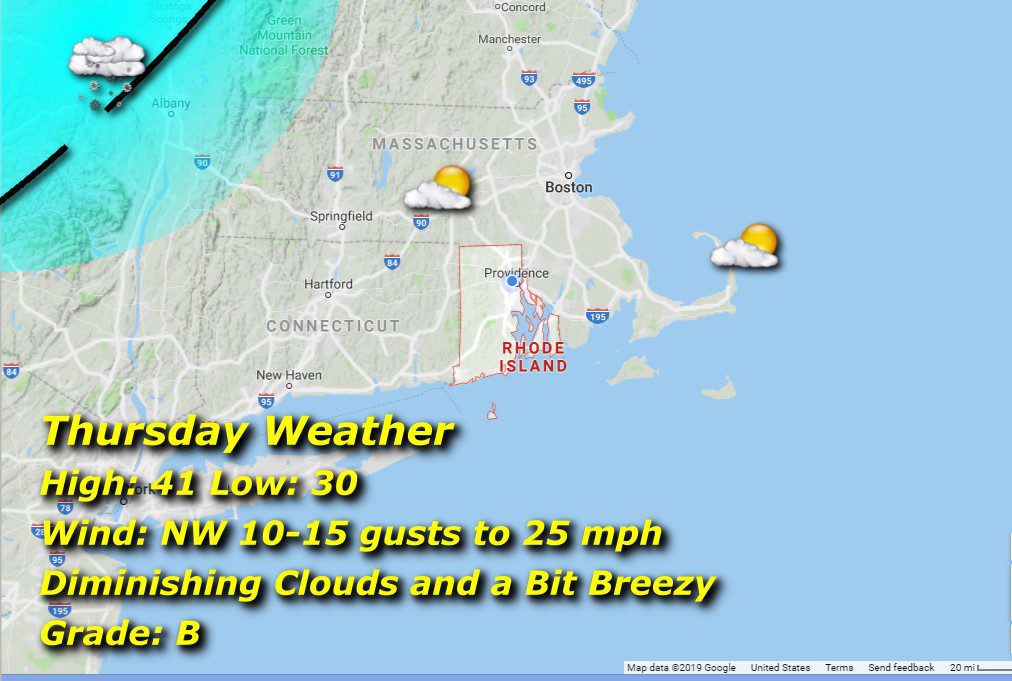 An upper trough remains in place over the northeastern US and Canada, with more concentrated smaller areas of low pressure swinging around this larger low, kicking off occasional snow showers particularly over the northwestern highlands of the southern New England region. We here will likely be spared and snow, but a flake or two floating across the sky in the afternoon is possible, but nothing in the way of accumulating snow is expected.

Morning lows around 30 and afternoon highs in the low 40’s with gusty northwesterly winds negating the warming effect of the sun. Hey, at least we’ll see some sunlight, which is a plus.