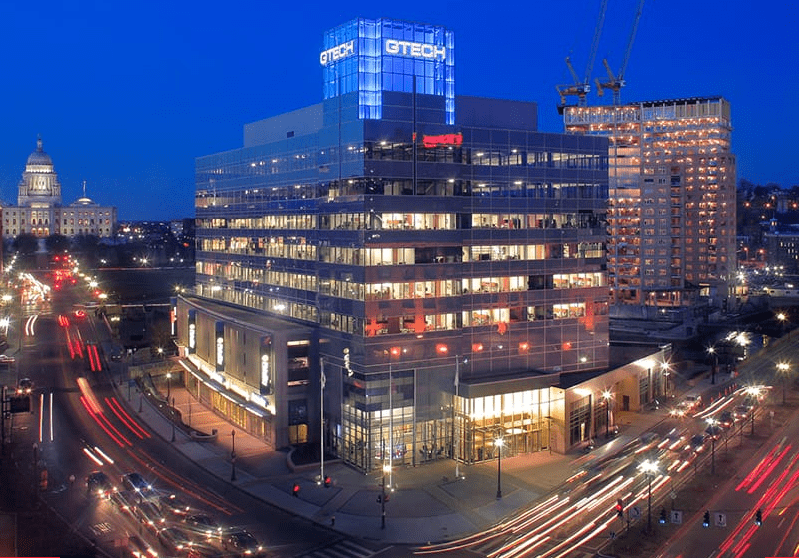 Imagine All the Buildings. David Brussat looks back at Providence

The other day, flipping through stacks of my old Providence Journal columns seeking a shot of a c. 1750 house in Providence’s old village of Hardscrabble (which I found), I came across a column inspired by a website’s image of a fictional place called Femopolis, scene of a graphic novel being written by Paul Guinan, of Portland, Ore. “Imagine all the buildings …” was written in 2004, when Providence officials switched design strategies in Capital Center from traditional (such as Providence Place, the Westin Hotel, the Marriott Courtyard) to modernist (the GTECH headquarters, the Waterplace condo towers). The column was an exercise in finger-wagging that did no good and rerunning that column will surely do no good as the city continues to screw up its latest version of Capital Center – the I-195 innovation corridor. Still, give it a read anyway. Who knows what might happen? Here it is, followed by a couple of remarks on recent local development news:

Imagine all the buildings …

See that pond in the illustration above? That could be Waterplace. Imagine if the new buildings recently proposed to go on either side of the pond looked like the ones above – not exactly, but in that spirit. Providence would become the most popular middle-sized city in America. Instantly.

Something like that happened once, on a grand scale. Chicago built a classically inspired “White City” for the World’s Columbian Exposition [Chicago World’s Fair] of 1893, some 150 temporary buildings made of plaster and painted white. It opened a year late, but after word spread of its startling beauty, an extraordinary 27 million Americans went, about a quarter of the U.S. population then.

They returned home with the idea that their cities and towns could also be beautiful. Thus, began the City Beautiful movement. Municipalities across the nation hired classically trained architects and planners to redesign civic plazas and other public spaces. Most of what elegance survives in the downtowns of today’s America hails from that period.

The City Beautiful movement was aborted by depression, war and the Modern movement. But just suppose that architecture had continued to evolve in the graceful manner it had over the foregoing 500 years. Imagine that every building erected in America since 1950 had been not a sharp break from the existing urban setting but a gradual addition to and strengthening of that setting – an architecture that moved into the future by building creatively on the past rather than rejecting it.

It is no stretch to imagine that American cities by now would rival European cities in beauty – especially since Europeans have been attacking their own cities with their own abrupt, sterile, chaotic, dysfunctional, ugly forms of modern architecture.

The image above is from a website about a fictional place called Femopolis, the setting for a “graphic novel” planned by Paul Guinan, of Portland, Ore. A friend directed me to it (www.bigredhair.com/femopolis), and when I saw the image I thought it might in fact be an old postcard of the White City.

It turns out to be the 1904 St. Louis World’s Fair. But give it a good look. Just suppose that the developers of Parcel 2 and Parcel 9 [the Waterplace condo towers and GTECH], on opposite sides of Waterplace, were proposing designs of a similar grandeur and magnificence. Imagine the tingling surge of excitement that would arise at such a prospect.

The Capital Center Commission’s design panel would wag its fingers, of course, and tut-tut about “copying the past.” But the public would love it. And because the public casts more votes than the design elites, political pressure to build it would be intense.

Alas, while neither project has progressed far enough to have even a tentative design sketch, their architects offer photos of buildings they like or have built – the usual glitzy, glassy stuff inflicted on most downtowns (Providence perhaps least of all).

The GTECH headquarters concept has been described as “contemporary,” “innovative,” yet “respectful of its neighbors” (see Journal staff writer Andrea Stape’s article “Designs on Providence,” Business, April 3). GTECH will reportedly reveal its initial design for Parcel 9 to the panel on April 27.

As for Parcel 2, [developer] Intercontinental’s ideas for what its project might look like wowed the panel at last week’s meeting. I think every member used the words “very exciting” to describe a relatively vague concept that I found very unsettling.

Perhaps I was unduly alarmed by an ominous exchange between two representatives of Intercontinental, who assured each other that “we are reacting to the client’s quasi-modernist tendencies.”

So far, based on the Stape article, last week’s design-review meeting, and Michael Corkery’s March 31 story on that meeting (“Capital Center panel hears new proposal”), neither project seems much interested in fitting gracefully into its surroundings, at least not in ways most of the public would understand. In fact, the panel members realized at the last moment, almost as an afterthought, that they had better urge Intercontinental to offer some idea of how its project will refer to the Capital Center’s context, most of which is traditional: Providence Place, the Westin, the Marriott, Union Station and Waterplace itself – not to mention the State House.

To be contextual, the designs need not reach for the heights of the White City, Femopolis, the State House or even the mall (much as that would please the public and, of course, you mild-mannered critic). But it would be nice if both project designs were at least as deferential to the best of Capital Center as the dead designs they hope to replace, both of which mixed the old and the new well enough – no tingling of the spine, but acceptable.

At Waterplace, Providence cannot afford to go ugly. If the latest projects don’t strengthen the city’s unique historical character, at least they must not undermine it. That is not too much to ask.

But suppose the developers had the courage to buck the design elites and build something grand, truly worthy of the place. Ah! Just imagine …

Just to take a few recent local news items, one can easily imagine that Providence Place would not have just traded down from Nordstrom to Boscov’s – the mall would have been trading up for years by now. Likewise, the proposal by a Washington developer to turn the old Journal Building (1906) into a swanky hotel would not have stalled out over the absence of a TSA (tax stabilization agreement) with the city. TSAs would no longer exist in Providence because beautiful architecture would have turned it into a more robust city at least a decade ago. The market would not require TSAs or other subsidies to goose projects forward, but rather the issue would be how to slow down excessive development. That’s what beauty can do.