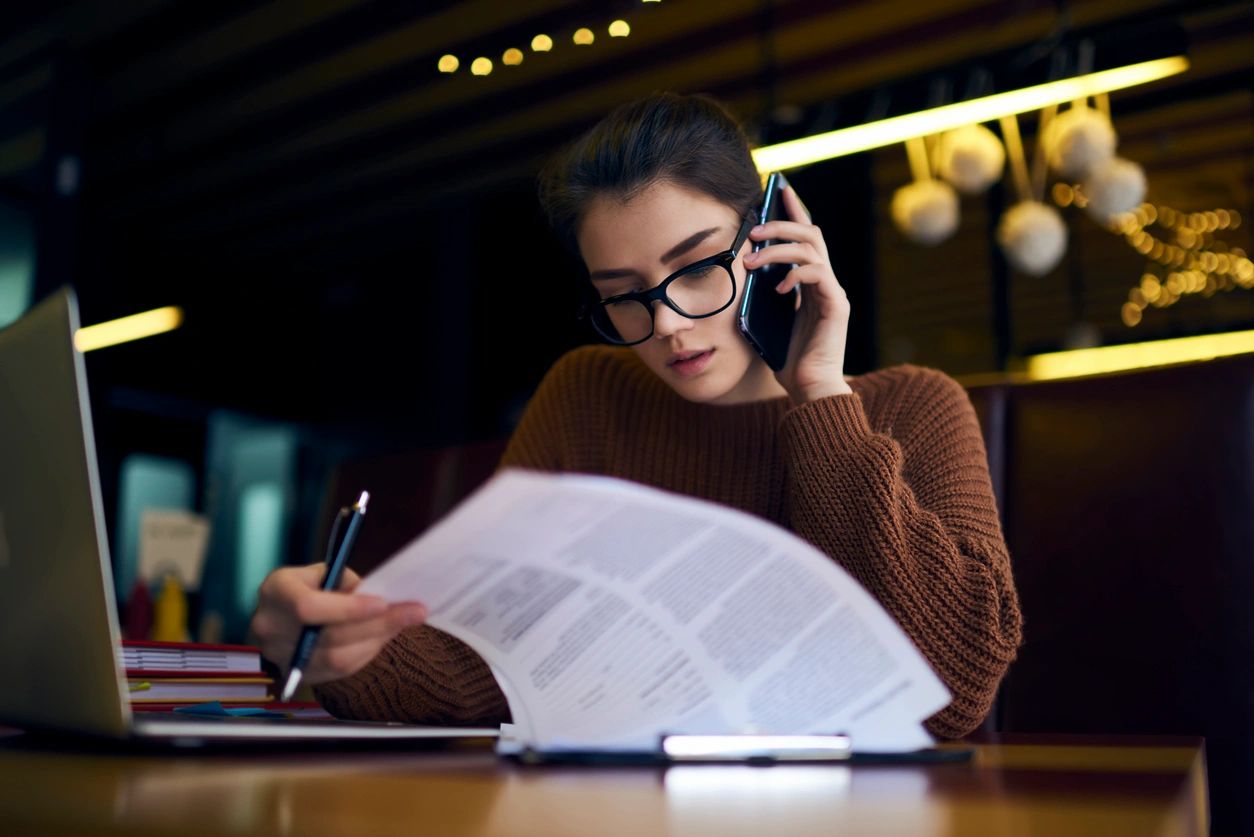 Maybe We Should Mind Our Own Business – Mary T. O’Sullivan

Keep your attention focused entirely on what is truly your own concern and be clear that what belongs to other is their business and none of yours. – Epictetus

In his fascinating book How Women Rise, Dr. Marshall Goldsmith and his co-author Sally Helgensen, explore 12 “habits” women typically display that curtail their professional growth. In previous blogs, I’ve discussed each of these in detail, and have since noticed the veracity of these “habits” disappointedly verified in my regular encounters with other women. The “habit” that caught my attention recently was #12 – “Letting Your Radar Distract You”.

According to the authors, women take in more information than men do, allowing our brains to formulate a broad picture of a situation. The problem arises when we begin to draw judgments and worry about each element of the “big picture”.  Similar to “Rumination”, we’ll revisit thoughts and events over and over, sometimes reading too much into each strand of the facts. For instance, say you’re giving a presentation to a large audience and you notice someone in the front row looking irritated. What’s your radar telling you? The person has a scowl on his face and scrolls through his phone rather than listening to you. What’s your conclusion? The self-talk that takes place might very well be negative. Our radar says we are doing something wrong. We’ve messed up this talk. We’re not good enough. Somehow, we’ve failed.

How does a man handle this same circumstance? He probably ignores it completely. Why? Because men’s brains act more laser like. Bets are that maybe he doesn’t even notice this distraction. But not us women! We drill down into what may have gone wrong. We blame ourselves when we don’t even know the reason this person is not attentive. Maybe he had a fight with his wife, maybe he has to lay someone off, maybe his car or home needs some expensive repairs. We need to draw in our radar “aperture”, and focus on our purpose, our talk, not concern ourselves with worrying about one distracted person in the audience. Again, we misconstrue the value of the broad perception we women possess. Rather than making decisions about which pieces of information are important, we take in all the information, and focus on the negative perceptions rather than simply moving on with our task.

Other ways women let their radar distract them is by making assumptions much in the same way we misjudge incoming information. Recently, I was shocked to receive an email from a female “colleague” with a nasty, sarcastic tone. “I have offered many times to talk with you about your business. You have never contacted me… please take me off your mailing list or get serious and let’s have a discussion”. Imagine the assumptions that went into making this statement.  Where was this women’s radar? Making assumptions and jumping to conclusions, as she did, is what puts women in the category of “petty”, backstabbing, back biting, and nasty. It’s the “Mean Girls” mentality. We often hear of how women undermine each other, don’t help each other, and sabotage each other. How we don’t band together and play like a “team”, we don’t form a “tribal” bond like the men do. The comments from this woman are a perfect example of that. If she were so displeased with interacting with me, she could have just unsubscribed herself, or ignored my email. But, no, she wanted to “show” me she “meant” business. In other words, she didn’t want me to waste any more of her precious time sending her emails. Was this response really necessary? We are together in the same professional group, and we’ll see each other in future meetings. So, for the sake of the group, could she have just minded her own business? Not this type! She was determined to tell me off in a response to a survey question – the chicken way to communicate. Not even a personal email or phone call would do it for her. Maybe she assumed I wouldn’t ever see her survey response.

When women stoop to petty infighting as in this example, we are misreading the tea leaves. Yes, there are a lot of tea leaves in the cup, but we have to figure out which ones are signaling what. When you are not sure, and you have a lot of information to choose from, if you want to rise, pick your words wisely. Don’t overreact, don’t ruminate, don’t over think. The person you think may have wronged you, won’t matter in the long run. Mind your own business, and you’ll get further, with less collateral damage, and maybe one more friend.

“The day you look at other women and celebrate their strengths instead of thinking of them as competition is the day your go from a girl to a woman’. – Alli Worthington