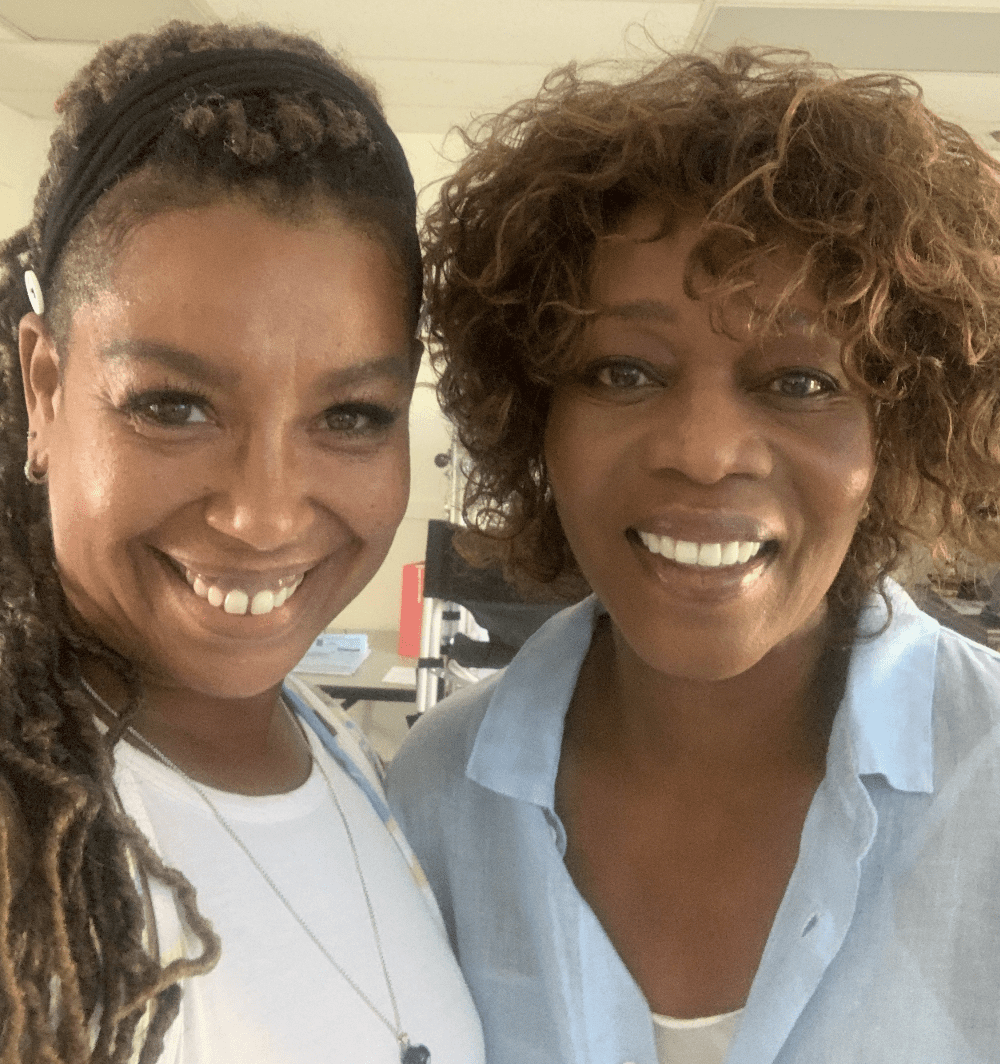 It’s hard to believe that September is almost here, which means the television industry is rolling out their season premieres and cast and crew are getting back to work.

In Rhode Island it’s not uncommon to get a glimpse of movie or television crews filming around the state. Such was the case this summer with the production of Space Oddity in Wickford Village and Exeter.

Beyond the sightings of actors Kyra Sedgwick and Kevin Bacon, rarely do we know the individuals behind the scenes, the lighting, and the hair, and the makeup artist.

Meet Monique Graham, hair and makeup artist on such productions as Greetings From Tim Buckley – 2012, Bleed for This –2015 and Central Intelligence – 2016. A hair stylist by trade, the Cape Verdean Rhode Island native’s first job in the industry was in the 2009 production of Bride Wars starring Kate Hudson and Ann Hathaway.

In southern New England’s film production community, the professional with the number of productions under their belt is sought after, especially if they are a union member of color. The rarity of being a union member who is experienced in styling natural hair, Graham is a sought-after commodity.

Actresses from Taraji P. Henson (Empire) to Gabrielle Union (Best Man, America’s Got Talent) have faced not having a stylist of color on the set. The problem stems from a lack of union makeup artists and hairstylists that have a wide range of experience. According to industry insiders there are certain barriers of entry when it comes to becoming a union makeup artist. A lot of the people who spend the most time with black and brown skin find it difficult to get these opportunities because the unionized makeup and hair industry is nepotistic in nature.

Fortunately for Monica, she found an individual like Barbosa in 2009 that gave her a break in a competitive business. Graham is aware of the unique position she is in as a woman of color. “I know that I need to be there on time, prepared, and ready for whatever is thrown at me; I never take that for granted,” she says. When a production makes an effort to tell her that she’s the right fit for a project, an intentional effort by a production team to be inclusive and knowing that you’re in that position because of your talent and work ethic.

Last month Graham completed work on the Space Oddity production. Her work on this particular Project, she says, made her feel like she is officially part of the film industry. It was the first film that she was assigned requiring her to take charge and make decisions for all cast members. Without any guidance from production, Monique created the style and look for each actor, including lead actors Kyra Sedgwick and Kevin Bacon. “They consult me about their look, create it, and that is very empowering” says Graham.

The seasoned stylist also has television shows to her repertoire of productions where she has had an opportunity to build up her union hours, including two seasons on Showtime’s City on the Hill.

Now that the Oddity film and the Dexter TV show have wrapped, Monique will take a much needed 2-month break until the next project. She’s currently waiting to hear from Disney Studios regarding Hocus Pocus 2, slated to begin filming in the state this fall. Until then the makeup artist says she is ”Going to enjoy my son, our new pool and count my blessings!