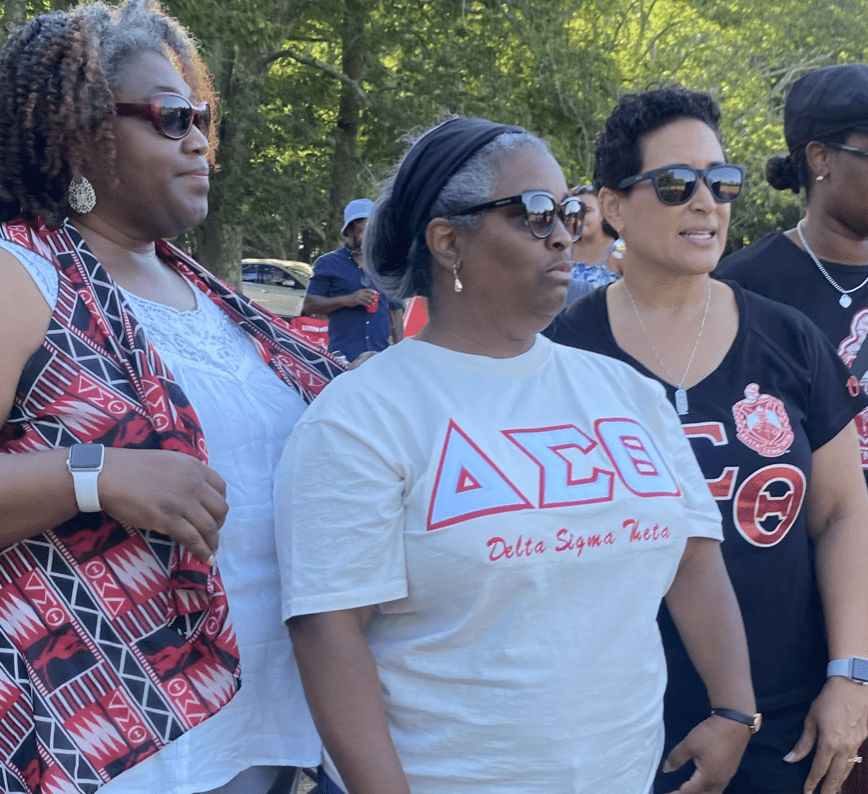 Last Saturday on one of the steamiest days on record, Theta Psi Omega Chapter of Alpha Kappa Alpha Sorority, Incorporated invited their fellow “Divine Nine” members to join in a “Day of Unity” at a cookout at Goddard State Park in Warwick.

These organizations were established in the early 20th century beginning in 1906 when Alpha Phi Alpha Fraternity was incorporated at Cornell University.

“This event is an opportunity for all the members of the D9 to come together as a united community to celebrate the history of the organizations and our collective family,” says Theta Psi Omega Chapter of Alpha Kappa Alpha Sorority, Incorporated President, Janelle Clark.

This Fall the collective group will officially become a chapter of the National Pan-Hellenic Council (NPHC).  Since 1930 the National Pan Hellenic has served as the premier organization for African American fraternities and sororities. The NPHC was founded at Howard University to support black college students who were searching for a voice, community, and shared identity as they pursued their education. This organization played a vital role in uniting black collegiates as they fought for equal rights and fair treatment under the law, and today the NPHC continues to bring young men and women together as they honor the history, traditions, and values of their Greek organizations. The NPHC currently has nine members, and these Greek organizations are commonly referred to as “The Divine 9”.

Following a day of bonding that included live music, traditional foods including southern favorites like Macaroni & Cheese, Spinach Pie, and Apple Pie. An SUV filled with backpacks, school supplies and toiletries were collected and later delivered to Sojourner House, advocates for victims and survivors of domestic violence, sexual assault, and human trafficking. The non-profit is a long standing partner of the Sorority group.

Traditionally the Sororities and Fraternities provide scholarships to local students and register Rhode Island’s communities of color to vote.  Beginning in August, the “Divine Nine’s” unity will be on display as they host a Gubernatorial Candidates’ Forum as part of their efforts to urge the BIPOC community to vote in the September 13th Primary and the November General election.

To learn how you can support the Sojourner House “Back to School” project, send an email to  program@akathetapsiomega.org.