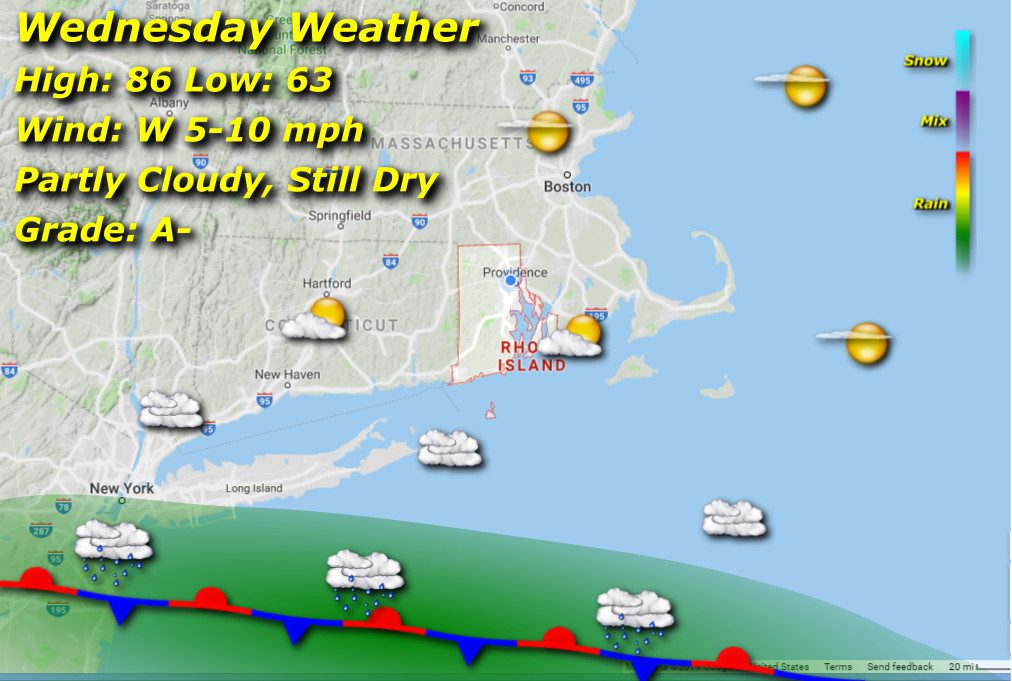 Dry air remains in place with high cloud cover north of a frontal boundary well south of New England. High peak in the mid 80’s from morning lows in the low 60’s and a light westerly breeze