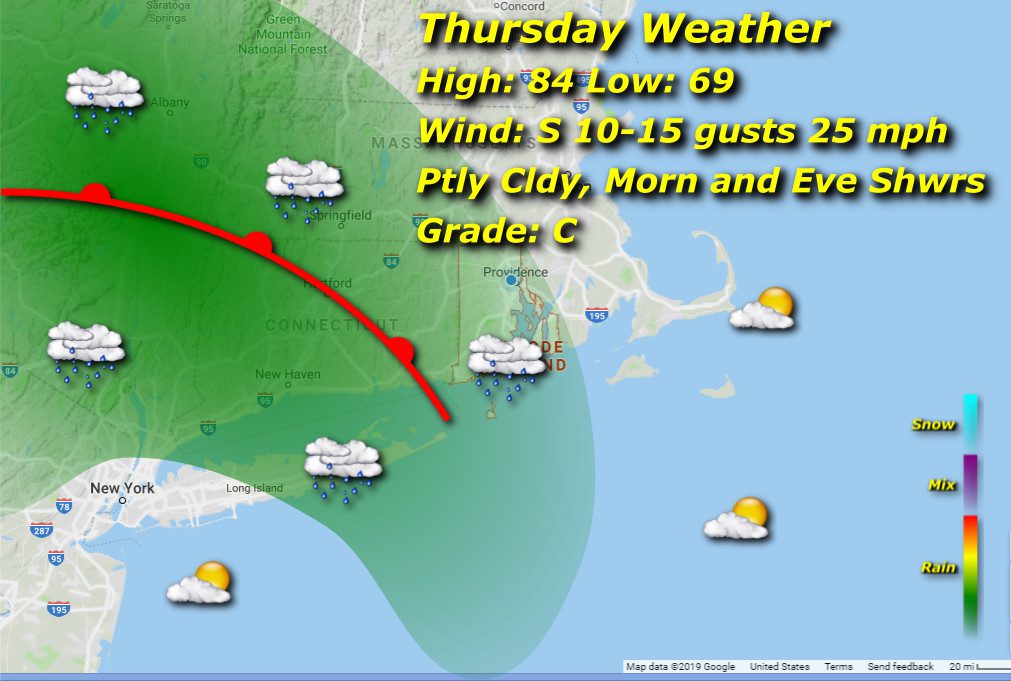 Muggies return ahead of a warm front moving in from the west, with some light morning showers possible, and also a bout of late afternoon/evening showers, too, but confidence in either of these timeframes is low. We’ll stay out of the 90’s, but highs in the mid 80’s teamed up with dew points in the low 70’s is nearly a championship combination. A southerly breeze gusts towards 25 mph, helping slightly with the stagnation.

Rumors of temps in the area next week well into the 100’s are just that, rumors, and not the Fleetwood Mac kind. Upper 90’s a good bet for historically the hottest stretch of any year, last week in July, first week of August.