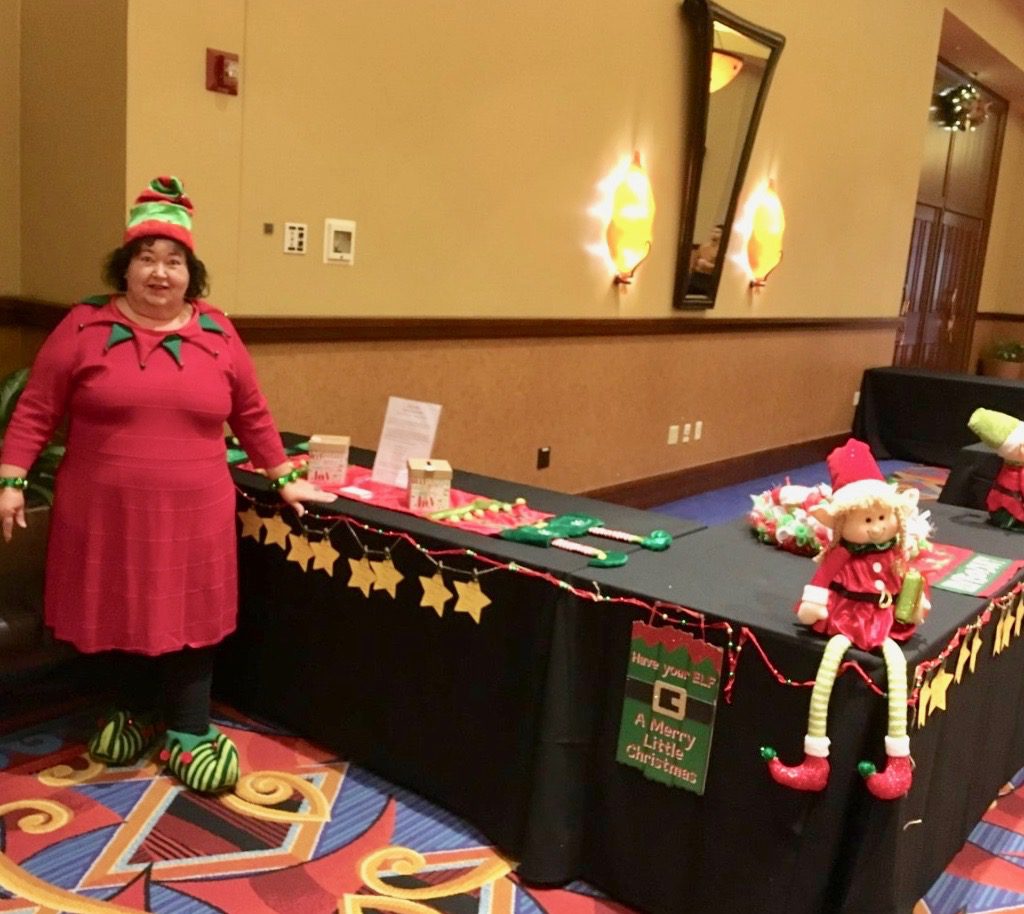 Giving Seniors a Reason to Smile…Elves for Elders

The holiday season brings the best in people since they are receptive to giving. Between Thanksgiving and New Year’s Day, people donate frequently to not only feel good about themselves, but to also get the tax benefits associated with helping others.

There are groups, such as senior citizens, who might have several reasons for not getting any attention. They might live alone and do not have family living in the area. Or, they have mobility issues and cannot go out and get things for themselves. That’s why a program created by Maxine Hutchins provides homebound and lonely seniors a gift for the holiday season brings more than just smiles.

“Seniors are often a forgotten group when it comes to the holiday season,” said Hutchins, who works at Right at Home in Warwick and whose Elves for Elders program has operated for 16 years. “They may not have the means or the resources to see friends, family and/or relatives. We provide cheer and hope to these people, so they feel wanted and know that other people are looking out for them.”

Hutchins said the roots of Elves for Elders began when she worked as a social worker in senior housing. She made Christmas cards for 200 residents that drew concerns from friends and colleagues saying it would be wasting her time. Hutchins said when one of her residents thanked her for the card stating it was the only one she received for Christmas that gave her all the motivation necessary to continue.

“That resident had never married and had no children. Then, I thought if I’m the only one that gave her a card, and I certainly did not give her a gift, then how sad is that; not receiving any gifts at Christmas?” she said.

She began a non-profit association of women who provide services to seniors called Seniors RULE (Resources Unlimited – Liaisons for Elders). They meet monthly to participate in community events to act as a one-stop resource for seniors and/or their caregivers. Part of being a member is supporting Elves for Elders, she noted.

As the Elves for Elders program grew, Hutchins said she needed to move the holding site for the gifts. Three years ago, she found her current site at Lakewood Baptist Church in Warwick. She collected gifts from the malls after Thanksgiving weekend and held them at the church until our ‘wrapping’ event, where the group sorted and assembled the gifts. She added that the group did all of the wrapping until five years ago, when they requested gift bags be included with the stars.

“Elves for Elders is a program designed to obtain gifts for seniors in various facilities statewide who might not otherwise receive a gift for the Holiday Season,” Hutchins said. “Over the past two years, we have averaged 1,200 gift requests from 22 various nursing homes, day cares, senior centers and subsidized assisted livings.”

Starting November 1, there will be trees that will display stars at various malls throughout the region. These stars include a gift for an elder that customers can pick up and purchase. All tress will be up at Emerald Square Mall in Attleboro, Wrentham Village Outlets, Catherine Specialty Clothing in Cranston, Mission Nutrition in Cranston and Warwick Mall. The trees will be taken down from their respective posts on December 10.

Hutchins said the way it works is that patrons pick up a star at the mall’s courtesy desk. The star will have the senior’s first name and the type of the present they would like. As examples, a woman named “Mary” might want a pair of size-8 slippers or and man named “Sam” may want a pair of extra-large pajamas. The person purchases the item or items and returns them to the courtesy desk with the star.

“We receive a lot of requests for clothes, but it’s not confined to just that,” she said. “People can ask for anything such as toiletries, personal items or even things outside the box. We want to give people what they ask for and have a happy holiday.”

Hutchins suggests that the gifts come in a gift bag with the star attached to the bag. All donations are due back to the respective malls by December 10. A few days after that date, Hutchins and her “Elves” will collect the items from the malls, sort and arrange the gifts to be sent to the appropriate facilities and deliver them.

More information, including anyone who is interested in becoming an ‘elf’ for this holiday season to, may contact Maxine Mae Hutchins 401-286-3821 or by email at threeofcupz@gmail.com.