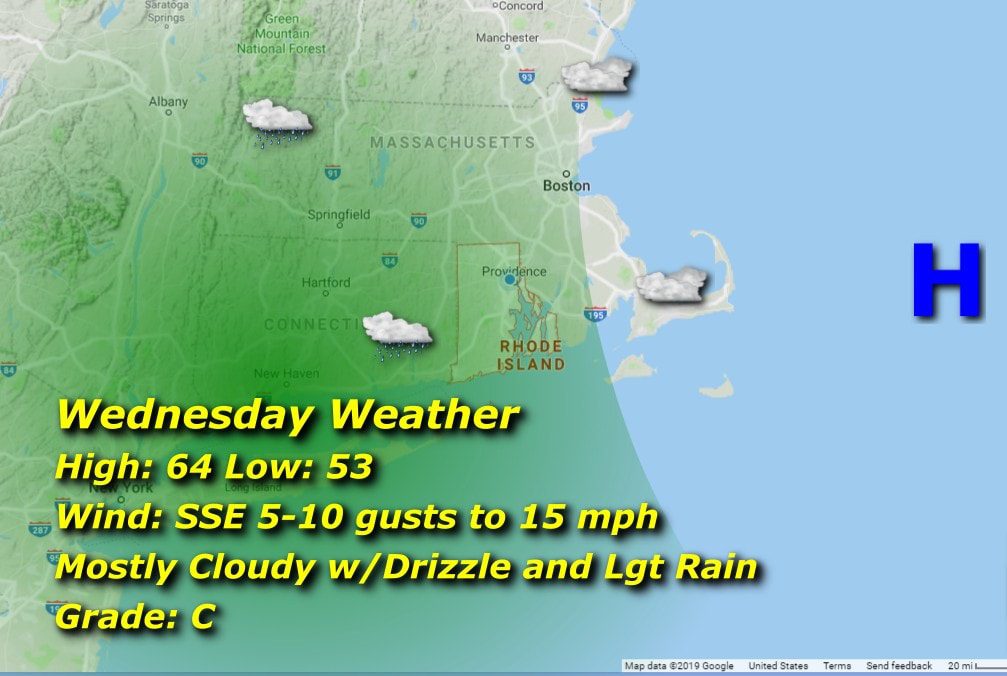 A slight shift in winds around Atlantic high pressure to a more southerly direction will bring in higher temperatures, but with them the continued chance for drizzle and mist with eventually some light rain in the afternoon. Expect low clouds and patchy fog for the morning with slight lifting of cloud bases by afternoon as slightly more significant rain moves in from the southwest. Morning lows higher than the last couple of days, settling out in the low to mid 50’s and climbing to afternoon highs in the low to mid 60’s. Winds will generally be light, but some gusts will accompany the approaching rainfall.