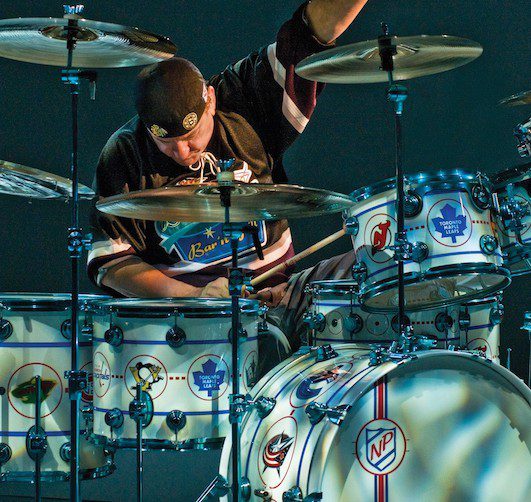 “And the meek shall inherit the earth…”

I didn’t understand exactly why, but the song spoke to me in ways I’m just now beginning to understand. It is about rebellion, plain and simple. Rebelling against indoctrination into group think. Freedom from oppression. The majesty of the individual, and the beauty each and every one of us is capable of achieving on our own, by ourselves, and for ourselves.

“Look around this world we made
Equality
Our stock in trade
Come and join the Brotherhood
Of Man
What a nice contented world
Let the banners
Be unfurled
Hold the Red Star proudly
High in hand.”

It is a hard rock anthem against socialism. It is brutally honest, stark and powerful. And I didn’t even know it. I just liked it.

Years later, I found Ayn Rand. Her novel, Atlas Shrugged, was suggested to me by a casual acquaintance who shared my love of end of the world stories with a message of hope. That book helped shape my political philosophy with its message of individual achievement being an honorable goal.

The potential for greatness was crushed by those in power for the protagonist in this song, using Neil Peart’s words, not unlike the climate plaguing the world today.

We are seduced with promises of fairness, safety, equality, and comfort at the expense of freedom of thought and action. We are embroiled in a race war, a privilege war, and a war against the individual. Hard work leading to success is scorned, wealth criticized, and individual competence considered secondary to participation in mob activity.