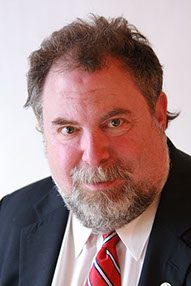 Taking Charge: Collected Stories on Aging Boldly, published in 2016, contains a collection of 79 articles covering a myriad of aging issues ranging from care giving, retirement planning to thoughts about spirituality and death. These articles are intended to empower with practical tools to live a happy, engaged and empowered during the second half of your life.

Don’t just grow older, take charge and age boldly! The newspaper column collection is by Rhode Island author, Herb Weiss, an award-winning journalist whose body of work is a treasury of well-researched stories and insightful interviews with experts and everyday people who have shared their observations about growing older.

Herb Weiss has enjoyed a distinguished 36-year career in journalism, earning a national reputation as an expert on aging, health care and medical issues. Over 600 articles that he has authored or co-authored have appeared in national, state and local publications and newspapers. He is a 2012 graduate of the Theta II Class of Leadership Rhode Island.

Herb is a recipient of the 2003 AARP Rhode Island’s Vision Award for his weekly commentary that appeared in the Pawtucket Times. He is a two-time recipient (1994 and 1999) of the American College of Health Care Administrator’s National Award for his coverage of long-term care issues. He was also awarded the Distinguished Alumni’s Award by the Center for Studies in Aging, North Texas State University, in 1997, for his career coverage of aging issues. In 1997, he was selected by the prestigious McKnight’s LTC News to be one of its “100 Most Influential People” in Long-Term Care. In 2016, Governor Gina Raimondo appointed him to the Rhode Island Advisory Commission on Aging.

Taking Charge may be found at most local bookstores and is available to order on Amazon.