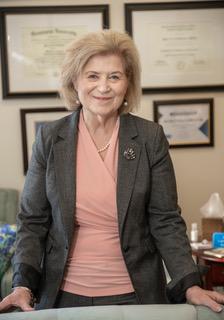 When a leader walks in a room, do we know he or she is a leader, just by looking at him or her?

Tell-tale traits – Clothing, posture, grooming, gait, eye contact, handshakes, speech, mannerisms, reputation. All are required prior to the leader opening up his or her mouth to speak.

This definition of leadership conjures up an incident, which took place early in my career. Behavior is indeed the distinguishing character factor in separating leaders from non-leaders and it brings to mind a project leader I’ll call Koch Easel.

Koch was in charge of a fairly complex project involving many people at all levels over three-month period. Koch had serious issues with taking most suggestions; especially those offered by a woman and in particular a newly hired woman from a competing company.

Throughout several months of the program’s life, Koch met with perceived multiple frustrations, and whined and complained incessantly with each perceived grievance. Near the end of the project, I suggested we stop a certain process Koch had put in place, as it was causing multiple repetitive functions in an endless loop. Koch was not receptive to this suggestion, much to the chagrin of the production team who was slavishly churning out the work. Finally, I engaged Koch’s superior on the project, Joe, regarding this issue. Joe immediately recognized the validity of my recommendation. Joe and I set forth removing the newly produced material and put a stop to the endless loop process.

Upon discovering this alteration, Koch flew into a frenzy. He began furiously re-posting the material, and we promptly followed behind him removing it. Finally, in a rage of defeat, Koch lashed out. He stomped his feet, and yelled, “I’m sick and tired of this “expletive deleted”.

Joe and I stood there stunned for a few seconds. Then, I decided to focus on Koch’s last behavior, the cursing. I contained myself as I calmly said “Koch, that is not acceptable behavior. You’d better calm down and get your act together.” Koch said nothing, turned on his heels and stomped out the door, slamming it loudly behind him.

Later in the saga, I wrote Koch’s functional boss a long note recounting the incident. One day, Koch decided he needed to apologize in person, and he showed up, somewhat contrite, in my office with an HR person. I was glad to see HR, because I had purchased a mini-tape recorder to record the meeting anyway. Just about turning green, Koch screwed up his courage, and coughed out an apology.

Koch never became a leader, but I never heard of Koch losing his temper and using foul language in a public forum again. His behavior has been consistently guarded since that time. I am sure HR, as well as others have advised Koch to adjust his behavior, because someone like Koch really can’t be completely overhauled without “going down to the studs”.

Recently, I was asked my thoughts regarding Koch assuming a similar role on a different program again. I knew Koch’s future hung in the balance, but I also knew that the company couldn’t take a risk with Koch. As tactfully as I could, I replied, “Koch struggles with leadership behavior; he simply does not possess the proper temperament or character to be effective. The questioner gave me that understated look of acknowledgement and realization leaders share. He thanked me for my candor, as he clearly understood exactly the implications of my comments.

Koch Edsel was not a leader.

Mary O’Sullivan has over 30 years’ experience in the aerospace and defense industry. In each of her roles, she acted as a change agent, moving teams and individuals from status quo to new ways of thinking, through offering solutions focused on changing behaviors and fostering growth. In additional, Mary holds a permanent teaching certificate in the State of New York for secondary education and taught high school English for 10 years in the Syracuse, NY area. Today, Mary dedicates herself to helping good leaders get even better through positive behavior change.