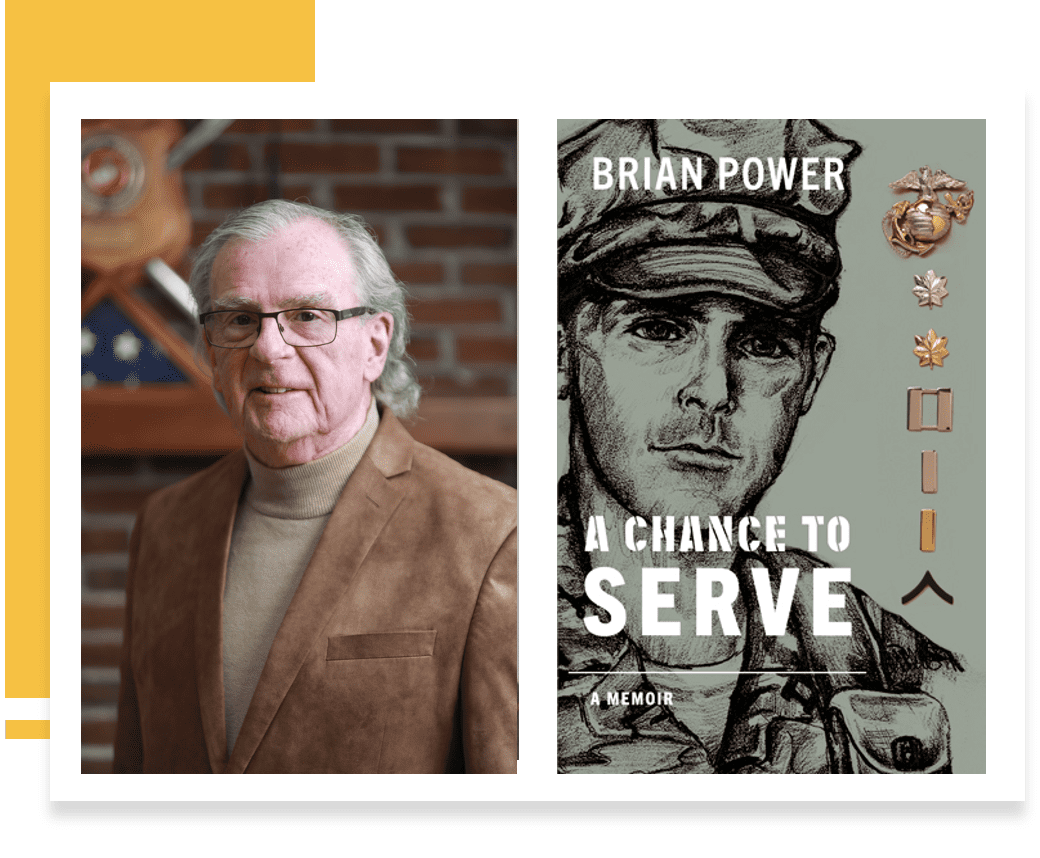 A Chance To Serve, by Brian Power – book review by Jim Raftus

A CHANCE TO SERVE  by Lt. Colonel Brian Power (Retired)

How does one go about writing a memoir of a nearly twenty six year military career if the author, as he tells it, “never saw a shot fired in anger”?

Despite lacking any direct battle drama, Lt. Colonel Brian Power, now a Rhode Island resident, manages to tell an extremely thorough, mostly entertaining, story of his long tenure in the Marine Corps and Marine Corps Reserves. A Chance to Serve begins in 1968 with his Basic Training on Parris Island and ends at the Pentagon in 1993. During this long span of time, Power went from a lowly enlisted recruit being constantly harassed by drill sergeants to a Lt. Colonel rank with a Pentagon posting.

One of Power’s assignments at the Pentagon was to respond to a letter Congressman Charles Rangel of  New York had sent to General Colin Powell concerning the redeployment of the black Hellfighters unit out of Iraq. That is quite an impressive career path for an unfocused college dropout, and is a testament to Lt. Colonel Power’s determination and dedication.

Power’s natural intelligence, aptitude and the fact that he had a couple of years of college caught the eye of his various instructors at Parris Island and then during his subsequent six weeks Marine Infantry Training at Ft. LeJeune, N.C. His performance targeted him as a likely candidate for Officers Candidate School (OCS) and when PFC Power accepted, his two year enlistment commitment evolved into two and a half decades of military life.

There were some stumbles along the way and Power does not shy away from them. After completing OCS he was sent to flight school. Less than perfect vision disqualified him from becoming a pilot so he was switched to Radar Intercept Operations where he states, “I would be in the back seat of an F-4 Phantom jet guiding its pilot to an objective.” However, he failed additional testing and washed out of the program.

Power rebounded and shone again at Disbursement Payroll Office Training School and his professionalism, thoroughness and skill at leading personnel helped him rise through the ranks at various postings around the globe.

Non-veteran readers of A Chance To Serve may get lost in the myriad alphabet soup of initials which the military loves, i.e.; MOS, BOQ, PMO, OOD… ad infinitum. It can be confusing to laypeople.

The amount of training Marine officers receive before their first actual assignments is grueling. Power entered the service in August of 1968 and his first actual posting to Iwakuni, Japan, did not occur until nineteen months later in April of 1970! That story contains a great deal of information for the reader to absorb before getting to the point where Power’s career and story take off. The descriptions of the many months of training are definitely written by a Marine. Power is thorough and detailed, but it does get a bit repetitive.

More warmth and humanity show up when he introduces us to his girlfriend, eventual wife, Kathy, who also has a military career. The struggle to maintain a relationship and the importance of love in a military marriage is well rendered.

Lt. Colonel Power loves the Marine Corps, but he does bemoan the poor stepchild status the Marines have versus particularly the Navy and Air Force. Throughout his tour, around the world, the Marine’s living quarters, mess halls and clubs are far inferior to the other two branches. Power calls it, “a problem of procurement”, but you can feel the resentment. In his view the Marines are always underfunded.

Racial strife, as prevalent in the service as anywhere else, is also touched upon with scenes of outright racism and ongoing tensions in various locations. New Marine recruits are emphatically warned against racism in Basic Training. In fact, during the first class they are told, “…you will never question the color of a Marine’s skin, or the way he worships God when he pulls you out of harm’s way!”  Unfortunately, as Power later details, the dark side of human nature still caused problems.

Lt. Colonel Power was full time Active Duty for five and a half years and the rest of his commitment was served in the Reserves. He attended the Newport Naval War College in 1985 and moved to Rhode Island with Kathy. In addition to the rigorous schedule of classes there he also attended night school at Salve Regina to earn his Master’s Degree. The unfocused college student had come full circle. His is a story of a well led life, powered by patriotism and anchored by humanism.

Editor’s Note: Brian Power will be at Stillwater Books, Main Street, Pawtucket, on Saturday, November 13th at 2pm to sign his book at a Meet the Author event.

Power is also the author of “Song of Atlantis”

More about “A Chance To Serve” at: