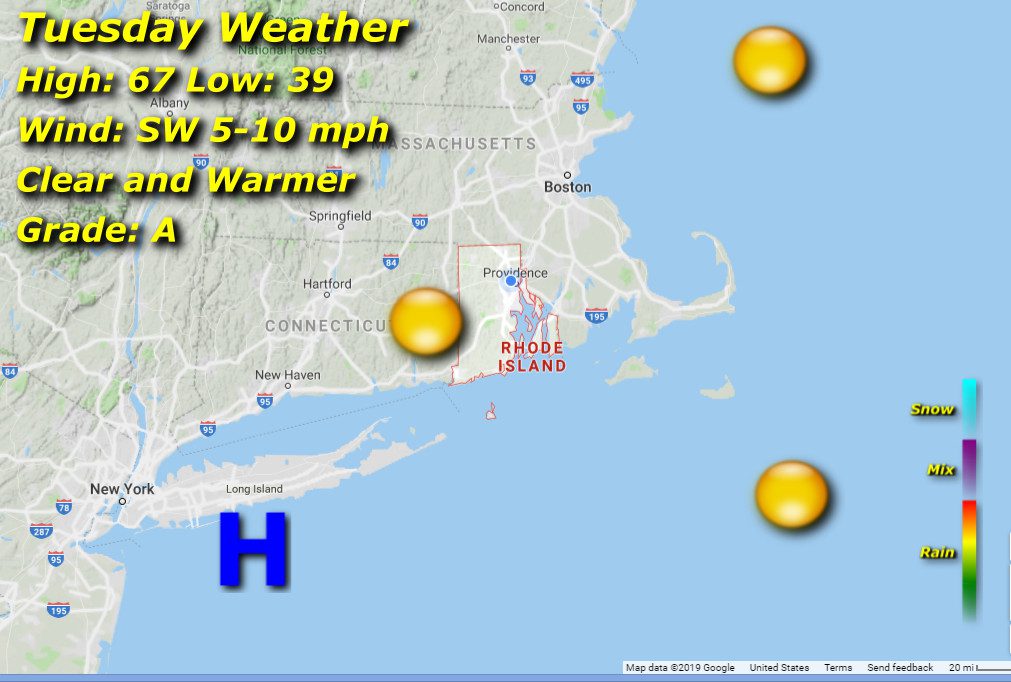 If possible, today could be even better than yesterday. We’ll see warmer temperatures in the afternoon, to the tune of the upper 60’s for highs, from early morning lows in the upper 30’s. Winds will be light out of the southwest, and high pressure in place will keep the sunshine bright and clear.

Take advantage, as these days are few and far between!