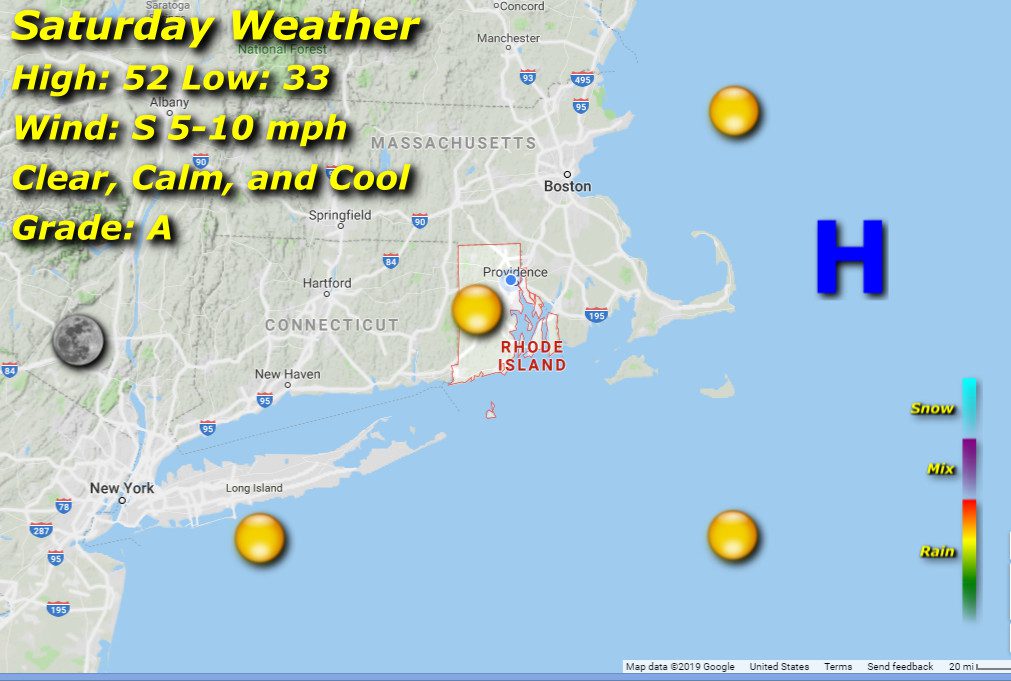 High pressure rules once again, stable air keeping cloud development to a minimum, no chance for precipitation, and dry air in place. Morning lows in the low 30’s with frost in the valleys, followed by afternoon highs in the low 50’s with a generally calm southerly breeze.

Similar to Saturday, with afternoon highs in the low 50’s from morning lows in the low 30’s. The only difference will be a light northerly breeze and some more cloud cover, but of the fair weather type. No significant weather expected.