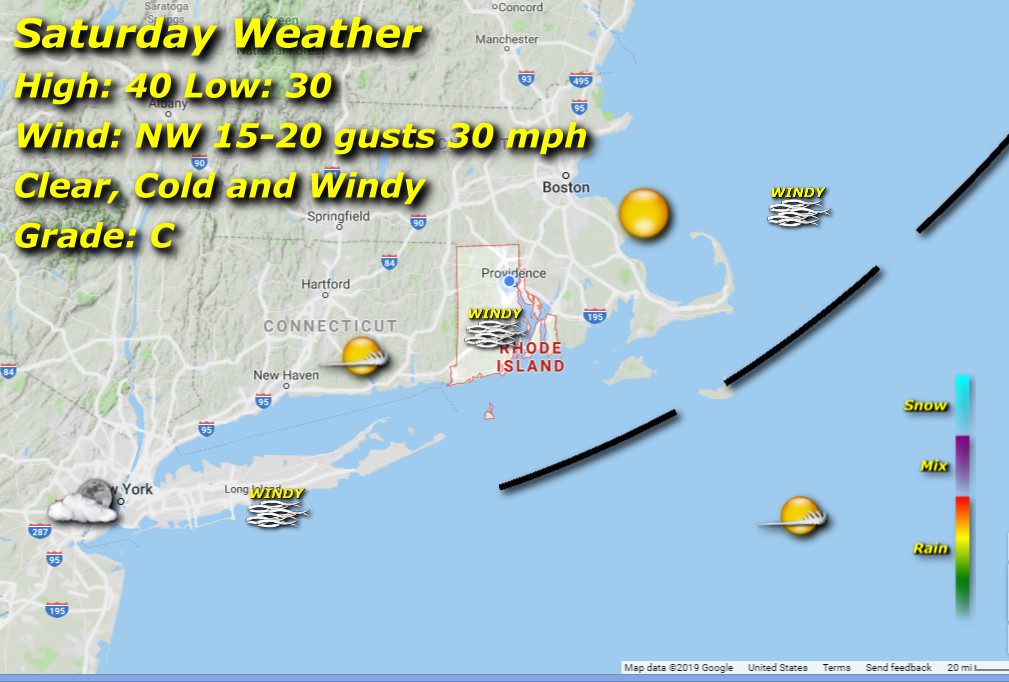 A weak trough sits to our east indicating the leading edge of this chilly air. We’ll start cold, lows around 30, rising to only around 40 in the afternoon despite lots of sunshine. Winds out of the northwest will gust towards 30 mph and drag the wind chill down into the 20’s.

A low pressure system develops over the eastern US and heads our way during the day with first impacts later at night in the form of cold light rain. The bulk of the action should remain to our south with a few flakes for the higher elevations over western Rhode Island. Winds should not be a major factor, so chills won’t be demoralizing. Afternoon highs in the low 40’s and evening lows around 30 with light southwesterly breezes.