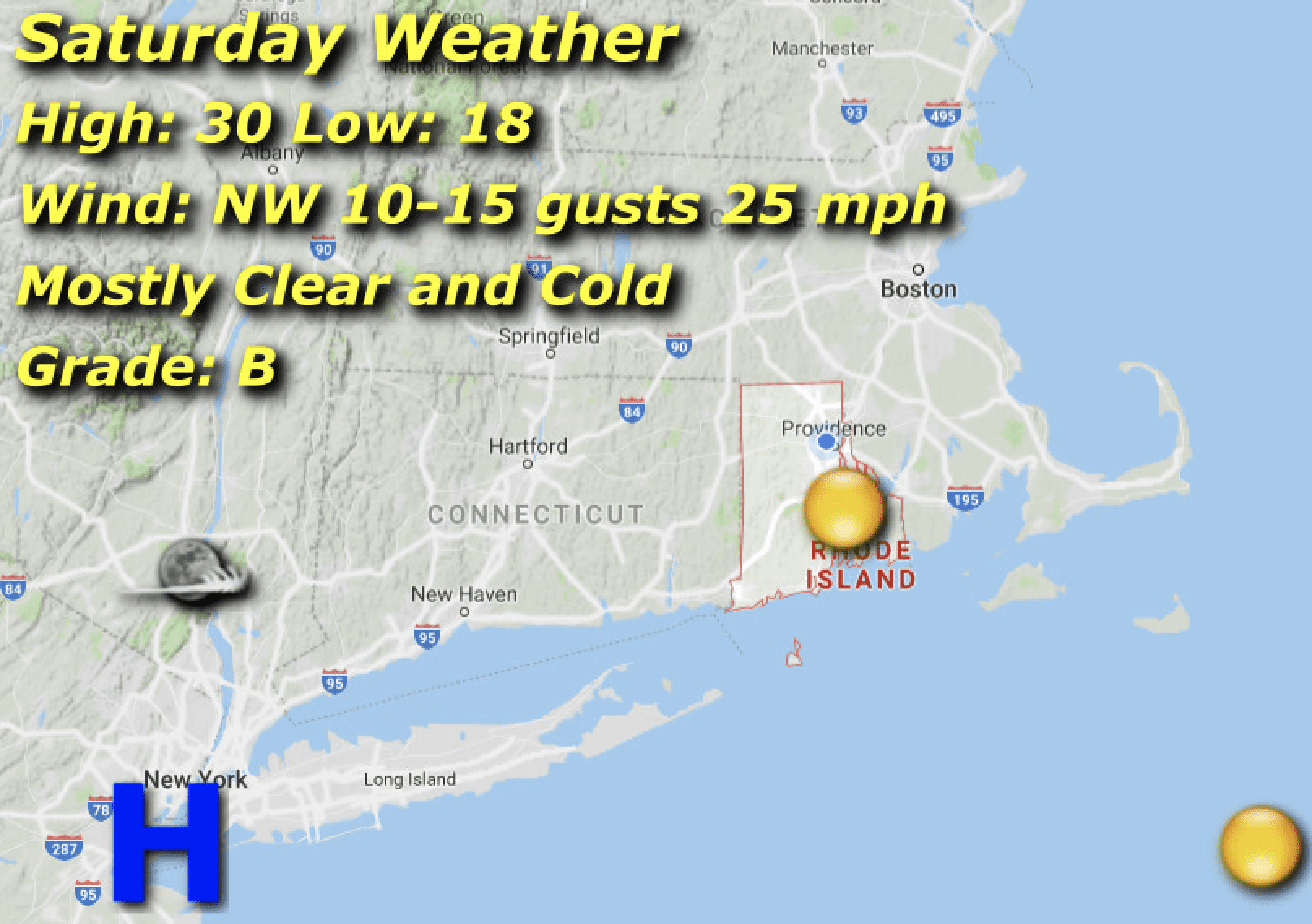 High pressure builds in behind the storm giving us clear skies but cold air comes along for the ride.

Afternoon highs around 30 from morning lows in the teens with a northwesterly breeze, dropping chills down to the single digits. Plenty of sun, but most of its energy will be reflected back into space from the snow cover.

A cold front presses in from the west with southwesterly flow ahead dragging warmer air from the southwest, to our benefit in the form of afternoon highs in the low 40’s and morning lows in the low 20’s.

Southwesterly winds gusting in the 30-40 mph range, so the expected rain later on in the day could have a sting to it.