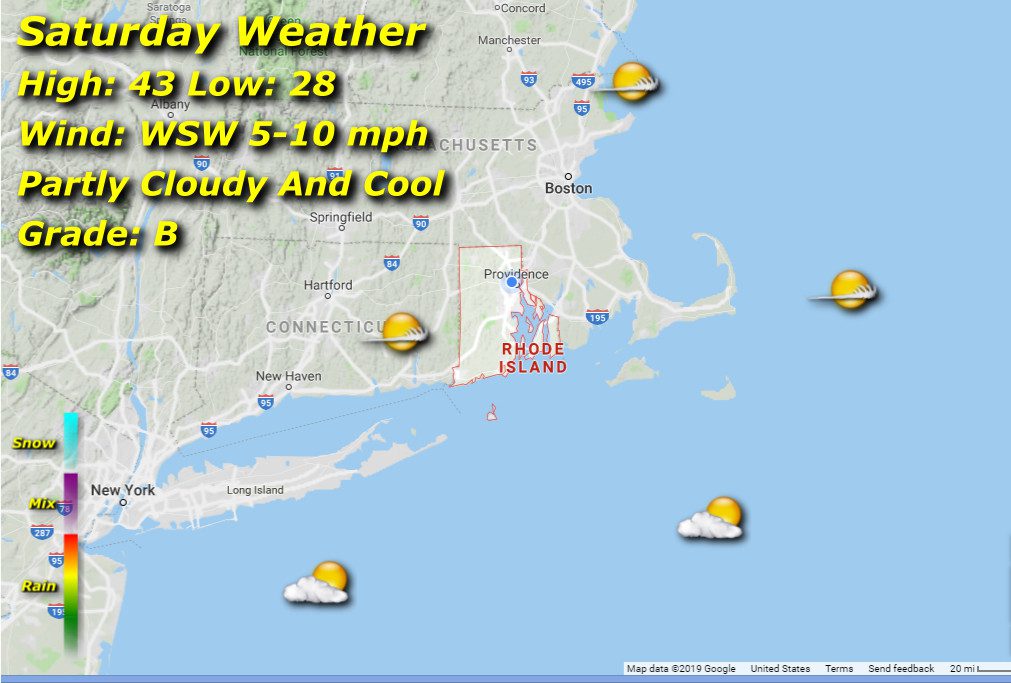 We’ll be sitting in a slightly cooler than normal airmass over the weekend, but the winds should die down so the chills won’t be so striking. Also, we’re in between frontal systems flanking us north and south, so rain should not be an issue at least through late Sunday night. Morning lows in the upper 20’s followed by afternoon highs in the lower 40’s with a light west-southwesterly breeze.

Another system develops over the Great Lakes and inches eastward with high cloud cover ahead of the system filtering into southern New England and eventually some light rain could arrive sometime after Midnight Monday.Morning lows and the mid 30’s rise again to the mid 40’s with a light westerly breeze.