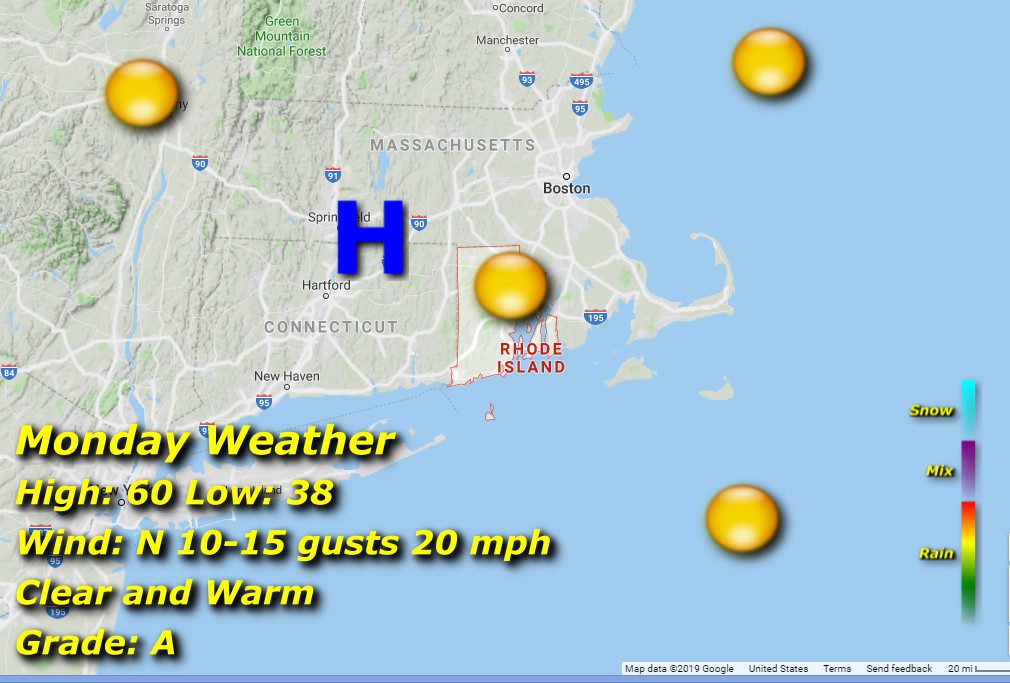 High pressure settles in and camps out for the day right overhead, elbowing out any cloud cover that tries to even begin to move in. Brilliant sunshine results, and some warmer temps to look forward to, afternoon highs around 60 from morning lows in the upper 30’s with a slightly gusty breeze out of the north.