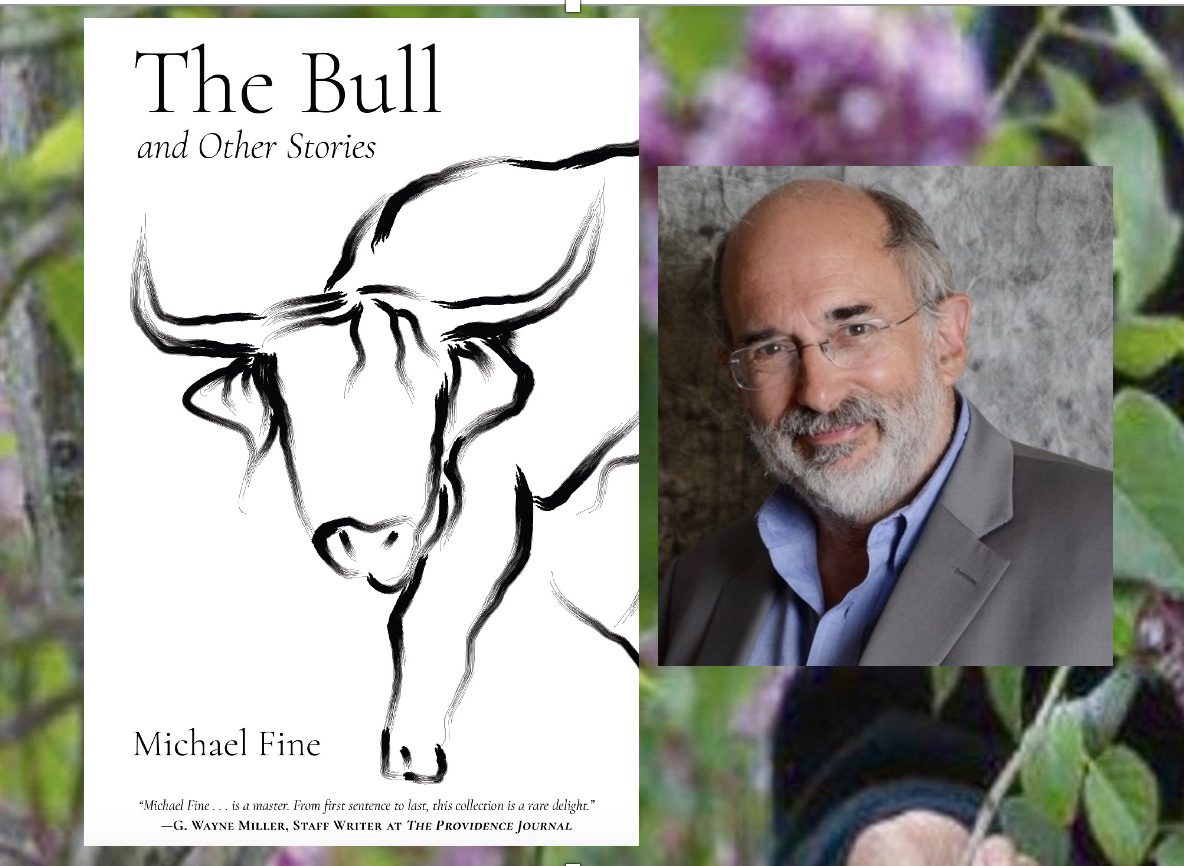 Contributing writer to RINewsToday, Michael Fine, has won the 2021 IPNE Book Award for Literary Fiction for his book, The Bull and Other Stories.

RINewsToday congratulates Fine for this honor. “Most of the stories in the book have been published as part of Dr. Fine’s monthly short story feature with us, and about five of them were originally published here, said Nancy Thomas, publisher of RINewsToday.

IPNE, the Independent Publishers of New England made the presentation on Saturday at its Annual Conference.

IPNE’s goal is to help independent publishers build and and grow their publishing and related businesses. They serve as a collaborative educational and trade association for small and mid-size independent book publishers and independent authors in the six New England states.

The Bull and Other Stories is published by Stillwater River Publications, Pawtucket, Rhode Island.

Fine has several in person and virtual readings scheduled in November around Rhode Island. Here is the November schedule: https://www.michaelfinemd.com/calendar.

The first reading coming up is at the East Providence Library, TONIGHT, Monday, November 8th from 7PM-8PM.

Fine says, “The stories in Rhode Island Stories and The Bull come to life when I read them in libraries and bookstores. I’m trying to read in every Rhode Island and nearby Massachusetts Library and bookstore once a year. Please let us know if you want a reading at a library near you, as part of a book group discussion, or even for a group of friends.”

To read Fine’s short stories for RINewsToday, go to: https://rinewstoday.com/dr-michael-fine/

You can also listen to stories on Fine’s podcasts, available at:

About Rhode Island Stories and the Bull

Synopsis: A bull gets loose in Tennessee. A black sergeant stops the murder of a Trump supporter in North Carolina. The third husband of a nurse in Pawtucket wins the lottery. A schizophrenic woman who lives on Kennedy Plaza discovers that Social Security thinks she is dead. The 19-year-old Latina caretaker of a
rich old man loses her mother to COVID-19. A horse that represents the hopes and dreams of a family in India falls asleep, and then awakens.

Ten stories. People whose lives are transformed. People who struggle and survive, who see their world through lost hopes, inappropriate loves, and irrational dreams. Ten stories, each one a new way to listen, see, feel, and dream.

Michael Fine, MD has been an advocate for communities, healthcare reform and the care of under-served populations worldwide for 40 years.

His career as a community organizer and family physician has led him to some of the poorest places in the United States, as well as dangerous, war-ravaged communities in third-world countries.

His experiences across the globe have enabled him to craft numerous short stories, novels, and healthcare policy books about how we can change the world by empowering, caring for and educating one another.

“Literature and imagination can build a better world. Imagination can help us see one another and envision what we can do together when we stop fighting and start dreaming,” says Fine.

“I don’t think I know anything that other people haven’t known for years. I just think of myself as a man who is too stubborn to accept the world as it is, and too pigheaded to accept no for an answer when someone asks if there is a better way.”

Order The Bull and Other Stories at: https://michaelfinemd.carrd.co/

All Award winners announced by IPNE: