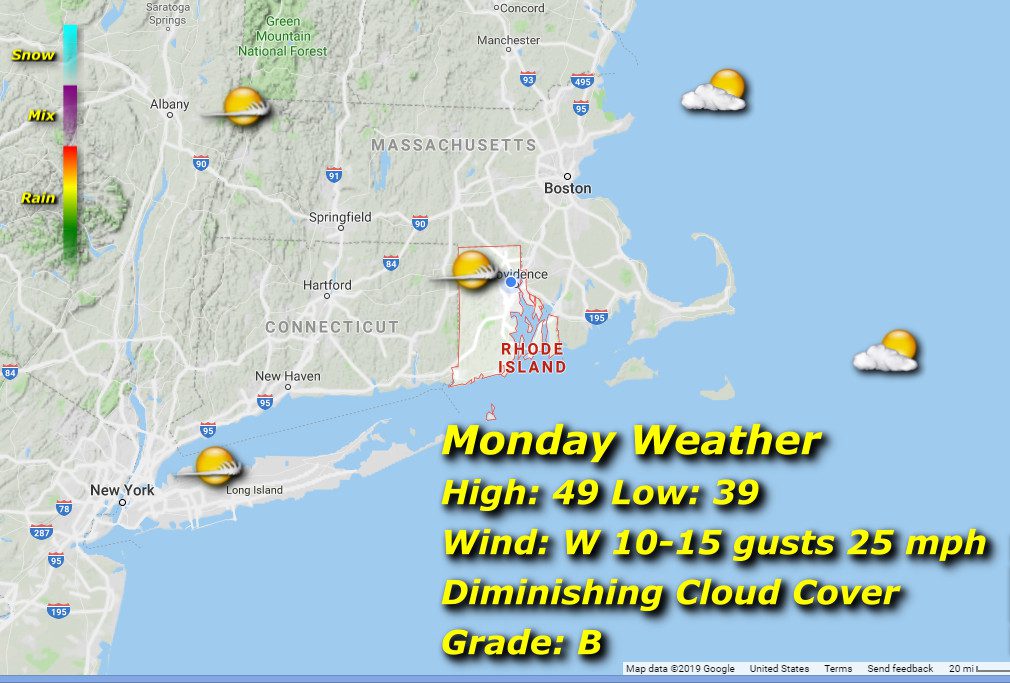 A chilly and damp start to the week after the passage of a cold front that dropped some overnight showers over the area. Cloud cover will gradually break and thin through the day as dry air settles into the region. Morning lows in the upper 30’s followed by afternoon highs in the upper 40’s with a gusty westerly breeze.