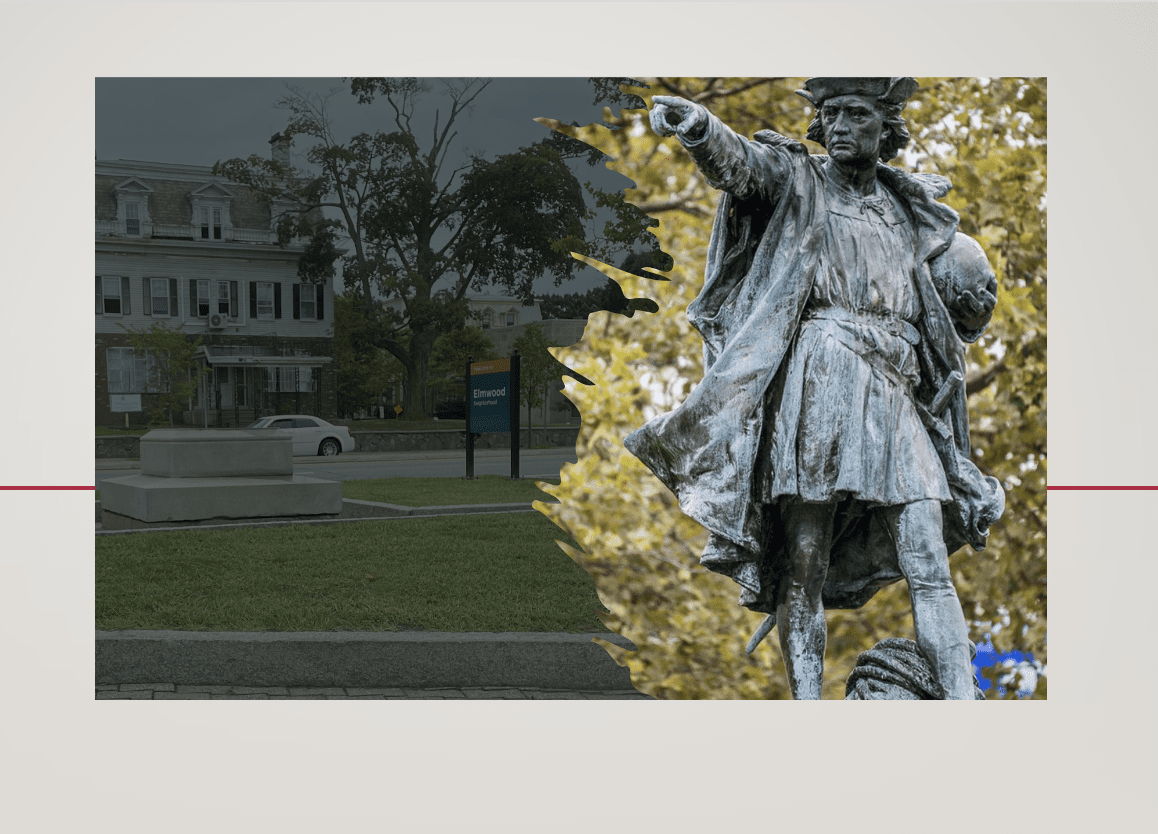 UPDATE: The Commissioners voted to hold another meeting to discuss further after the first of the year. Several community members were present to address the group.

At 9am TODAY, the Board of Park Commissioners will meet to consider one item on their agenda – the fate of Providence’s Christopher Columbus statue.

The group will meet at the Roger Williams Park Botanical Center. The meeting is open to the public.

The one item on the agenda is:

REVIEW AND ACT UPON RECOMMENDATION OF THE CITY OF PROVIDENCE SPECIAL COMMITTEE FOR THE REVIEW OF COMMEMORATIVE WORKS PERTAINING TO THE BERTHOLDI CHRISTOPHER COLUMBUS STATUE PREVIOUSLY SITUATED IN RESERVOIR TRIANGLE/COLUMBUS SQUARE PARK.

Ray Rickman, Chairman of the Special Committee for Commemorative Works

PER ORDER THE BOARD OF PARK COMMISSIONERS
Mayor Jorge O. Elorza, Chairman

Members of the Board of Park Commissioners:

RINewsToday has learned that the main proposal to be considered is to facilitate a sale of the statue as a work of art with proceeds supporting the community. We have also learned that at least two Italian-American groups may attend and propose the saving of the historic statue for Rhode Island, specifically on behalf of the Italian-American community, and that it be placed in another location. Both Federal Hill and a park in Johnston have been proposed. RISD had also indicated interest. Mayor Polisena has said he would be willing to accept it for their park, and provide a secure location.

The bronze cast was dedicated November 8, 1893 as a gift from the Elmwood Association to the City of Providence. The statue was created in 1893 by Frédéric Auguste Bartholdi and added to the National Register of Historic Places in 2001. Bartholdi’s other famous work is the Statue of Liberty which resides in New York Harbor, a gift of the French to America.

The Christopher Columbus statue was added to the National Register of Historic Places in 2001.

The commission will hear comment and vote on the recommendation of the Special Committee for Commemorative Works, to sell the statue.

Their 37 page main report begins with the origins of the statue:

In 1893, the original Columbus statue was unveiled at the World’s Columbian Exposition in Chicago. Designed by Frédéric Auguste Bartholdi, the famed French sculptor of the Statue of Liberty, the Columbus sculpture was shipped across the Atlantic and cast from 30,000 ounces of sterling silver at the Gorham plant once situated by Mashapaug Pond in Providence, Rhode Island. The company wanted to present a piece at the exposition that would catch its spectators’ eyes and demonstrate its casting and design skills. It was no coincidence that Christopher Columbus was the chosen subject for its showpiece.

Around 1,600 pounds of molten bronze were poured by the Gorham Company to manufacture the piece. Gorham intended to present the statue to “the city of Providence as a memorial of the Columbian year and celebration, and the successful issue of the magnificent silver statue which brought fame to the city as well as the silversmiths” but the City of Providence needed to consider its options before accepting the acquisition. The Providence City Council had passed a resolution in June of 1893 to consider the Dexter Training Field as a permanent home for the
monument in a Joint Special Committee. However, the Elmwood Association, a civic group from the residential neighborhood near the Gorham plant, took the initiative.

Having already raised funds for the statue’s purchase, they proposed to place the figure between Reservoir and
Elmwood Avenue. The city considered the Elmwood Association’s plan under the conditions that the association “guarantee of a sufficient amount to assure the bronze statue for the city.” The association agreed and gifted the statue to the city to place it in their proposed location. A Mr. Joseph J. Cook, the first contributor to the subscription fund and “most earnest advocates of the Elmwood plan,” presented to the city plans for a park to hold the statue and naming it “Columbus Square.”

The unveiling ceremony began on November 8, 1893. A procession formed at the Elmwood Clubhouse at the corner of Burnett Street and Elmwood Ave. “under the escort of Reeves’s American Band12 and a chorus of over 300 children” from the Elmwood Grammar and Point Street School. A platoon of police from the 7th Station, belonging to a precinct from the neighborhood, also participated in the march.

During the evening, “there was a general illumination of the residences in Elmwood, and there was a [copious] display of flags, lanterns and red fire.

Recommendations:
Our primary recommendation for this statue is for the City of Providence to remove it from Columbus Square and public view in order to improve the park for Elmwood residents and
address ongoing legacies of genocide and colonialism in Providence. As our referenced case
studies show, there is significant precedent for municipalities choosing to remove honorific
Columbus statues in recognition of his role in facilitating genocide, slavery, and colonialism in
the Americas.

However, in line with statements from Karen Hlynsky, Chair of the Elmwood
Neighborhood Association, as well as other Elmwood residents, the statue should not be moved
to the Federal Hill neighborhood. As Hlynsky wrote in an email to us on December 4, 2018, “​I’m
opposed to such a move where Columbus would be heralded as a hero, with no deeper discussion
than that.”

However, removal of the statue is only the beginning of the process to assure that the
Elmwood community enjoys access to a renovated, publicly-funded park space. Decisions about
how to replace the statue and improve the park should be formulated through ongoing
community conversations with key stakeholders outlined in the previous section. One possibility
for replacement is a statue of a prominent Native American, in line with Darrell Waldron’s
comment that “I don’t believe there is one Native American statue in Rhode Island.”
If removal is not possible, we recommend that the City of Providence collaborates with
representatives from Native Nations to contextualize the statue with signage as well as provides
funds for artwork created by one or several Native artists to counter the statue’s presence the park
and open up dialogue. An example of recent art project is the ​Still Here ​mural in Providence,
created by Baltimore-based artist Gaia in collaboration with Narragansett leaders and educators
from the Tomaquag Museum.

This report has identified some initial contacts such as Karen Hlynsky, the Tomaquag
Museum, the RISD Museum, and Darrell Waldron but any final decision regarding ​Columbus
will require more in-depth conversations with community stakeholders, this could be done
through methods such as surveys or focus groups. Particular attention should be paid to the
Elmwood neighborhood as they will be most directly impacted by any decision regarding
Columbus Square. The neighborhood is home to both people of Dominican descent and Native
Nations; both communities may have strong feelings regarding Columbus and his legacy.

Past Stories on the Columbus Statue from RINewsToday: