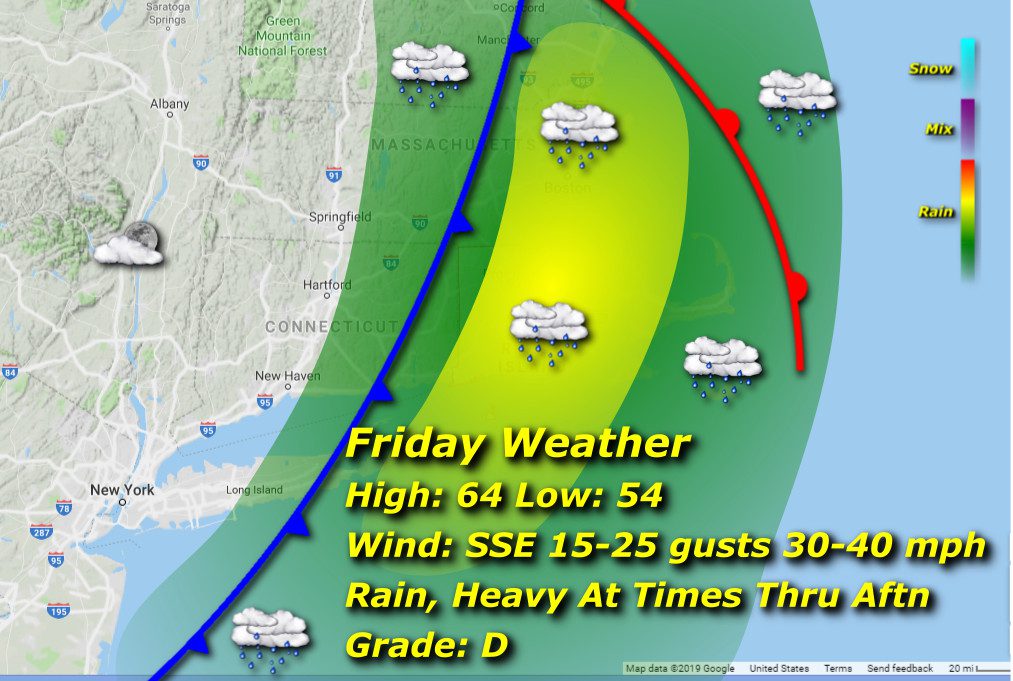 A warm front snuck in overnight and brought the first instances of light rain to the area, which should continue until the midday hours, when bouts of heavier rain will occur ahead of the approaching cold front. We’ll have high gusty winds as well from the south and southwest to drive the rain in at angles. Once the cold front passes, rain will cease, thinking around 5-6pm. Winds will then shift to westerly and then northwesterly as the evening progresses.