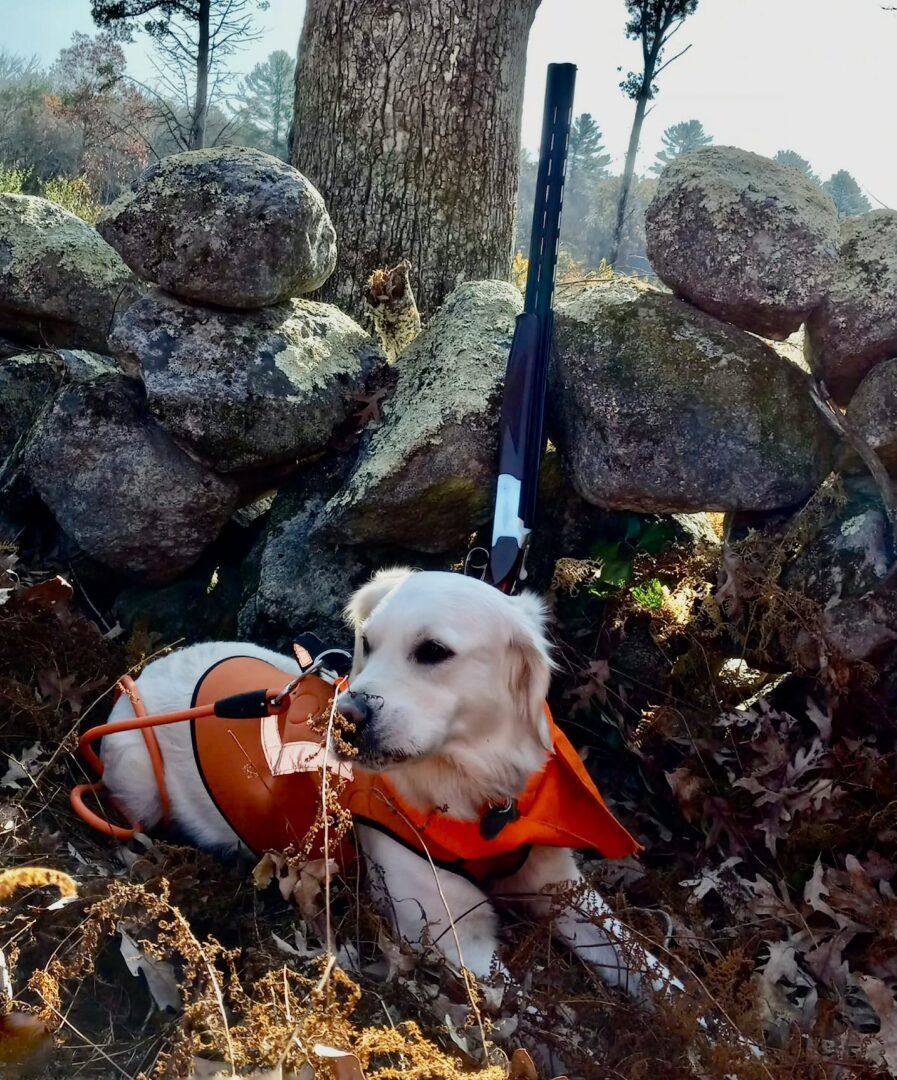 This week continues to be a hot spot for pheasants in the Great Swamp Management Area. A large number of birds are coming out of that spot. One hunter noted that while he did well with his pointer, he needed to remove thorns from himself and the pup that evening.  This writer can relate to that.  Dogs take a beating while hunting, and my Jada was no exception. The last 10 days were hunting free for her as she was on light duty. The last trip to Arcadia resulted in her injuring her paw and by the late evening she was in a heavy limp. She is fine now as she participated in Cranston’s Veterans Day  Parade today.

A nuisance more than a hazard are the burrs, seeds, and other debris than become stuck in a dog’s coat. You folks with German Short Hairs and Labradors don’t encounter this as much but Goldens, Kelseys and other long-haired dog breeds do. An hour is set aside each night for grooming the pup now after a hunt. A dog’s version of going to the spa.

These seeds and other debris can be a pain as they will fall off your hunting pants and get into the washing machine or other places they don’t belong. This writer found that if said pants are laid out on a flat hard surface the seeds and debris scrape right off with a good pocketknife. Lint brushes, duct tape and shipping tape failed in this experiment of pant cleaning. The issue with the washing machine is a clump of seeds can jam the discharge port and create a mess.

A week ago, a hunter posted on Rhode Island’s small game hunters Facebook page, “What is a good shot size for pheasants?”  Seeing that the birds are plump this year, shot no smaller than #6 1.25 oz. is recommended. If one has a rigid Pointer and the bird can walked up on, then one can stretch a #7.5 1.25 oz. This 7.5 is also good for woodcock.  #6 should be the norm with also a #5 thrown in for a long distance shot. This author, who has a Golden, mostly flushes using #6 1.5 oz. These work great for these fat Rhode Island birds and are also useful for taking out Russian/Chinese T72 & T80 Tanks.

Some friends are sending in their deer pictures and some great animals are being taken.  Maybe someone will be producing venison sausage this fall.