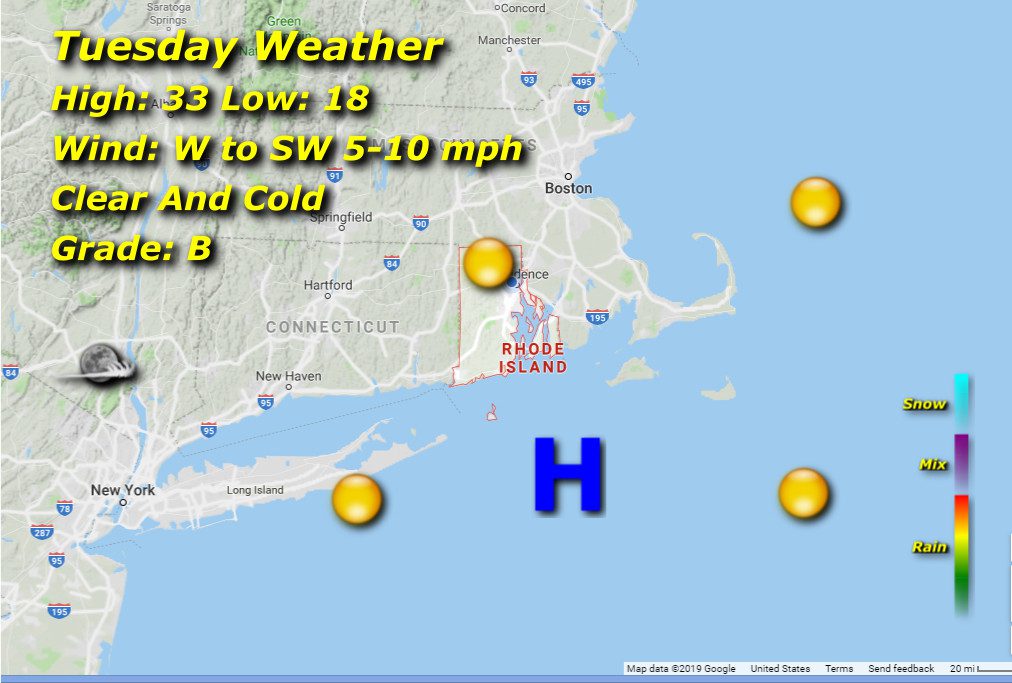 High pressure settles in and anchors cool air over New England under bright sunlight through most of the day. Some High cloud cover moves in late, but no threat of any precipitation.

A chilly start with morning lows in the upper teens rising to the low 30’s as a light breeze keeps the real feel firmly below freezing.