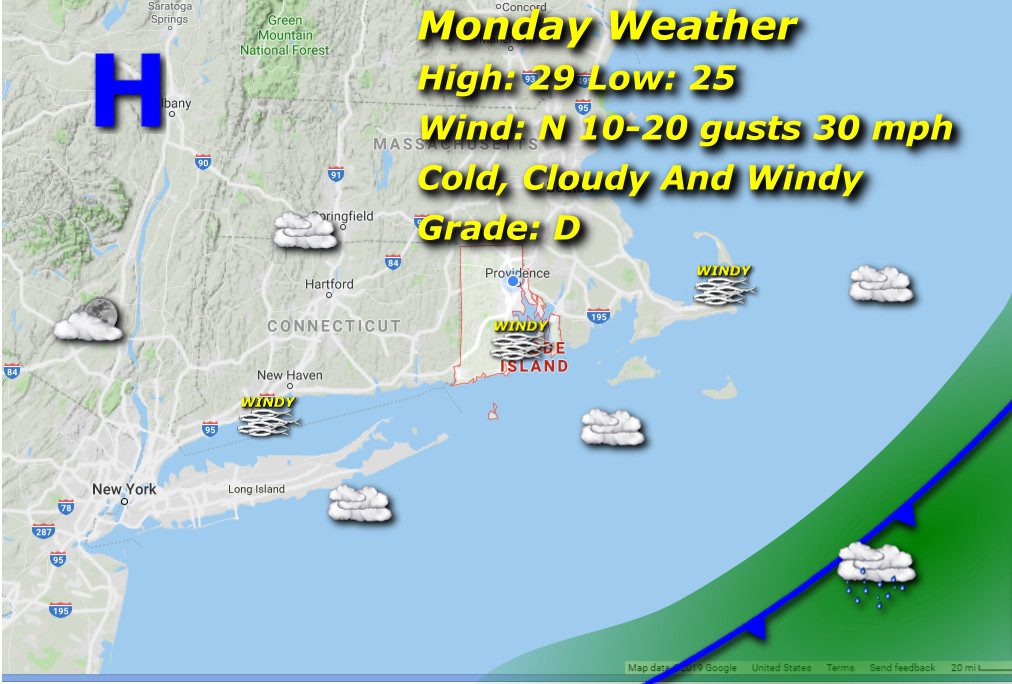 A strong push of frigid air will be driven into southern New England by continental high pressure moving in from eastern Canada. The result for us will be afternoon highs in the upper 20’s, a full 20 degrees less than yesterday. A stiff northerly wind gusting towards 30 mph forcing wind chill temps down into the teens will add to the fun.

Winds aloft will continue forcing moisture along and north of low pressure developing on the cold front that had passed overnight, so cloud cover will remain through most of the day. Evening lows will settle in the low 20’s, held up by the cloud cover.