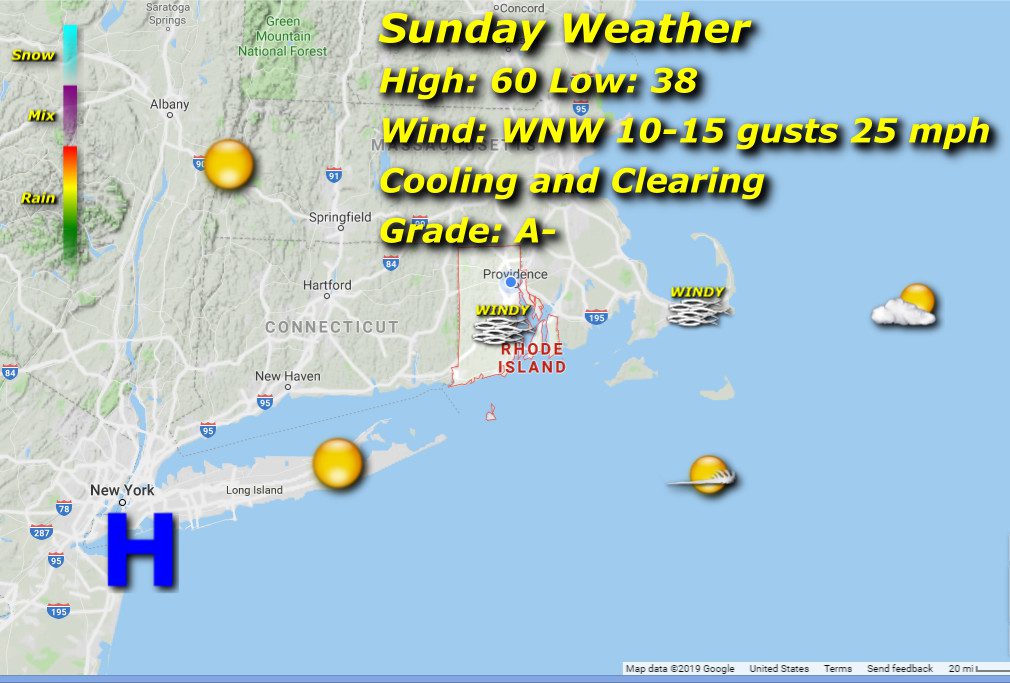 We’ll find ourselves enjoying the 24-hour high temperature at midnight, if you happen to be a night owl, as cool air rushes in behind the cold front and cancels the fun. Highs around 60 cool eventually to the upper 30’s by midnight Monday, with all kinds of clearing taking place with the dry air intrusion. Northwesterly breezes tapering to 10-15 mph with some gusts to 25 mph in the morning.