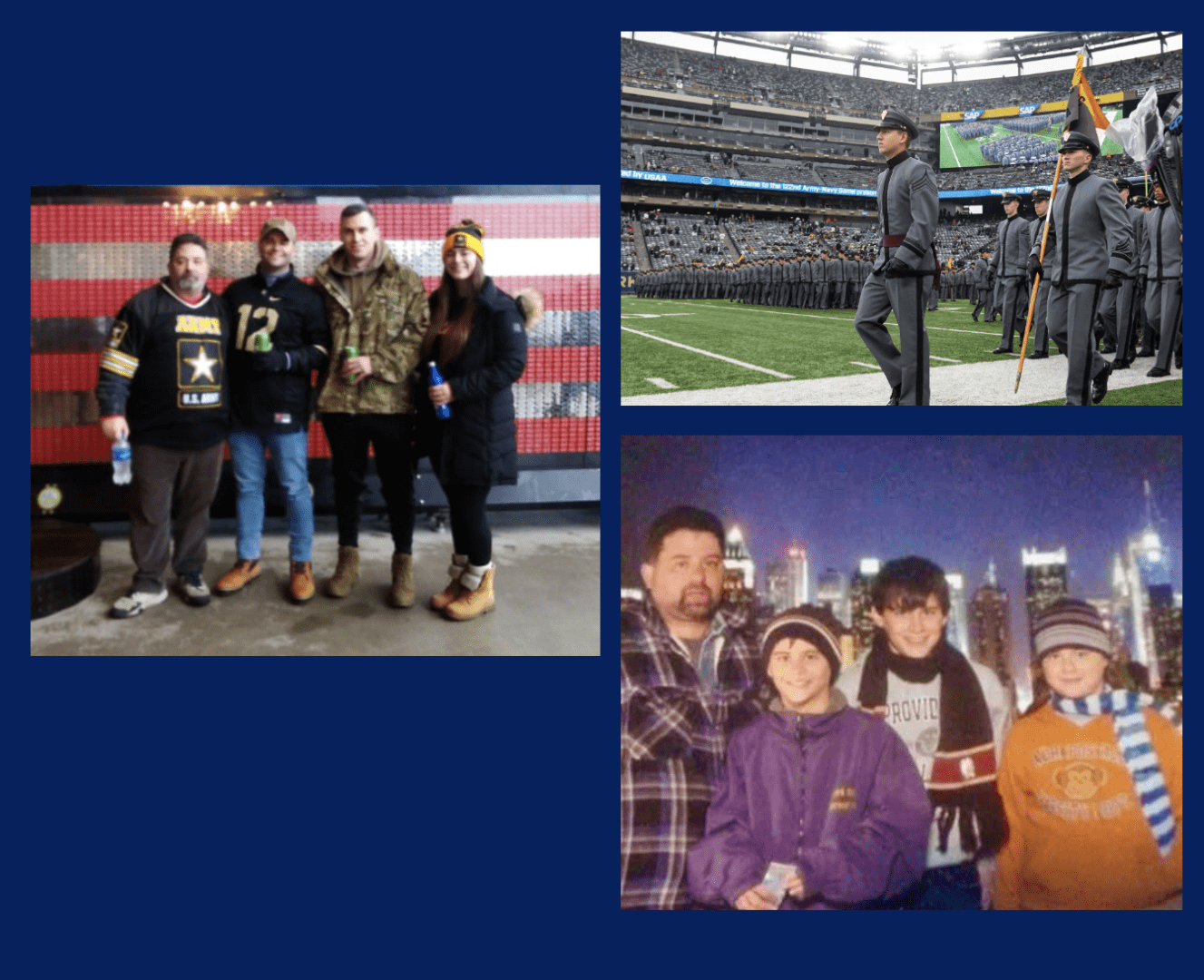 Here we were, attending the 122nd Army Navy Game. The Cianci siblings, all active duty sergeants in the Rhode Island National Guard, attended the game yesterday. Thousands of Army and Navy soldiers, family and supporters were watching this year’s game – the only game where those playing are players willing to die for those watching.

Retired Master Sergeant John Cianci: “I’ve been taking them since they were kids; it’s an annual event for the last ten years. Only last year, because of COVID, were we not in attendance due to COVID-19 restrictions,” The Cianci siblings left early yesterday morning to meet up with their brother, Carter Cianci, TSGT in the RI Army National Guard. “I drove from Fort Meade, Maryland to meet up with my brothers, sister, and uncle,” said Catrer Cianci.” I wouldn’t miss it. I think I was 8 when my uncle took me to my first Army Navy game in Philadelphia.”

No special restrictions were required at this year’s game, unlike last year when due to COVID-19 only cadets and family of cadets could attend because of COVID. “Being the 20th anniversary since 911 makes this year’s game special,” said Melissa Cianci, who is a full-time sergeant in the Rhode Island National Guard.

The crowd went crazy as the jumbotron showed President Bush on bullhorn at 911 ground zero, addressing the American people, and “United We Stand” was on back of football jerseys for that game in 2011.

This year’s game was held at MetLife stadium in New Jersey, home of the New York Jets and the New York Giants. “This is my first Army Navy game not in Philly,” said Shawn Cianci, who, like his brother, Carter and sister Melissa, are full-time sergeants in the Rhode Island National Guard.

Nieces and nephews…all children born when we were at war….and for their entire life we, as a nation, have been at war.

Postscript: Army falls short on 4th and 3 by inches in fourth quarter. Navy takes control of the ball and runs out the clock to won 17 to 13.

The Army–Navy game is one of the most traditional and enduring rivalries in college football. It has been frequently attended by sitting U.S. presidents. Since 2009, the game has been held on the second Saturday of December.

The 2022 game will be held at Lincoln Financial Field in Philadelphia.

Look for John’s column, “RI Veterans: Did you know?” – every Thursday in RINewsToday – you can find all his columns in this series here: https://rinewstoday.com/john-a-cianci/