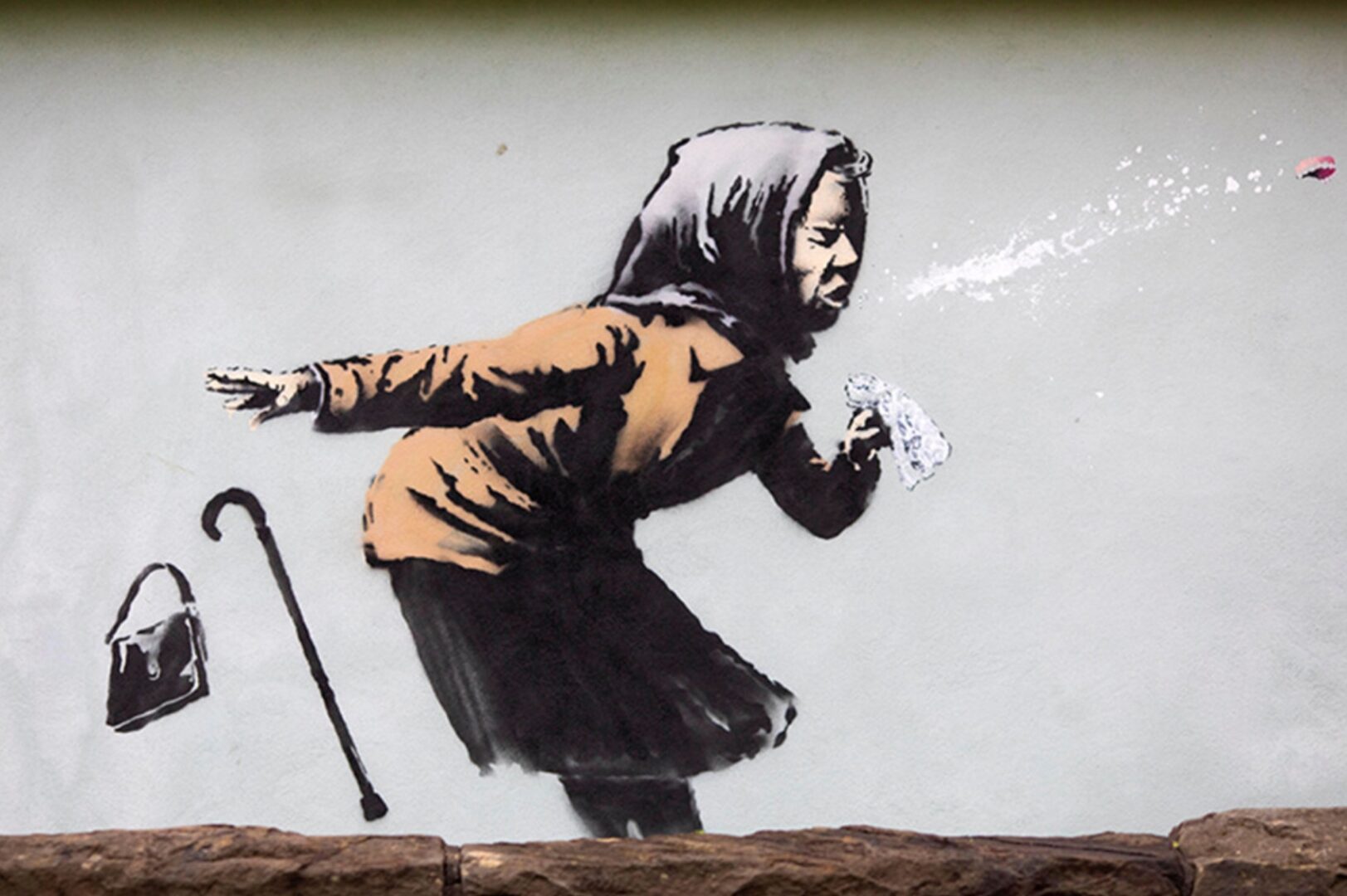 Photo: Street artist Banksy’s “Sneezing Woman” was painted in the middle of the night on a home for sale in the Bristol, England.

Lt. Gov-elect Dan McKee is in quarantine after being exposed to a person with COVID19

In LA County, more than 20% of tests are coming back positive as some CA hospitals are already overwhelmed. Those two states and Rhode Island are estimated to have more cases per capita than any other country in the world.

More than 700 inmates at the ACI have COVID19

Joe Paolino, Jr. said on his television show – “I’ll hire a nurse, give me the vaccine, I’ll do the whole building”. He believes the Mayors know how to get this vaccination done.

A group of UMass Medical students is being trained on how to administer the vaccine at a Worcester senior center as first responders can start getting their first dose Monday.

Contact tracing changes announced by RI: instead of getting a call from a Health Department employee, most people who test positive will get a text from the department and be asked to provide their contacts on a website, rather than by phone.

Reports of a highly contagious new variant in the United States, published on Friday by multiple news outlets, are based on speculative statements made by Dr. Deborah Birx and are inaccurate, according to several government officials.

A vaccine by the Chinese company, Sinovac Biotech, has an efficacy rate of 78%, called CoronaVac

Slow vaccinations, some states taking other steps: More than a dozen states looking to deploy unused coronavirus vaccines are starting to give shots to older members of the general population while others have not, meaning protection for more than 20 million Americans aching to hug their grandchildren may depend on where they live. (Reuters)

Texas, Louisiana, North Carolina, Mississippi, Colorado, West Virginia, Alabama, Alaska, Arizona, Michigan, Florida, Georgia, Oklahoma, Indiana, Wyoming and Tennessee have either begun or will allow the vulnerable older generation to get shots this week or next in some or all counties. In Texas, Florida and Georgia people over 65 are eligible for a shot, while West Virginia and Indiana are limiting the vaccine to those over 80.

Operation Warp Speed Chief Science Advisor Dr. Moncef Slaoui said the Johnson & Johnson vaccine, which requires only one dose, continues to be on track for emergency use authorization by the end of this month.

The U.S. government had allocated over 530,000 monoclonal antibodies to the healthcare system. States and territories can allocate these drugs to a variety of settings: hospitals, alternate care facilities, infusion centers, long-term care facilities, and other outpatient facilities

Florida has partnered with Publix Pharmacies to do thousands of vaccinations a day – looking for increased delivery from federal govt.

In Okinawa, Japan, with an average life expectancy for women around 90, people form a kind of social network during childhood called a moai — a group of five friends who offer social, logistic, emotional and even financial support for a lifetime. Members of each moai also appear to influence one another’s lifelong health behaviors. The key is to find like-minded people with shared values and goals. And once the groups form, the members tend to support one another in other ways. This has been helpful in preventing spread of COVID-19

Less than a third of Filipinos open to COVID-19 vaccinations.