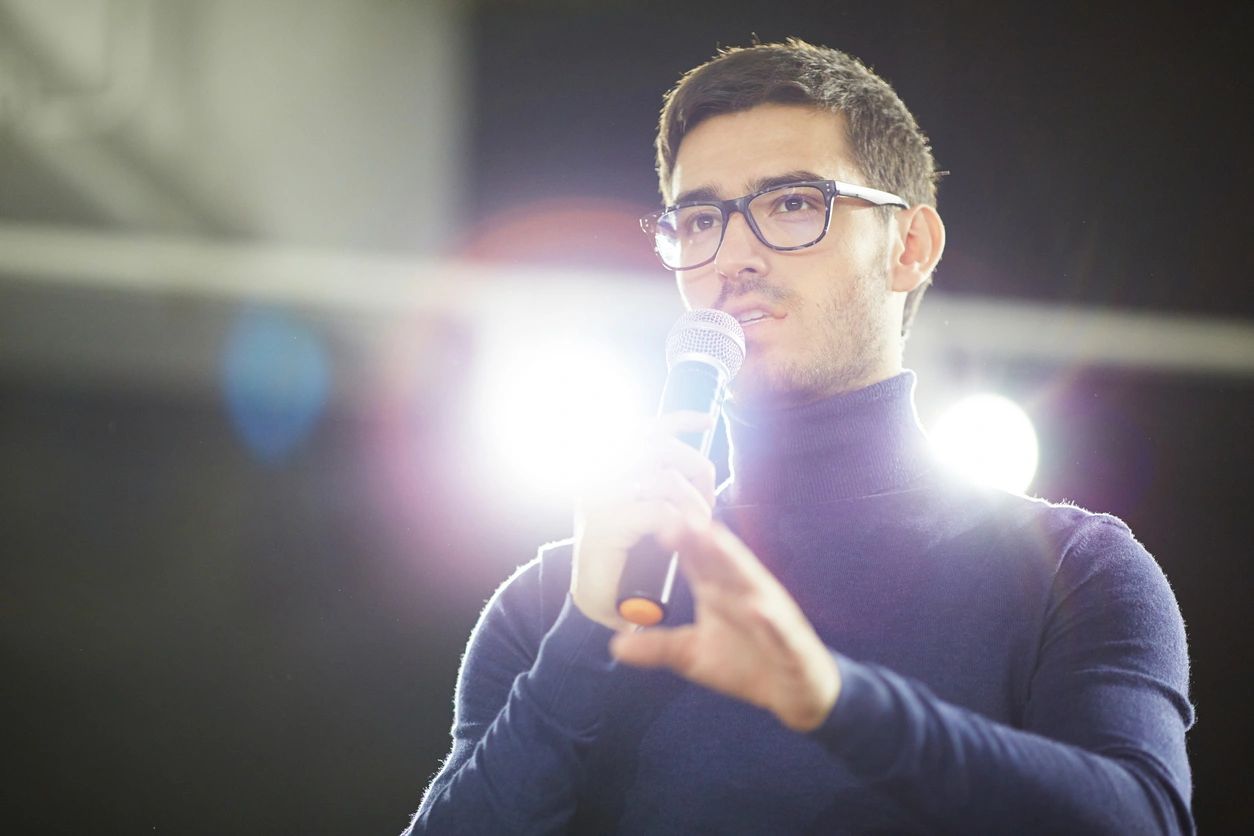 We Are the Change That We Seek – Mary T. O’Sullivan

Culture does not change because we desire to change it. Culture changes when the organization is transformed; the culture reflects the realities of people working together every day”
– Frances Hesselbein

Frances Hesselbein, former CEO of the Girl Scouts, USA, became one of the most renown leaders of recent times. She believed that above all, people craved respect. And to show proper respect, a leader had to live her/his values.

One important element Frances learned throughout her career as a leader was to ask the right questions to clarify people’s thoughts and actions to ensure they were headed in the right direction. When she assumed leadership of the Girl Scouts USA, she relied heavily on the principles of Peter Drucker, a well-known management guru, called the Five Fundamental Questions:

As a result, the Girl Scouts grew to 2.25 million people with a workforce of over 780,000. Frances accomplished this at a time when the organization struggled to attract volunteers and membership was on a steep decline.

But how do we develop leaders who understand basic skills well enough to “coach” people into making change? How do we ask the right questions?

For instance, these three “how do we” questions are often used in coaching situations: How can we move from where we are today to where we want to be? How might we use our strengths peering into in the future to create positive outcomes? How do we teach leaders to support others?

Through the years, I’ve established a coaching framework that transforms weak, ineffective leaders into change management agents. This technique is known as the Coaches framework. The framework is a coaching modality aimed at leaders facing multiple challenges, crisis management, developing soft skills, and clarify decision making, to name a few, to help them guide their organizations through the process of change – changing organizations, changing attitudes and changing themselves.

The framework is based on the work of Dr. Robert Hicks, the Director, Organizational Behavior and Executive Coaching, at the University of Texas at Dallas. Dr. Hicks is the author of Coaching as a Leadership Style (Routledge, 2014)and The Process of Highly Effective Coaching (Routledge, 2017).These two books dig deep into his Four-Square Framework philosophy, providing readers with a roadmap to the right questions to both support and challenge thoughts and actions. In fact, many of these powerful questions are commonly used in after action reviews. In the ones I’ve led, common questions are:

3. What are we not doing now that that we need to start doing?

Dr. Hicks mentions similar questions in his first book, Coaching as a Leadership Style. He calls them the “Three Magic Questions” because when people are asked these questions, they think of the many facets of solutions that can be tried or in undertaken order to make the change they want happen. The questions are a path forward, with all eyes on the future, not the past. And this approach is the critical difference between psychotherapy and professional coaching; while therapy focuses on the client’s past, coaching is future focused, like the difference between studying history and planning for space travel.

Dr. Hicks’ Four-Square Framework, which incorporates the work of many well-known psychologists and leadership theorists, in addition to Dr. Hicks’ approach, promotes methods of self-inquiry, self-actualization and self-awareness. These concepts are easily adapted by today’s leadership development experts. Using simple, but powerful questions, changing organizational culture becomes less of a struggle and more of an organizational revolution; a leader transforms his/her behaving from acting like an oligarch to modeling an organization’s values; an individual gains the confidence and clarity needed to change careers or seek that ever-elusive promotion.

The idea is to develop people’s confidence in the leader and get them to take action in the direction you need the organization to go. For instance, public health. If leaders are modeling behavior, they wish people to follow, it brings more confidence to the change that is needed. If we want people to stop smoking, role models such as athletes, TV personalities and other celebrities are shown not smoking. In fact, for many years, cigarette smoking was not shown on TV or in the movies. By banning smoking from being portrayed as acceptable behavior on TV and in the movies, the entertainment industry demonstrated their commitment to public health and alignment with science. The moguls understood their millions of audience members were the prime targets that health officials needed to reach. Using on-screen stars from every demographic, the industry helped alter smoking behavior among great masses of people, by the millions. Cigarette advertising was and still is banned from TV commercials.

Seat belts are another good example. If we want people to wear seat belts, we gain credibility by role models who take the reins and exhibit the desired behavior. Wearing seat belts is another area where the entertainment industry has supported public health and safety. Even the bad guys are buckling up on TV and in the movies. Additionally, if we want kids to use seatbelts, parents, babysitters, Grandma and Grandpa need to buckle up as well.

Both of these instances clearly demonstrate how by building confidence among the public, radical change is possible.

Support and Challenge. These address the two ways people are most likely to embrace change: Thought and Action. Leaders support, in many ways, the action they want others to take: effective communication, modeling, reinforcement and reward. For instance – you’ll get ticketed driving without a seat belt and will be banned from public places with a lit tobacco product. Leaders drive the change by helping people figure out the change being promoted is good and is necessary.

The tricky part is the challenge. For people to be challenged, their basic mindset must be put in question.

In the 2020 pandemic crisis, mixed messages coming from the very top leaders seem counterproductive. If we want to slow down a virus, a behavioral change (such as wearing a mask) is needed, but some leaders appear in public without a mask. We wonder how it’s possible to change that erroneous mindset.

We might ask ourselves, “Where is the support for the idea or thought of making this needed change?”

What we are left with is a very confused public, some making the changes, some not. Those people that feel supported by their state and local leaders will change their behavior and wear a mask.

But how do we deal with the challenge? What of those who defy the advice to take recommended safety precautions?  What happens when we challenge the mindset of their right to emulate those in charge and not take the advice of medical and scientific experts?

Maybe these folks need a bigger incentive or reinforcement. Like cigarette smoking and seat belt wearing, there are consequences for not wearing a mask during a pandemic – people will get sick and die. Somehow that message failed to resonate with a large part of the population during the 2020 pandemic. The reason is there has been no challenge for thought. The mindset has not been questioned. And the idea or thought of the need for masks was not supported in the usual ways.

What we saw, instead, was the people in charge not effectively promulgating widespread positive communication, modeling, reinforcement, and reward. Questions need to be asked in order for the public’s behavior to change, from dangerous to safe. Journalists, concerned citizens, and influential legislators all have a responsibility to question unsafe behavior, regardless of the source, when it affects the public good, safety and health.

Without this framework of inquiry, change in the public’s mindset and behavior is unlikely. Leaders in organizations dealing with similar issues around change and management deal with the same problems. The status quo is no longer working. We can’t be comfortable doing things the same way we’ve done them for years. Change happens whether we want it or not.

Think of the invention of the automobile. The transition from the horse and carriage impacted entire industries, including horse breeders, blacksmiths, and buggy whip makers. Now, buggy whips are not mass produced because there is not a high demand for them, and only “the horsey set” need blacksmiths, horse breeders and crops. Think of what stalls organizational change – inertia. If a change is introduced, like a “learning culture,” and no infrastructure is provided, how does the “learning culture” materialize? How do employees embrace learning without access to courses, mentors, tuition reimbursement, and in-house training?

People don’t like change, especially if they can’t see any sense to it. It’s incumbent upon our leaders to explain why we need to change and how we all benefit.

So, governors, mayors, principals, and other leaders, roll up your sleeves, get vaccinated and show that you support the public good. We can only hope everyone else will follow you.