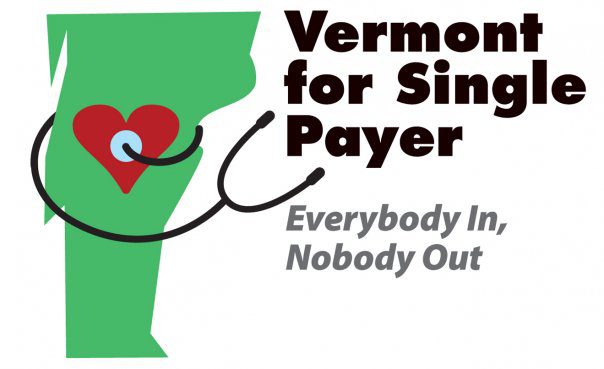 Vermont’s failed Medicare for All effort

An “an essential worker” in Rhode Island, recently interviewed by ConvergenceRI, asked that her interview not be run because of anxiety that even though it was going to run with the “essential worker” as an anonymous source, that she might lose her health insurance if anyone found out. It was too much of a “risk.”

Translated, what keeps many people “handcuffed” to their jobs is the risk of losing health insurance, particularly in a time of crisis.

If anything has been revealed by the coronavirus pandemic in the U.S., as the number of cases and the number of deaths keep soaring, it is that the status quo of the current health care delivery system is unsustainable – the costs are too high and the outcomes are too low.

In the midst of the 2020 Presidential election, polling of likely voters, if the question is posed accurately, will reveal that “health care” is the number-one issue, particularly for women voters. The “essential worker” told ConvergenceRI that she was motivated to vote in this year’s election, precisely because of health care.

The problem, it seems, is our inability to have a conversation around health care and really talk about what health is, beyond political posturing.

In the latest issue of the New England Journal of Medicine’s Catalyst: Innovations in Care Delivery, unfortunately behind a pay wall, is a story entitled “Medicare for All, With Eyes Wide Open,” by Anya Rader Wallack, Ph.D., Associate Director of the Center for Evidence Synthesis in Health, and Professor of the Practice of Health Services, Policy and Practice at the School of Public Health at Brown University.

Rader Wallack had served as the former Special Assistant to former Vermont Gov. Peter Shumlin, during the state’s attempt to launch a single-payer health plan.

In the NEJM piece, Rader Wallack puts forth the argument that Vermont’s “failed” experiment with a tax-funded universal health care plan, while fairly classified as a failure, nonetheless suggests a pathway forward with a Medicare for More approach.

In the summary teaser for the story, the publication wrote: “Vermont’s attempt to implement a tax-funded single-payer health care plan failed for a variety of reasons. A state-based system faces significant hurdles that are not present at the national level. Still, the Medicare for All system touted by presidential candidates would likely prove to be tremendously disruptive to health care providers and other stakeholders – financially and operationally – and, therefore, virtually impossible politically. Lessons from Vermont’s experience, however, do suggest a pathway forward with a Medicare for More approach, whether through a public option for all who want it or a more structured expansion of the program by lowering the age of eligibility.”

In search of convergence
The question is, moving forward in Rhode Island: How do we have a realistic conversation around the future of health care that is inclusive? How would such a conversation be different than, say, a meeting of stakeholders convened by the Rhode Island Foundation to discuss long-term plans for the state? Or, different, say, than a “health summit” convened by the Providence Business News as a money-making “native advertising” event? Or, different from an event sponsored by Gov. Gina Raimondo where she gets to put her thumb on the scale to talk about the “success” of her own “failed” solutions, such as the Reinvention of Medicaid and UHIP?

And, how it would be different than a legislative commission to study problems with insurance rate reimbursements in Rhode Island?

The collision of the coronavirus pandemic with the absence of public health infrastructure investments in Rhode Island as a determinant of economic sustainability may provide an opportunity.

ConverenceRI is willing to serve as a sponsor for such a discussion, as it has done in the past, as a way to begin the engaged conversation that needs to take place. Who is in?