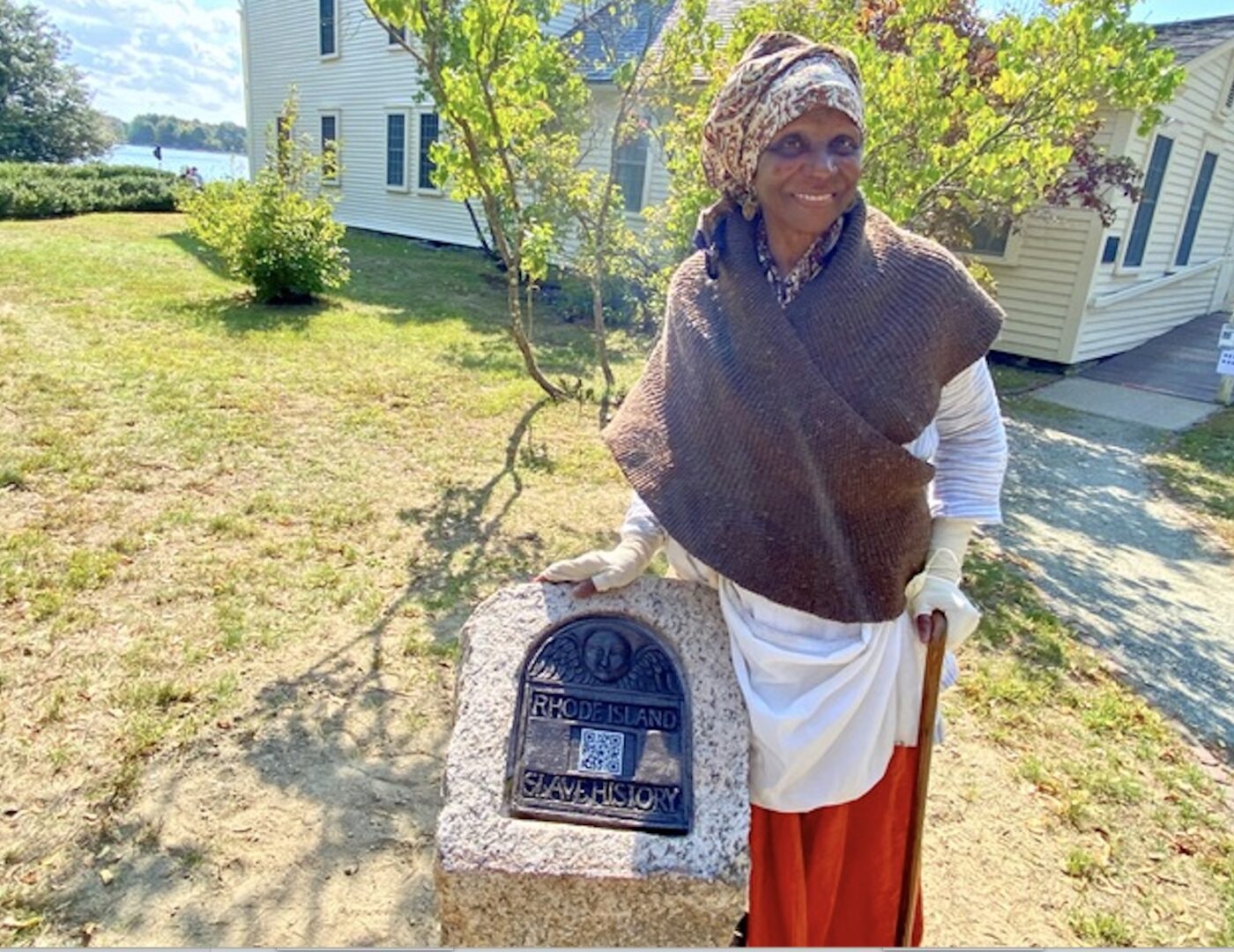 The Smith’s Castle Installation Ceremony acknowledged the enslaved laborers who lived, worked and died on the property over the course of 150 years. Roger Williams built a trading post on this site in 1637 to trade with the Narragansetts after receiving the land from the tribe. Slaves were then brought to the Castle from the Caribbean by Richard Smith Jr. in the 1650’s and continued to be accrued during the plantation era, serving the Updike family until their relinquishment of the property in 1812. A large slave burial ground was found on this property. It held up to 200 graves by the close of the 18th century.

The Rhode Island Slave History Medallions (RISHM.org) is a non- profit organization dedicated to providing historically accurate stories and information about the economic development of the State of Rhode Island during the colonial period from 1638 to 1843 through the use of free labor provided by enslaved African and Native American people.

The Medallion plaque is an artist representation of the “Soul Effigy” angel image produced by the original enslaved stone carver Pompe Stevens who, in 1768, carved and signed one of the first pieces of African American artwork still existing in North America. When you scan the code on the medallion with your phone, historical information about that location comes up on your phone.

The event organizers followed all the COVID-19 protocols set by the state of Rhode Island for outdoor events, and volunteers took attendees digital temperature, and gathered names, phone numbers and email addresses as a precaution for contact tracing.

Over the next five years, we plan to place at least one medallion in each of the 25 Rhode Island cities and towns historically associated with the enslavement of people of color.