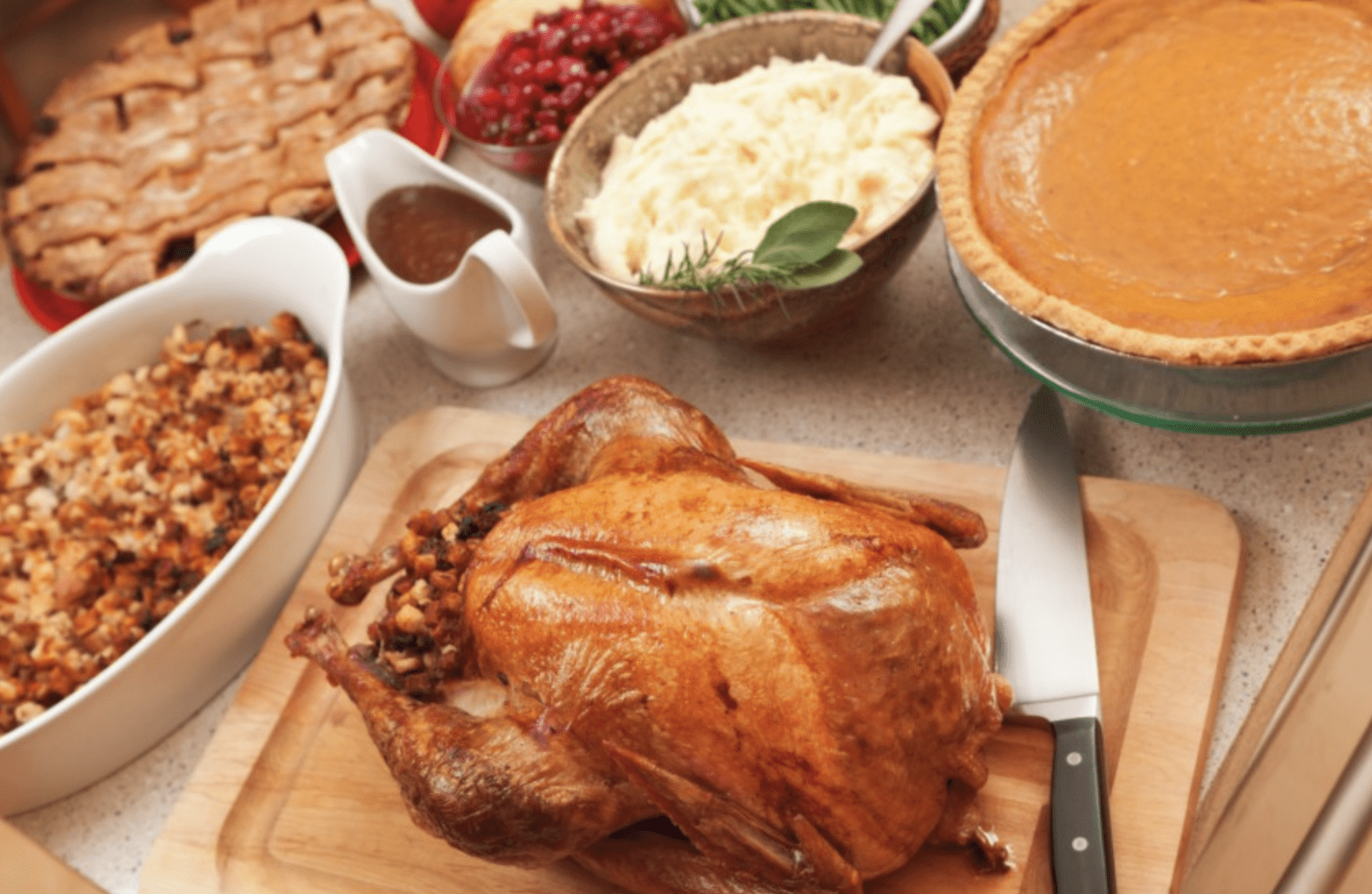 Enjoying Thanksgiving dinner with family and friends is a priority for many Americans, but paying attention to how the meal will impact the budget is also important. Farm Bureau’s 36th annual survey indicates the average cost of this year’s classic Thanksgiving feast for 10 is $53.31 or less than $6.00 per person. This is a $6.41 or 14% increase from last year’s average of $46.90.

The centerpiece on most Thanksgiving tables – the turkey – costs more than last year, at $23.99 for a 16-pound bird. That’s roughly $1.50 per pound, up 24% from last year, but there are several mitigating factors.

Farm Bureau “volunteer shoppers” checked prices Oct. 26 to Nov. 8, about two weeks before most grocery store chains began featuring whole frozen turkeys at sharply lower prices. Although the survey timeline is consistent with past AFBF Thanksgiving surveys, 2021 brought some unique differences. According to USDA Agricultural Marketing Service data, grocery stores began advertising lower feature prices later than usual this year. Also, the average per-pound feature price for whole frozen turkeys was $1.07 the week of Nov. 5-11 and 88 cents the week of Nov. 12-18, a decline of 18% in just one week. This means consumers who have not yet purchased a turkey should be able to find one at a lower cost than the Farm Bureau average.

“Several factors contributed to the increase in average cost of this year’s Thanksgiving dinner,” said AFBF Senior Economist Veronica Nigh. “These include dramatic disruptions to the U.S. economy and supply chains over the last 20 months; inflationary pressure throughout the economy; difficulty in predicting demand during the COVID-19 pandemic and high global demand for food, particularly meat,” she explained. Further, “The trend of consumers cooking and eating at home more often due to the pandemic led to increased supermarket demand and higher retail food prices in 2020 and 2021, compared to pre-pandemic prices in 2019.”

The shopping list for Farm Bureau’s informal survey includes turkey, stuffing, sweet potatoes, rolls with butter, peas, cranberries, a veggie tray, pumpkin pie with whipped cream, and coffee and milk, all in quantities sufficient to serve a family of 10 with plenty for leftovers.

“Taking turkey out of the basket of foods reveals a 6.6% price increase compared to last year, which tracks closely with the Consumer Price Index for food and general inflation across the economy,” said Nigh.

In recognition of changes in Thanksgiving dinner traditions, the Farm Bureau price survey also includes ham, Russet potatoes and frozen green beans, in an expanded holiday menu. Adding these foods to the classic Thanksgiving menu increased the overall cost by $15.41, to $68.72. This updated basket of foods also increased in price (up 14%) compared to 2020.

The New York numbers revealed small price increases in several categories including for whipping cream, Libby’s Pumpkin Pie Mix, fresh cranberries, and a veggie tray. The most noticeable decrease is for sweet potatoes. This year’s survey also includes a similar increase for an expanded menu that includes a four-pound ham, five-pound bag of russet potatoes and a package of frozen green beans. When those prices are included, the total meal price jumps to $67.31 or 52 cents over last year’s number. New York shoppers found bargains on hams compared to the national numbers, with a four-pound ham about a dollar less than the national survey price of $10.87. (New York Farm Bureau)

The AFBF Thanksgiving dinner survey was first conducted in 1986. The informal survey provides a record of comparative holiday meal costs over the years. Farm Bureau’s classic survey menu has remained unchanged since 1986 to allow for consistent price comparisons.

The best advice for shoppers:

Compare prices to save money

Use coupons, but make sure the total price saves you money and is not more than a brand without coupons.

Cut down on expensive extras – do you really need 3 or 4 pies? Can you do with 2?

Cook from scratch, it’s usually cheaper – but look at retail and restaurant deals, especially the day before Thanksgiving, for deals.

Take a look at the prepared foods section – sometimes items will be on sale and will be cheaper than if you prepared them yourself – look at potato dishes or special sides you can add to upscale your platters.

Don’t be afraid to shake up annual traditions – and try something new, and less expensive.

Don’t forget to use those leftovers – the cost of Thanksgiving might be more this year, but if you can get a few other meals out of it, then it’s economical, too.

Note: 87% of Gen Z shoppers in a McKinsey survey derived shopping inspiration from social media, with YouTube, Facebook, and Instagram – so watch out for those product-inspired recipes – they may be strategically designed to lure you into buying an $8 extract, of which you need 1/8 teaspoon. Remember those old family recipes? They were simple. And of course that age-old advice – the best recipes have 3 additional ingredients.