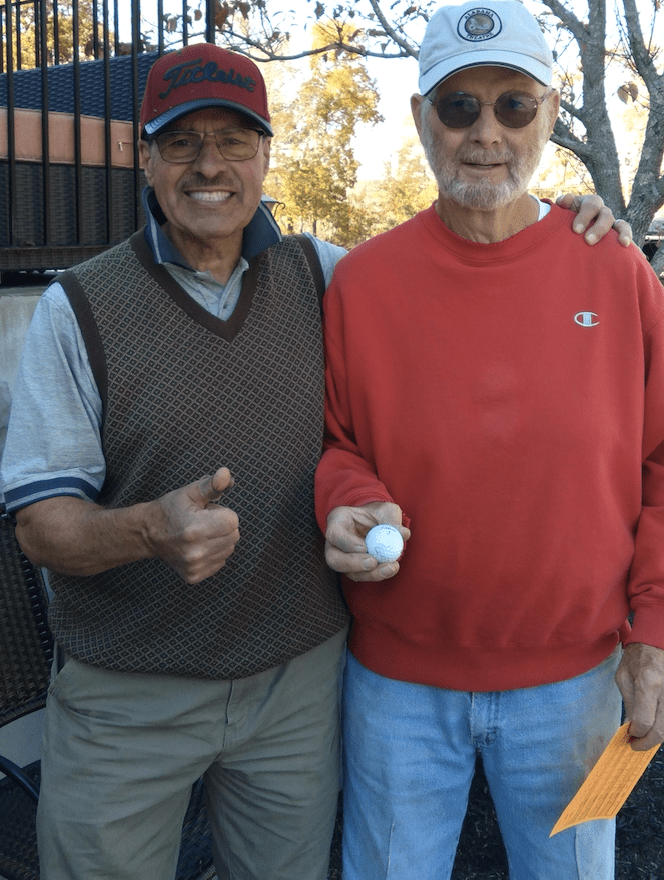 Paul Counts, from Coventry, Rhode Island plays a round of golf with the same group of guys every week. In some cases, he plays a few rounds with them. Counts, who is retired from working many years for UPS, was also a retired veteran from the United States Airforce. He’s an East Greenwich Golf Course member and has been a member for many years.

At 78 years old, Counts plays in the Tuesday morning Senior League that tees off at 10:00 am. He and eleven of his fellow players go through their regular routine; they arrived at the course and selected the three foursomes to head out and play and have their usual morning of fun and competition. The day was picture perfect for a mid-autumn round of golf – the temperature was in the upper 60’s and projected to top off in the low to mid 70’s.

Playing in the same group as his longtime friend, Pat DiPadua, nothing seemed special or out of the ordinary as they navigated the course. Arriving at the final hole, it was a 125-yard par 3, which is on a side of a sloping hill with two sand traps along the left side. If you go above the hole, the easiest putt can roll past the hole and settle in the fairway rough. If you go below the hole, gravity can be very cruel! Using a 7 iron and hitting his favorite ball, a Titleist.

An ordinary round of golf turned into a round that he and his friends will never forget as his ball landed on the left side of the green, slightly above the hole and landed softly into the bottom of the cup for a hole-in-one!

Ironically, when Counts hit his first hole-in-one many years ago, playing in his group was none other than Pat DiPadua! It goes without saying that Counts will try to make sure that DiPadua will be in his group as much as possible. DiPadua and longtime friend Bob Fuoroli often get together all year long to play a quick nine, “as long as the golf course is open and allows us to play, we are out there!” said Fuoroli. “When it’s a little colder, we just add an extra layer.” Fuoroli added.

Another thing that these men all have in common is that they spend a lot of their free time volunteering to help the less fortunate, and Counts is often found at the local Elks Club helping out and getting involved in the community.

Congrats, Paul – as we head into the non-golfing months, it’s good to hear of such success.