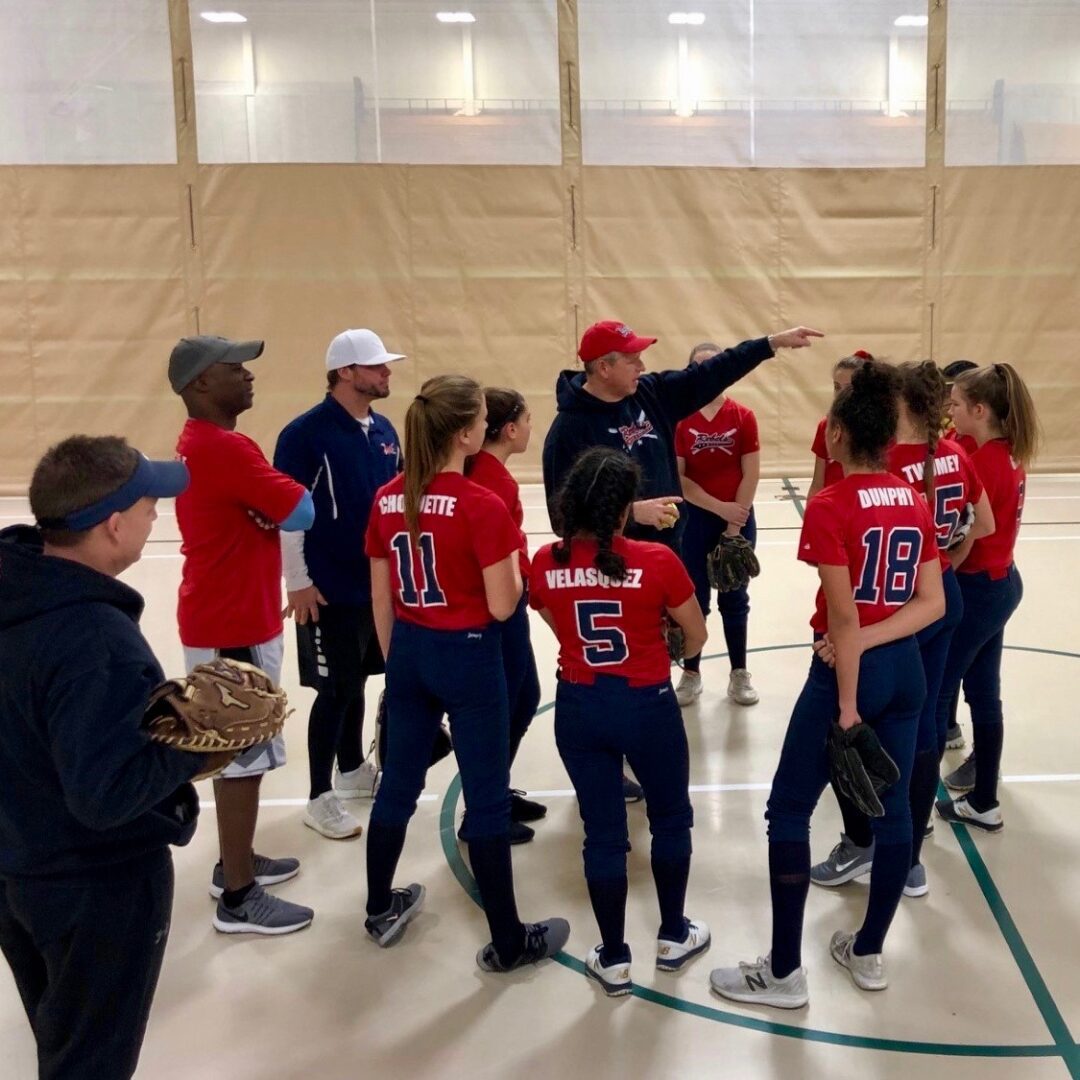 (High school and other sports continue to be popular with RINewsToday readers – here is the story you liked the most this week – all about The Rhode Island Rebels.)

It began in March of 2013 when Joe Impagliazzo, Mark Trosin and Don Koerner wanted to offer girls who were serious about their softball careers as they went from the youth programs into the middle/high school level onto a career in the college ranks and perhaps beyond. It was their feeling that the programs and teams of that time just weren’t providing the players with the tools needed to play at the top level that would enable the girls to reach their goals.

At the time the three men were involved with the New England Phoenix which headed by Mike Holt. Each had a vested interest in the Phoenix team because their daughters were all playing in that organization. However, they felt that the organization just wasn’t providing enough to give the players that edge to compete on the next level. So, after several discussions and brainstorming sessions the three came up with an idea. To provide young women between the ages of 16 to 18 focused, drills intense practices and fundamental education on the game of fast pitch softball. But the concept was to not only get the players on a higher level of competition by participating in showcase tournament events that are held throughout the New England area but also teach by repetition. This meant that the “off season” was pretty much nonexistent. The idea was that competitive softball was about to become a 12 month a year commitment for those who wanted to play at the highest level the sport had to offer.

It is common knowledge that the “hot-bed” of competitive fast pitch women’s softball is played in the warmer climates in the United States, all along the south and the southwest. UCLA, Arizona, Arizona State, Ole Miss and Texas, Texas Tech, Florida and Florida State have been to women’s softball is what UCONN, Vanderbilt and Tennessee have been to women’s basketball, but the real difference is that women’s softball is a regional sport where the warm climate teams have a big advantage and the northern teams struggle to run with the pack when it comes high level softball. Teams playing in cooler to cold climates began to come up with creative ways to try to level the playing field. Some areas were constructing huge indoor facilities where teams of all sports could play year-round, or smaller focused facilities could keep teams in softball shape by micromanaging different aspects to the game at different facilities, for example, indoor hitting cages began to pop up everywhere. This enabled the player to work on technique on the off season, or some facilities were large enough to work on infielders positioning as drills were modified and compacted to suit the space available to conduct those drills. The bottom line was if you wanted to go and play college softball at the highest level and even get onto a National or an Olympic team, the northern part of the country wasn’t going to get you there.

Young girls and women living in the cold areas of the country were at a disadvantage to those players in the warmer areas organizations began to pop up all over the nation after the success that the Olympic women’s softball team was having in its dominance on the world stage. What was once a dream for young girls and women was an obtainable goal, but the question was how? Organizations were created such as the Rhode Island Rebels, one team was created in 2013, that was for girls playing at the high school level which was for those players seriously considering playing softball in college. The Rebel team played in 6 to 8 weekend “Showcase Tournaments” in the summer and 4 events held in the fall that were attended by college scouts.

“We had the first team in place,” said Coach and Founder Don Koerner, “the second year the organization added a 14 and under team to act as a feeder program to the high school level team in the 2014-15 season. The organization just exploded with girls wanting to come and play for the us.” In 2016 a 12 and under team was launched and in 2017 the Rebels added a 14 and under team as well as a 16 and under team. “This enabled us to offer a complete softball experience to those players who were really committed to advancing from their basic youth programs into the college level,” Koerner said. “We have had several girls go on to play for some Division One colleges, but the bulk of our players end up playing for D2 and D3 level colleges. We feel if a player graduates from our program and continues to play softball at any collegiate level, both the player and our contribution was a success.”

As is the case for many of these travel softball organizations, there is minimal off-season down time. The Rebels usually take a few weeks off after the last showcase tournament in the fall, for the girls to recharge and get away from the game a bit, so no to get burnt out. The Rebels resume in December when they get up on Sunday mornings to begin fundamental and technique training. “We start at 8:00 am in the winter for a few reasons.” Koerner said,” to see the commitment level of the girls and because no one in their right mind wants to wake up that early on a Sunday morning through the cold and whatever elements that are happening outside to work on their softball game.” He adds “plus, it seems to be the most available time, because nobody in their right mind wants to do what we do at that hour on a Sunday morning!’

The Rebels must be doing something right, because the attendance on a given Sunday is almost at 100%, last season there were over 60 players in attendance working out. This season the overall numbers are a bit lower, but that is because as an organization they came to the decision that the focus on certain age levels were counter-productive and overlapping teams was redundant. The Rebels in 2020 have put in place two 14 and under teams as well as 2, 18 and under teams. It is believed by going in this direction, it allows the girls better exposure to the scouts and colleges who are not only searching for talent but for those players committed to the sport of softball.

There is one thing for certain and that is that no matter what part of the year it is the Rhode Island Rebels are gearing up, prepping up and revving up to take on all comers!