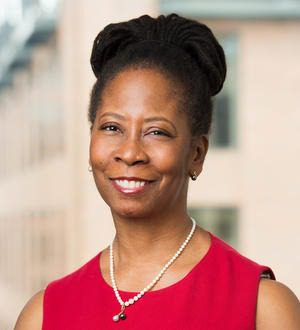 “There’s a New Sheriff in Town” at SSA – Herb Weiss

“There’s a New Sheriff in Town” at SSA

President Joe Biden has asked two political holdovers from the President Trump’s administration, Social Security Commissioner Andrew Saul and his deputy, David Black, who had previously served as the agency’s top lawyer, to resign. Saul ultimately was fired after refusing to resign Friday, July 9, while Black resigned upon the president’s request that day.

The White House affirmed its authority to “remove the SSA Commissioner at will” by citing a Supreme Court ruling and a legal opinion from the Justice Department. Previously, under statute, the president could only remove the SSA commissioner for “neglect of duty” or “malfeasance in office.”

Saul’s term as Social Security Administrator ended in 2025 and according to The Washington Post, he states he plans to dispute the White House firing and continue to work remotely at his New York City home.

“I consider myself the term-protected commissioner of Social Security,” Saul told The Washington Post, calling the attempt to unseat him a “Friday Night Massacre.”

Members of the Special Committee on Aging find the politically motivated action especially worrisome as it will have drastic effects on SSA services that help millions of older Americans with basic expenses like housing, food and medicine.

The letter explains “Commissioner Saul was confirmed by the Senate in an overwhelmingly bipartisan vote in 2019… led the agency through one of the most trying periods in its history during the COVID-19 pandemic… was confirmed by the Senate to serve a full six-year term that expires in 2025 and he should have remained in his position unless removed for cause, as written in federal law.”

The committee requested the Biden administration explain what authority an acting commissioner—not confirmed by the Senate—would possess to carry out the statutorily obligated duties of the SSA commissioner.

On the Other Side of the Aisle…

“From the beginning of their tenure at the Social Security Administration Andrew Saul and David Black were anti-beneficiary and anti-employee. The Biden Administration made the right move to fire both Saul and Black after they refused to resign, says chairperson John B. Larson (D-CT), of the House Ways and Means Social Security Committee, who had called for Saul and Black’s removal in March 2021. “As [Supreme Court] Justice Alito recently stated, the president needs someone running the agency who will follow their policy agenda,” he says.

According to Larson, since June 17, 2019, Saul’s control over SSA policies have “disproportionately harmed vulnerable Americans like low-income seniors and persons with disabilities, immigrants and people of color.

During Saul’s tenure, Larson noted that the SSA implemented a new rule that denied disability benefits for older, severely disabled workers who are unable to communicate in English, resulting in approximately 100,000 people being denied more than $5 billion in benefits from 2020 to 2029. However, there has been considerable discussion of the misinterpretation of the intent of this change.

SSA also finalized a new regulation that dramatically reduced due process protections for Social Security appeals hearings, by allowing the SSA to use agency attorneys instead of independent judges for the hearings, says Larson.

Larson also expressed concern about SSA proposing to change the disability review process to cut off benefits for some eligible people and proposing to make it significantly harder for older, severely disabled workers to be found eligible for disability benefits.

According to Larson, Saul also advanced the Trump Administration’s anti-immigrant policies by resuming “no-match letters” to employers with even minor discrepancies between their wage reports and their employees’ Social Security records. These letters effectively serve to harass immigrants and their employers, often leading to U.S. citizens and work-authorized immigrants being fired, he said.

Finally, Larson charged that Saul embraced the Trump Administration’s anti-federal employee policies, including forcing harsh union contracts that strip employees of rights and ending telework for thousands of employees just months before the COVID-19 pandemic started – a particularly ill-fated decision given the critical role telework has played in SSA’s ability to continue serving the public during the pandemic.

Thumbs Up from Aging Advocacy Groups

“The Social Security Commissioner should reflect the values and priorities of President Biden, which include improving benefits, extending solvency, improving customer services, reopening field offices, and treating SSA employees and their unions fairly. That was not the case with former Commissioner Saul, and we look forward to President Biden nominating someone who meets that standard,” says Max Richtman, President and CEO, National Committee to Preserve Social Security and Medicare.

Kilolo Kijakazi has a Ph.D. in public policy from George Washington University, an MSW from Howard University, and a BA from SUNY Binghamton University. Kijakazi’s Urban Institute bio notes that she served as an Institute Fellow at the Urban Institute, where she “worked with staff across the organization to develop collaborative partnerships with those most affected by economic and social issues, to expand and strengthen Urban’s agenda of rigorous research, to effectively communicate findings to diverse audiences and to recruit and retain a diverse research staff at all levels” while conducting research on economic security, structural racism, and the racial wealth gap.

According to Wikipedia, before entering the Biden administration, Kijakazi was a board member of the Winthrop Rockefeller Foundation, the National Academy of Social Insurance and its Study Panel on Economic Security, the Policy Academies and Liberation in a Generation, as well as a member of the DC Equitable Recovery Advisory Group, adviser to Closing the Women’s Wealth Gap, co-chair of the National Advisory Council on Eliminating the Black-White Wealth Gap at the Center for American Progress, and member of the Commission on Retirement Security and Personal Savings at the Bipartisan Policy Center.

“Kilolo has an amazing ability to find and build connections among individuals and institutions that should be working together on critical public policy issues and policy discussions are much better for that inclusionary approach,” says Margaret Simms, an Institute Fellow in the Center on Labor, Human Services, and Population at the Urban Institute.