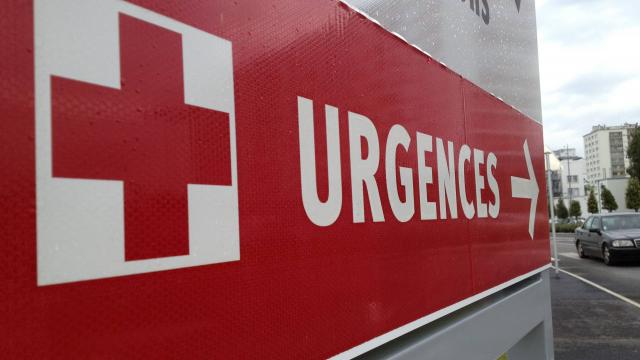 Sense of urgency in vaccinations pushing change – not yet in RI

Fluid and flexible – ready to pivot… Those words don’t usually describe programs of the federal government – but if we are going to get to where we need to be to save lives – we need to find a way to get there.

It might have been the photos of seniors in Florida, waiting in long lines for their COVID19 vaccinations. Some getting into line with their spouses or friends at 3am, folding chairs, pillows and blankets. Media interviews found few willing to complain; most willing to say if this is what they have to do to “live”, they were fine with it.

Or it could have been the reports from Europe of vaccines being delivered at a speed we seem so incapable of doing in the US.

Maybe it was Israel – rushing to use all the vaccines they have to deliver their first shots. And announcing their goal was to create herd immunity – and to vaccinate “everyone”. Big goals for a big mission.

In quick succession: France was next, delaying 2nd vaccines with an all-out nationwide effort to deliver the 1st vaccines – South Africa opened up their pharmacy network to vaccinate the population – the head of England’s National Health Service reassured people that they would get their second COVID vaccinations, while they focused on the first vaccinations.

On January 5th, officials of President Trump’s administration started to talk about speeding up their plans to deliver the first shots while holding ½ of the supply in storage for the second slot. It was obvious that this plan with every potential to work was not working at the state level. The general public distribution plan of delivering COVID shots to pharmacies started to be talked about. While following the science and pushing back against other vaccine distribution methods was the official word at first, federal officials faced fierce criticism for the slow pace of immunizations – state officials faced the criticisms as well.

Rethinking strict prioritization for vaccines was fiercely opposed by Dr. Fauci and most of the celeb medical experts, as they pleaded to follow the science. But the scientific path is posing a glaring problem, and a new idea began to take hold.

HHS Secretary Alex Azar went out on a limb by saying at a briefing this week: ‘It would be much better to move quickly and end up vaccinating some lower-priority people than to let vaccines sit around while states try to micromanage this process.”

It might make more sense to simply try to administer as many doses as possible as quickly as possible to those identified most in need. With limited supply there’s an inherent tension between trying to focus first on the people most at risk from the virus — including those most likely to spread it — and getting shots into arms at maximum speed.

Nationwide, only about 29% of the doses delivered to the states have been administered. Calculations began to be talked about that it would take 2 years to vaccinate entire populations. 5.9 million Americans have now been vaccinated. Dr. Fauci said this has been a bump in the road, which can happen with a project of the magnitude of this one.

Within the next two weeks, Operation Warp Speed, the federal government’s vaccine accelerator, estimates 3,000 to 6,000 pharmacies could begin administering Covid-19 shots, according to a senior HHS official.

The public-private partnership is launching earlier than expected, said Mitchel Rothholz, the immunization policy lead for the American Pharmacists Association.

“It doesn’t mean that people aren’t going to be able to step up and be ready,” Rothholz said, adding that the move could speed up immunizations.

Federal officials started to talk about activating their CVS & Walgreens pharmacies. There was conversation that thousands of doses of vaccine were in storage, going unused. And a new plan is rolling out.

An unintentional experiment – 3 hours to vaccinate

In one state during a vaccine event, the freezer unit broke down and so as not to have vaccines destroyed, the event organizers put the word out – they had 3 hours – what good could they do for their citizens? They went to a senior center down the street – they put the word out on social media for seniors to ‘come on down’ and they vaccinated until the vaccine was good. What lesson was learned by that, albeit unintentional, experience?

Now comes the Biden administration which announces yesterday that the vaccination program isn’t working and that on inauguration day – January 20th – they will release all the stockpile of vaccines the United States has.

“We need the freedom to vaccinate – right now,” said Mayor DeBlasio. He wants to see all law enforcement get vaccinated – right now. This puts him at odds with Gov. Cuomo who wants to restrict it to front line healthcare workers and nursing home residents. De Blasio said the city has double the amount of eligible seniors (over 75) as vaccine. But there is state law preventing them from vaccinating anyone. One facility was fined for changing their own method of vaccination. But, in a decision yesterday, Gov. Cuomo has acquiesced to Mayor de Blasio’s request and a new plan for massive vaccinations will launch on Monday.

New plans are beginning to be talked about, but we are not as far along as New York is. Governor Raimondo, who has held the COVID19 crisis close to the vest, has not spoken in 18 days or even been seen in RI. Yesterday, Dr. Alexander-Scott, RIDOH director, spoke, as well as Dr. Chan, but did not address a new system for RI. Rather, different contact tracing was talked about as well as accessing existing treatments in the form of monoclonal antibodies. Dr. Chan said RI is vaccinating with its allocated #1 shot – and admits “it’s slow but we’re getting there”. Saying that it won’t be days or weeks it will be months – and asking for people to be patient. Reporters quizzed state officials about plans to open up vaccine supply, and reach more people, quicker. Occupational risk, age and geography were said to be the equity lens that distribution is being used. “Imperfect as it is”.

Rhode Island has had 72,000 vaccine doses delivered from the federal government. To date, less than 1/2 of that has been administered – with the storing of dose #2 still the plan.

Rhode Island’s Vaccination Plan was developed in October – and not amended since. It is still labeled with the word “DRAFT PLAN” as of today – it can be accessed, here: https://health.ri.gov/publications/plans/RI-COVID-19-Vaccination-Plan-Interim-Draft.pdf

The Rhode Island plan for the week of January 11th is here:

Dr. Fine, an outspoken authority on vaccinations and coronavirus in high-risk populations has said it was time to utilize primary care doctors who could vaccinate their own patients, starting with the over 75 and going down in age increments and combined with high-risk medical issues. He also talks about creatingg vaccination “stations” that could serve groups of 10,000 people, and recommends having Rhode Islanders register for the vaccine now which will give officials an idea of geography for clinic set-ups. Taking a big picture approach, working on the vaccine allotment per week and drilling down on a staffing and detail plan.

Earlier this week we heard from the RI Dept. of Health that some people may have tried to cut the line at a hospital. Hospitals have quickly denied this. But in the effort to stop less than a hundred people who were “out of line” from getting vaccinated, hundreds of others were also prevented, as the computer site went down, and emergency repairs were made to the software.

Vaccinating only 1,798 people yesterday, Rhode Island has little chance of making a serious dent in vaccinations if it continues this way. No sense of urgency seems to be surrounding this effort. Tens of thousands of vaccine are at the ready – in storage – right now.

No details yet – but expect to see the whole system change – and soon – quite likely before January 20th. To those who may have memories of waiting in long lines for sugar-cubes of polio vaccine, this may seem like deja vu – but hopefully long lines and seniors in folding chairs in the winter in New England won’t be the next big thing in this rush to save lives.