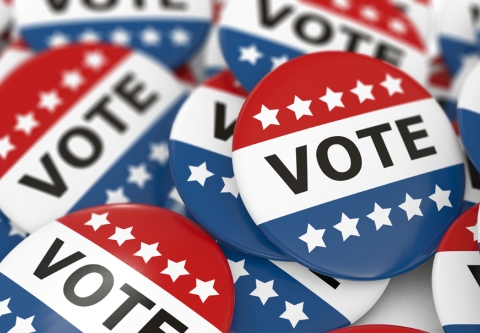 The clock is ticking… It’s 399 days before the upcoming midterm elections.

Following the Democrats winning the White House and taking control of both the House and Senate chambers, Republican-controlled state houses across the nation moved quickly to pass legislation on the voting process. The Republican lawmakers see their legislative strategy as a way to protect and strengthen election integrity. The Democratic lawmakers see it as a way to restrict voter access, motivated by voter fraud claims coming out of the 2020 elections.

According to the New York-based Brennan Center for Justice (BCJ), “…at least 18 states enacted laws that restrict access to vote. These laws make mail voting and early voting more difficult, impose harsher voter ID requirements, and make faulty voter purges more likely among other things. More than 400 bills with provisions that restrict voting access have been introduced in 49 states in the 2021 legislative sessions.”

At the same time, more than 900 bills were dropped in the legislative hopper expanding voter access in 49 states during the 2021 legislative session, says BCJ, noting that at least 25 states enacted 54 laws with provisions to expand voting access. These laws expand access to early and mail voting, make voter registration easier, and restore voting rights to Americans with past convictions.

Democratic lawmakers say Congress has the power to block Republican efforts at the state level. As of March 2021, the For the People Act passed by the House now awaits action in the Senate; and would reduce the impact of many state-level restrictions by creating new national standards for elections, while preventing common forms of voter suppression and easing access to voting. Democrats are also pushing for passage of the John Lewis Voting Rights Advancement Act to protect voters by preventing discriminatory election laws from being implemented.

On May 11, Senator Amy Klobuchar, (D-Minnesota), Chairwoman of the Committee on Rules and Administration with oversight over federal elections and campaign finance law, opened the markup of the For the People Act, highlighting how the bill makes elections fair, ensures the ability of all Americans to vote safely in the way that is best for them, and reduces the influence of big money over the political system.

“The For the People Act is about reducing the power of big money in our elections by ending secret spending by billionaires and special interests,” she said, noting that provisions include anti-corruption reforms.

“What we’ve learned from the 2020 election is that you can simultaneously make elections fair and secure while giving voters options that work for them – in fact, the two go hand-in-hand. Many states took steps exactly like that, extending options for voters to vote by mail and vote early,” says the Minnesota Senator.

But in the wake of an historic election, when so many Americans cast their ballots in the middle of a pandemic, the effort seen as undermining the freedom to vote for future elections has been strong and coordinated – with over 360 bills introduced in 47 state legislatures this.

Bills in Republican-controlled state legislatures “would limit voting by mail, purge voters from rolls, restrict early voting, or all of the above, making it harder for millions of Americans to have their voices heard in our democracy,” says Klobuchar. “At the same time, secret money is flooding our elections, denying voters their right to know who is trying to influence their vote.”

“In the face of these efforts to roll back voting rights in so many states, the bill is based on a simple idea – that Americans must be able to freely choose their elected officials and government must be accountable to the people. This is not a Democratic or Republican idea – it is a core American idea,” says Klobuchar.

Ted Cruz (R-Texas), a minority member of this Senate Committee, delivered scathing opening remarks at the Senate Rules Committee meeting on S.1, the Democrats 800-plus-page partisan election bill.  During the markup session, he referred to it as ‘The Corrupt Politicians Act’.  The Texas Senator also brought with him a laundry list of 46 proposed amendments to protect election security.

According to Cruz, S. 1 is “the most radical” legislation the Senate has considered since he was sworn in as Senator, over nine years ago. He referred to the legislation as Jim Crow 2.0, noting that this bill would disenfranchise millions of Americans. Cruz claims that the legislation is designed to ensure that Democrats never lose another election, alleging the legislation would register millions of illegal aliens to vote for Democrats. “That is the intended effect, and that would be the actual effect, of this bill. It dilutes the legal votes of American citizens,” he said.

“The Democratic voter reform bill says it’s illegal for any state to have a voter ID law; ballot harvesting – 31 states prohibit ballot harvesting. Why? Because it is a corrupt practice where paid operatives handle the ballots of someone else, and it has repeatedly led to instances of stealing votes. What does this bill do? It strikes down all 31 states’ restrictions on ballot harvesting,” Cruz charges.  .

The Washington, DC-based National Committee to Protect Social Security and Medicare (NCPSSM) along with 40 senior advocates and political influencers, has called on Senators Krysten Sinema (D-AZ) and Joe Manchin (D-WV) to support changes to the filibuster to protect older Americans’ voting rights. In a Sept. 21 letter to the two moderate Senators, NCPSSM President and CEO Max Richtman writes that adjusting the Senate filibuster is the only way to safeguard ballot access for seniors if enough Republican Senators won’t support new federal voting rights legislation. Such legislation is necessary, says Richtman, because of restrictive, new state laws that infringe on seniors’ right to vote by mail.

“We urge you to support a narrow change to the filibuster rule to allow the Senate to approve new voting rights legislation by a simple majority vote. This crucial legislation will help to protect our democracy and the right to vote for all Americans, including older Arizonans who cast ballots by mail,” says Richtman.

“Currently, seniors who are immobile, sick, or don’t want to risk being infected by the Delta COVID variant can request mail ballots — along with those who cannot drive or lack access to mass transit,” says Richtman. “Voting by mail allows these older citizens to exercise their constitutional rights in a safe, convenient way. In 2020, the majority of voters over age 65 cast their ballots by mail. Multiple studies have shown vote-by-mail to be consistently free of fraud,” he says.

According to Richtman, study findings note that vote-by-mail to be consistently free of fraud. For instance, a Massachusetts Institute of Technology study results show that only 0.00006% of 250 million votes by mailed ballots nationwide were fraudulent. Additionally, scholars at Stanford University analyzing 1996-2018 data in California, Utah and Washington found vote-by-mail did not advantage one political party over another, he said.

During the 2020 elections, many seniors chose to vote-by-mail to exercise their right to vote; more importantly to stay safe during the COVID-19 pandemic,” says Richtman, noting that 41% of voters aged 50-64 and 55% of voters over age 65 voted by mail in the 2020 election.

“The safety and convenience of this method of voting is likely to prove equally effective in future elections – unless state legislatures decide to obstruct voting by mail,” adds Richtman.

Richtman said, “Given the advantages and encouraging results of the nation’s vote-by-mail experience, and the paucity of evidence of voter fraud, we question why so many states are moving in the opposite direction – to discourage vote-by-mail.”

“The For the People Act would protect all Americans from new state voter suppression laws by setting national mail-in voting standards and guaranteeing no-excuse mail-in voting,” says Richtman, noting that S. 1 requires states to give every voter the option to vote by mail, calls for prepaid postage for all election materials, and state-provided drop boxes for federal races.

With the mid-terms fast approaching, Congress must find common ground to ensure election integrity at the polls, but also to ensure voter access, especially for seniors to vote.